Cut/Prompt, an exhibition by Sam Derounian (b. Hexham, UK, 1987) and Douglas Morland (b. Glasgow, UK, 1974), is the outcome of a year-long collaborative exchange of ideas and information between the two artists. The resulting work reflects both the etiquette and absurdity that emerges during process and production – like a snapshot from a slapstick stage play – forming a highly theatrical altercation between language, image and object.

Based in Copenhagen and Glasgow respectively, Derounian and Morland operate principally in sculptural and image-based media. They are preoccupied with the use of theatrical and performance-related imagery and conventions, which are used in both their cases as (self-) critical vocabularies for examining visual and written language’s communicative ability and limitations.

Over the last year, the artists have been exchanging what they refer to as ‘prompts’ – cryptic, typographic and image-based transmissions – which take on and parody the form of the dramaturgical script. These have been used to elicit responses from one another, with one subsequently interpreting or translating the ‘prompt’ sent by the other into object form. Their function has been to act as deliberately cryptic or obscure catalysts, which begin subjective dialogues, set however within the defined objective parameters chosen to reflect the artists’ shared concerns.

The result of this process is the intentional derailment of a clear or logical sense of one another’s intentions. Instead what occurs here are wilful accidents, a blurring of objective and subjective readings and an engagement with the instability inherent in any process of communication between collaborators, particularly when there is a dependence upon and awareness of the material limitations of artistic media. Processes and materials visible in Cut/Prompt such as screenprinting and hand-dyed fabric suggest a tension between the ‘mediated’ and the ‘real’ in relation to both a material’s ability to carry information, and how aesthetic choices determine the legibility of that information.

With this instability and these limitations in mind, Cut/Prompt explores the space that can lie between a script and its reader’s subjective interpretation of it (and furthermore between that and the audience’s reading of this very interpretation), a space of the possibility of meaning.

Sam Derounian is an English artist currently based in Copenhagen. Since graduating from Glasgow School of Art in 2011 he has exhibited both in the UK and internationally. Recent exhibitions include Contact Sport, Café Warschau, Berlin, Almost a Year of Rectangles, Art Licks Weekend, London, Monologue, OK Corral, Copenhagen, and Guerre-en-Scene, Glasgow Project Room.

Douglas Morland is a Glasgow-based visual artist who completed the MFA at Glasgow School of Art in 2003 and has since exhibited widely both in the UK and abroad. Recent exhibitions include time/zones at The Akademie Der Künste, Berlin, As Long as the Signal Is…, The Briggait Glasgow, Chinagraph Spill Cracked Oil Cracked Oil at the Glasgow Project Room, High-Slack-Low-Slack-High at The Glasgow International Festival of Visual Art 2012, Papa Oom Mow Mow at DCR, Den Haag, Netherlands. 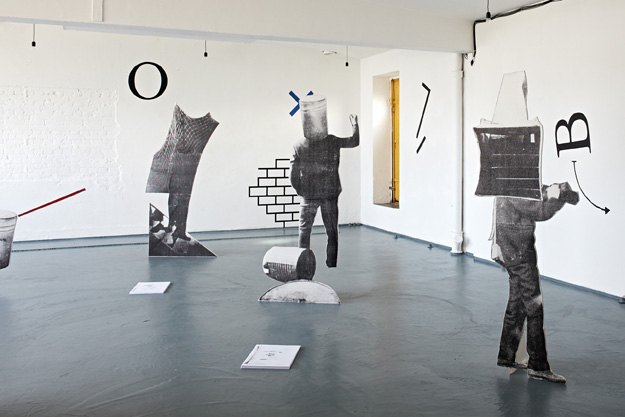 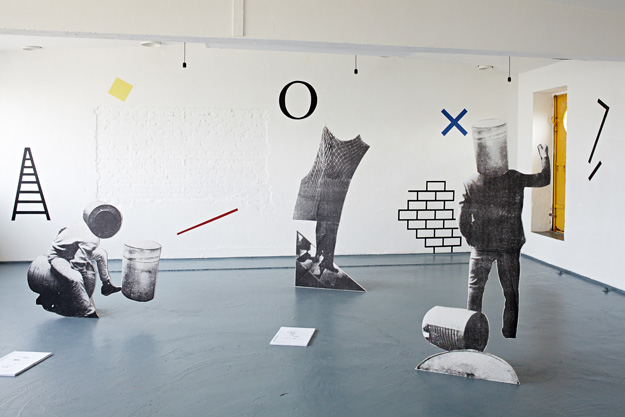 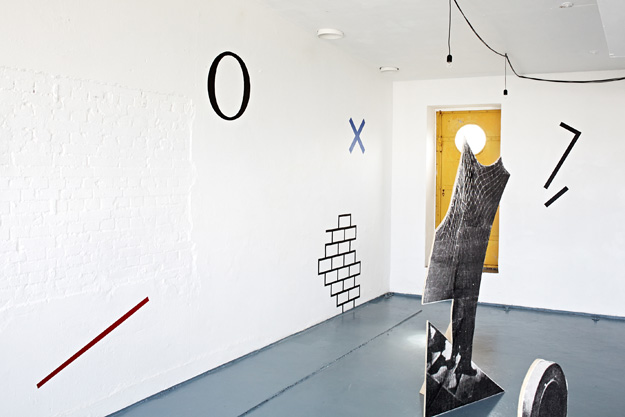 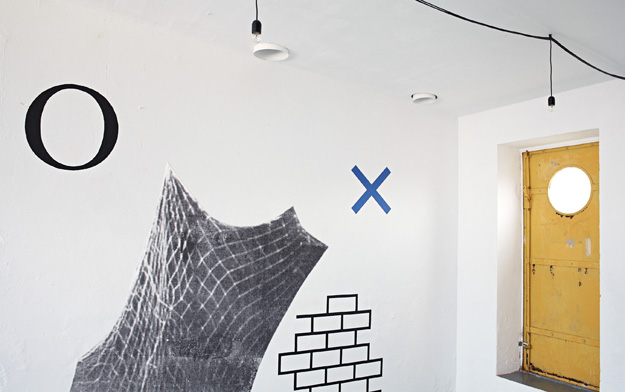 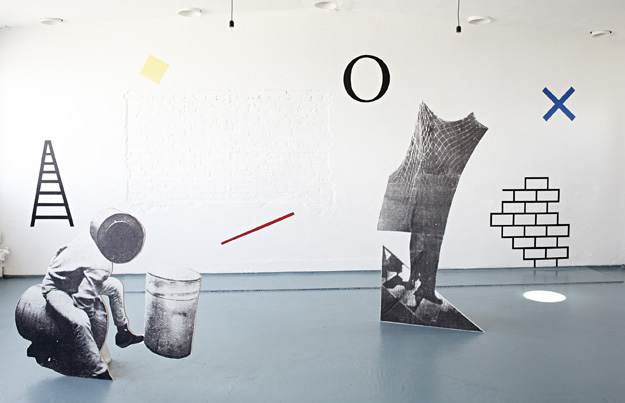 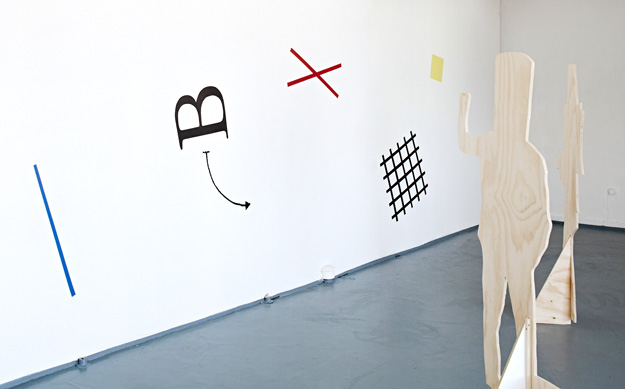 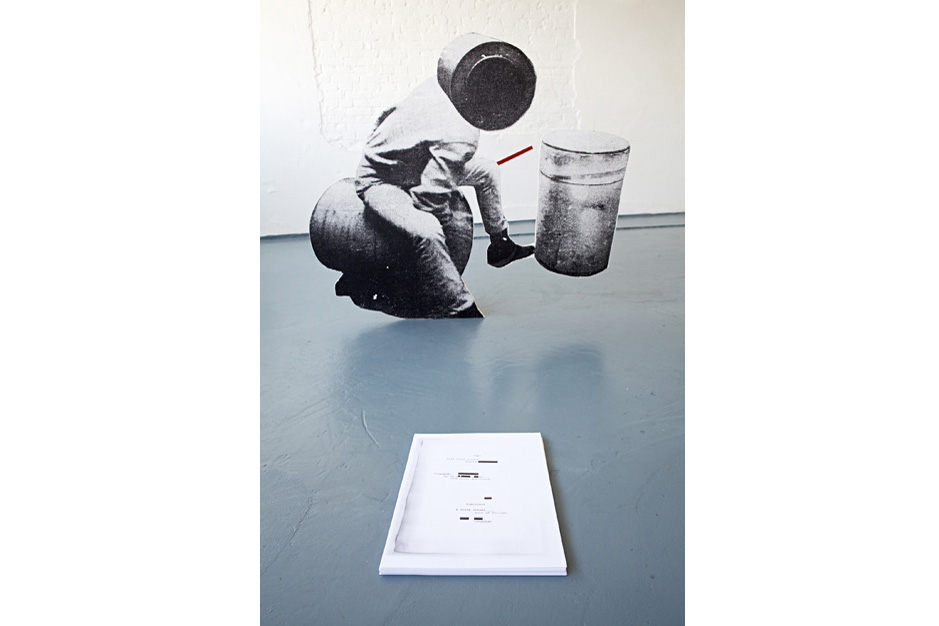 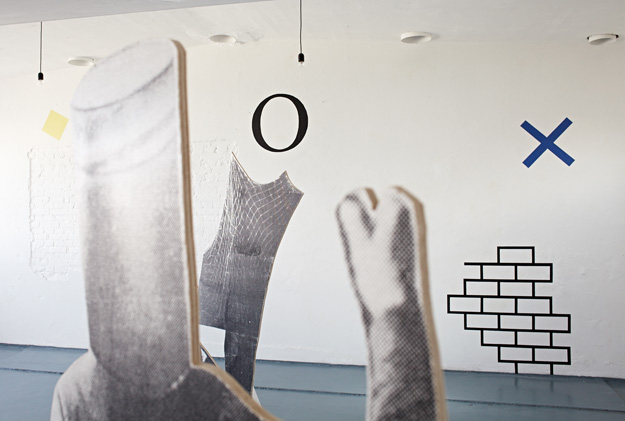 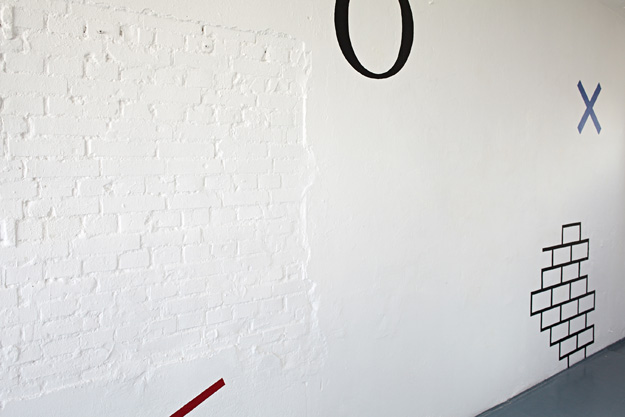 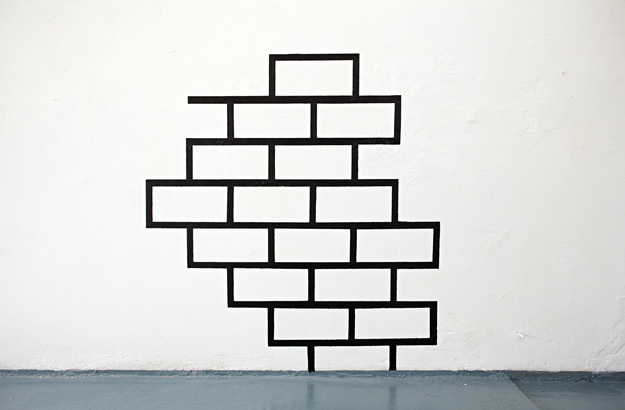 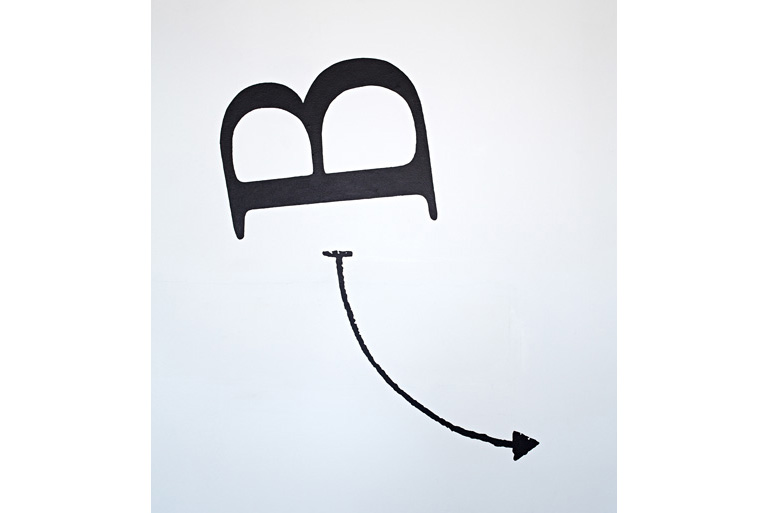 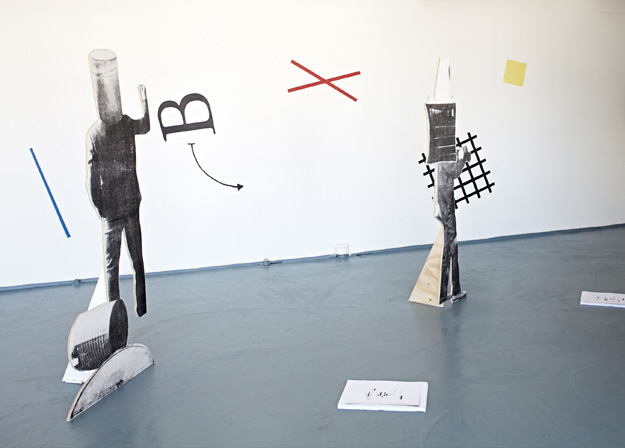 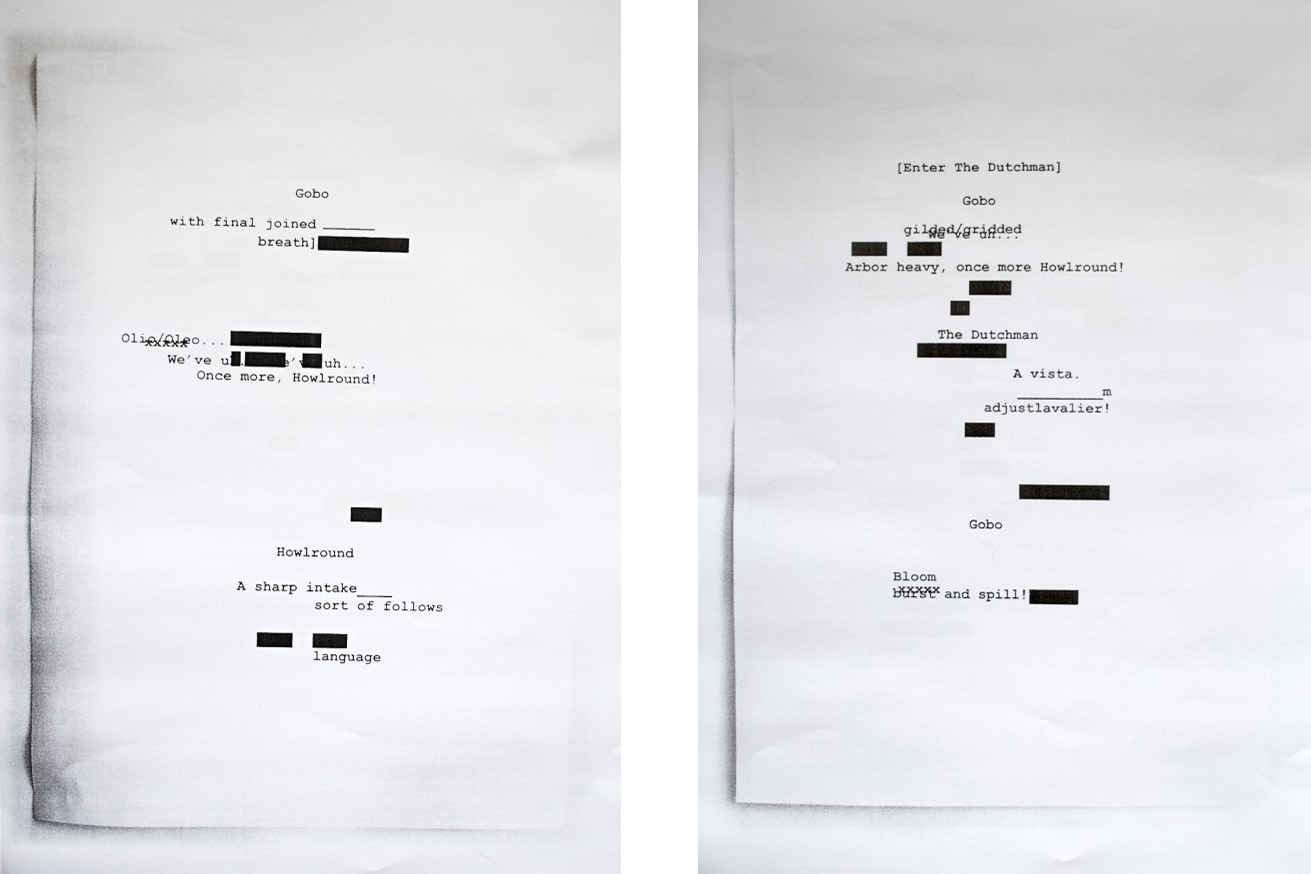 Article about the exhibition, in conversation with the artists, on Kunsten.nu