Digital technologies are on all accounts becoming increasingly integrated with our perception and reception of the world around us. We navigate in large networks of simulated visual realities, while the interfaces grow increasingly smaller and move closer to our bodies. On the one hand, the projection of light and sound across long distances, for example in the form of the telephone and television, is nothing new, in fact we have become so used to it that it may no longer make sense to refer to as separated from our experience of what is ‘natural’. On the other, the mediation of interaction through digital technologies is developing at such a pace that it is clearly an issue which commands our attention, causing us to reflect on how our perception of the world and relations to each other may or may not be affected. Nature and the natural continue to be terms which we use, perhaps even cling to, because nature as it was before the advent of human technologies still has an effect on us: research shows, for example, that when we look at the green colour of trees, we measurably relax.

The works in the exhibition activate our sensory and perceptual registers. They span the spectrum from those that are pleasurable and alluring, creating effects which stimulate our senses and lull us into optical dreamscapes, to those which put us on edge and cause us to fear that the technology is about to melt down.

In David Stjernholm’s piece Diorama, the coloured light from a photographic image is reflected off the walls, and is perceived as brighter or weaker through the course of the day, as the diurnal cycle of natural light interacts with the constant value of the artificial light. The photo documents a classic wide open skyscape from the expansive nature of the American west, where the billboard is a wellknown symbol of communication along the highways.

In Astrid Myntekær’s piece Dream Vision, disorienting yet alluring effects draw us in, causing the perception of space to become malleable and fluid, moving across the walls and through the space in alternating tempi. High tech materials such as fresnel lenses are linked with industrial products and more humble and recognisable materials from DIY shops, creating new objects and hacking existing products, which interact with each other in a sculptural, almost performative way. An attempt is made to balance between the material and the immaterial, and between physical objects and emotional, mental experiences.

In Jacob Jessen’s untitled videos, technological equipment is exposed to natural elements – fire, heat – until it can no longer resist and breaks down. Complex human inventions are rendered useless by elemental forces. The effects can be at the same time aesthetically beautiful in a classic sense, yet difficult for our senses to endure, for example, a static noise emanates from one piece, rising to a fever pitch that dominates the space. 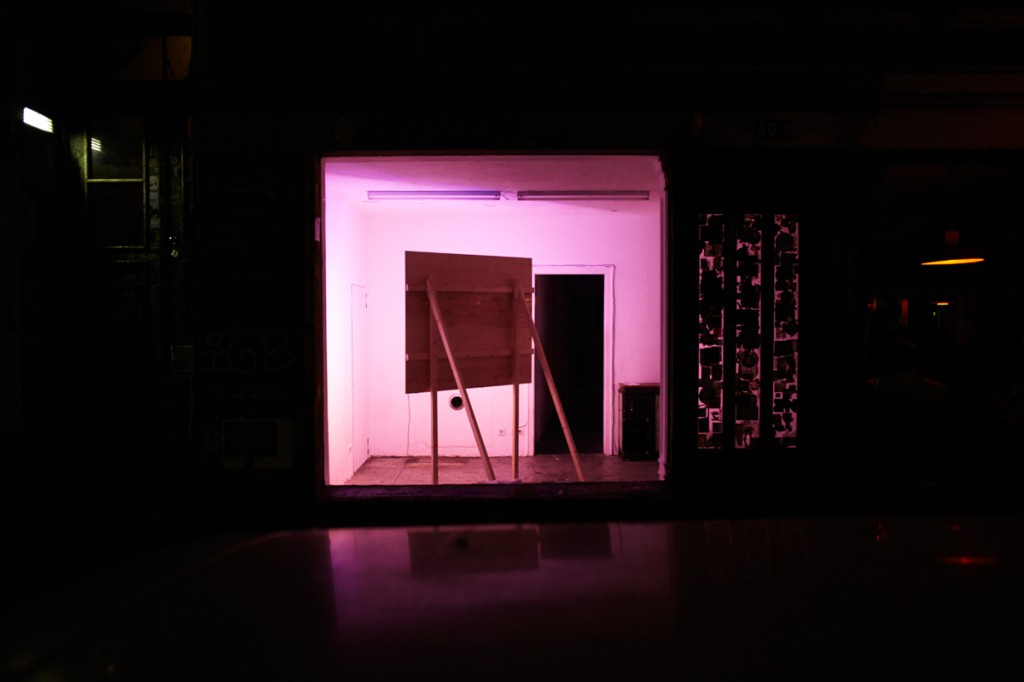 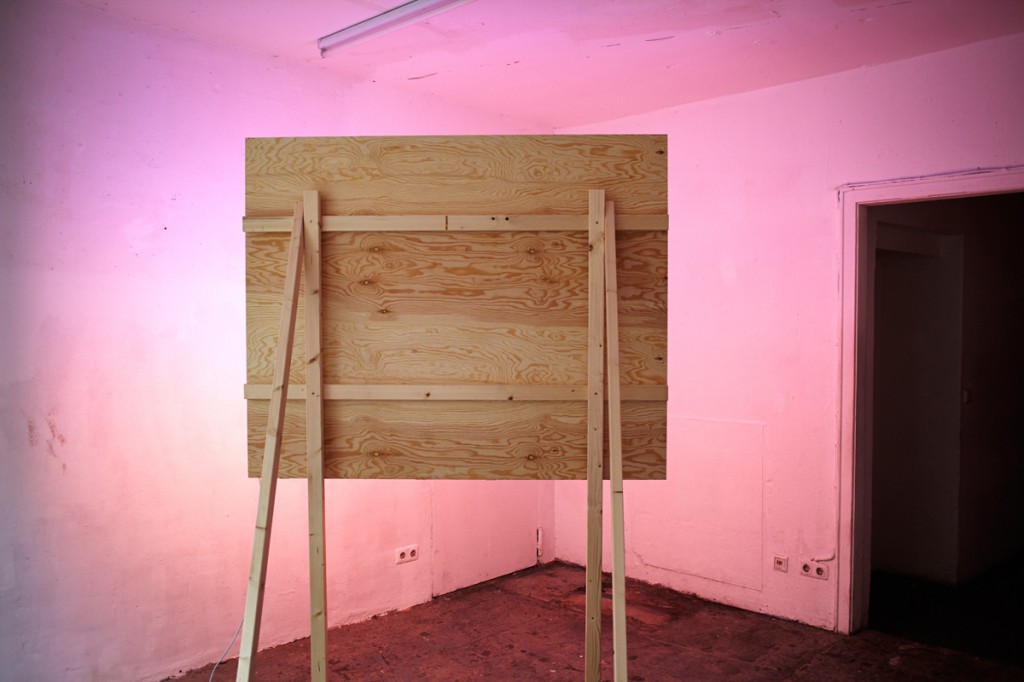 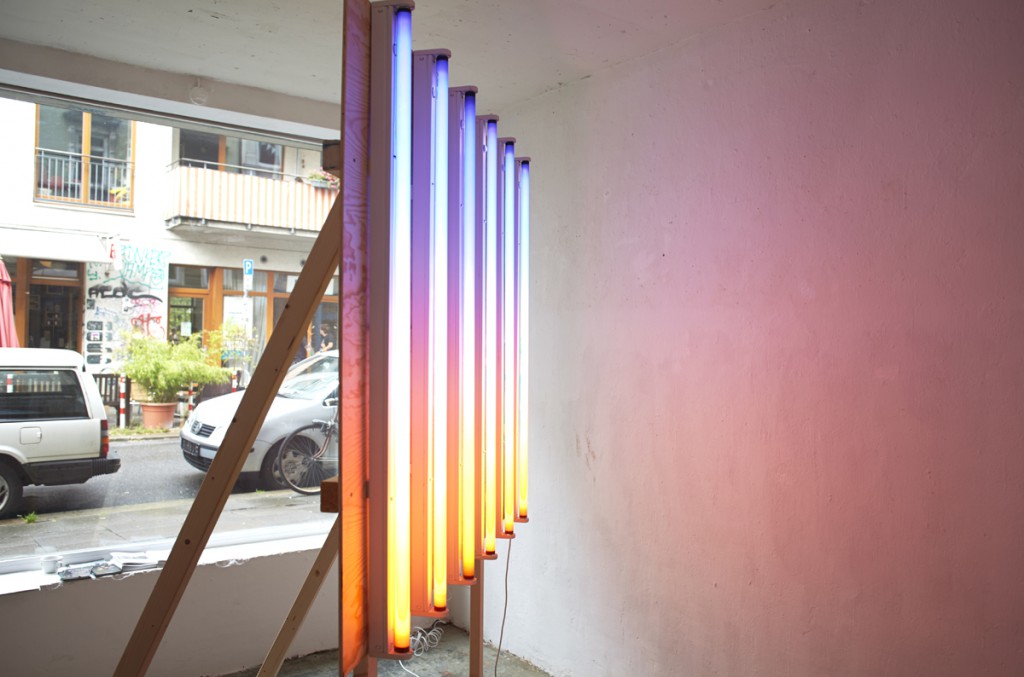 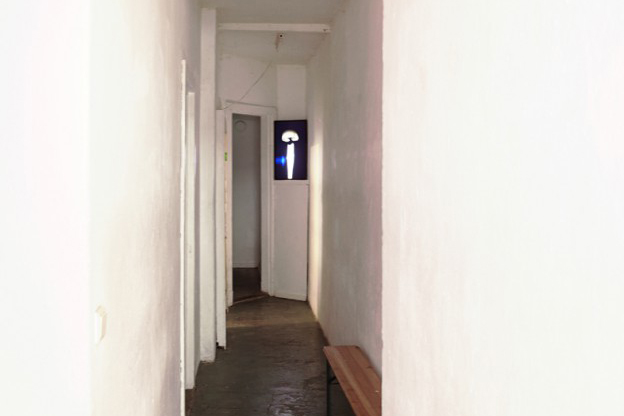 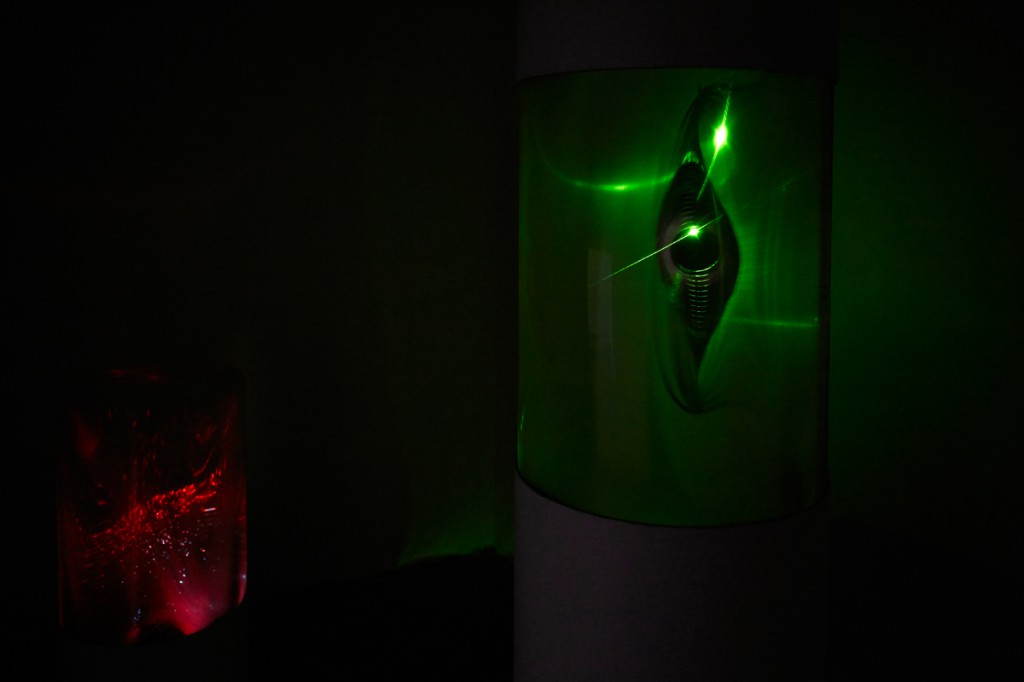 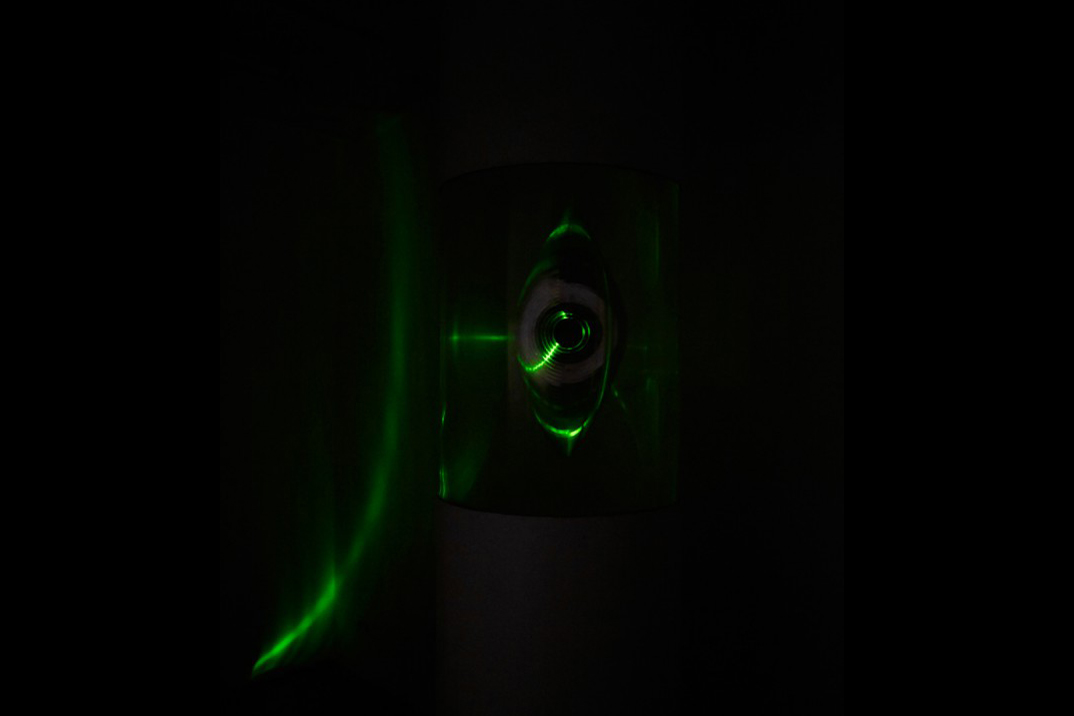 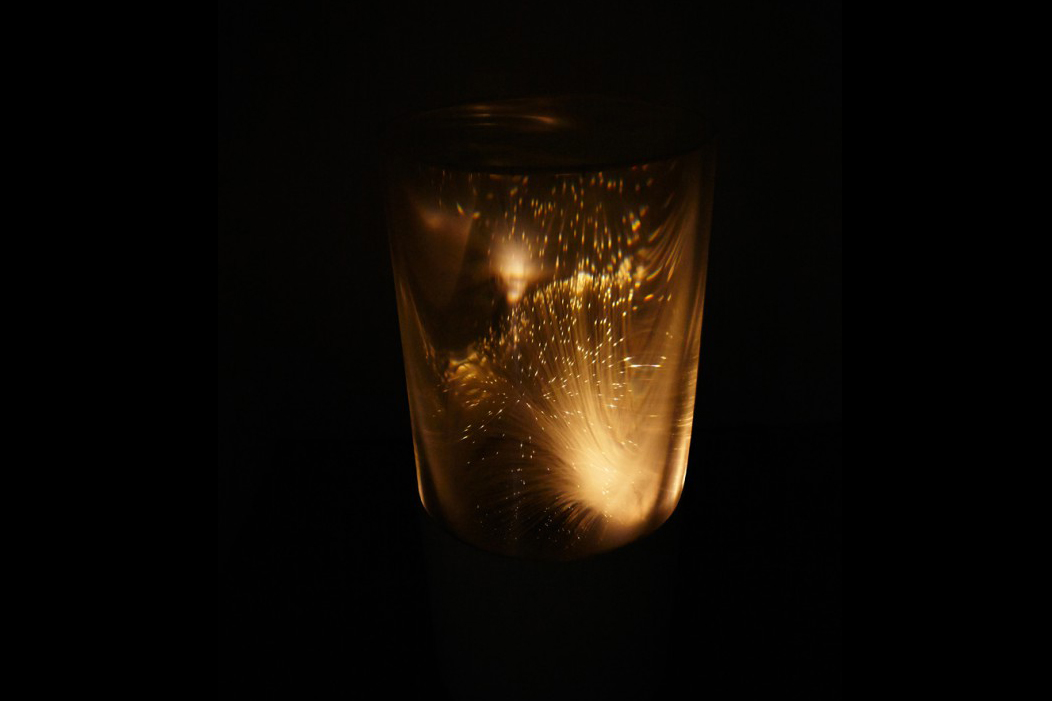 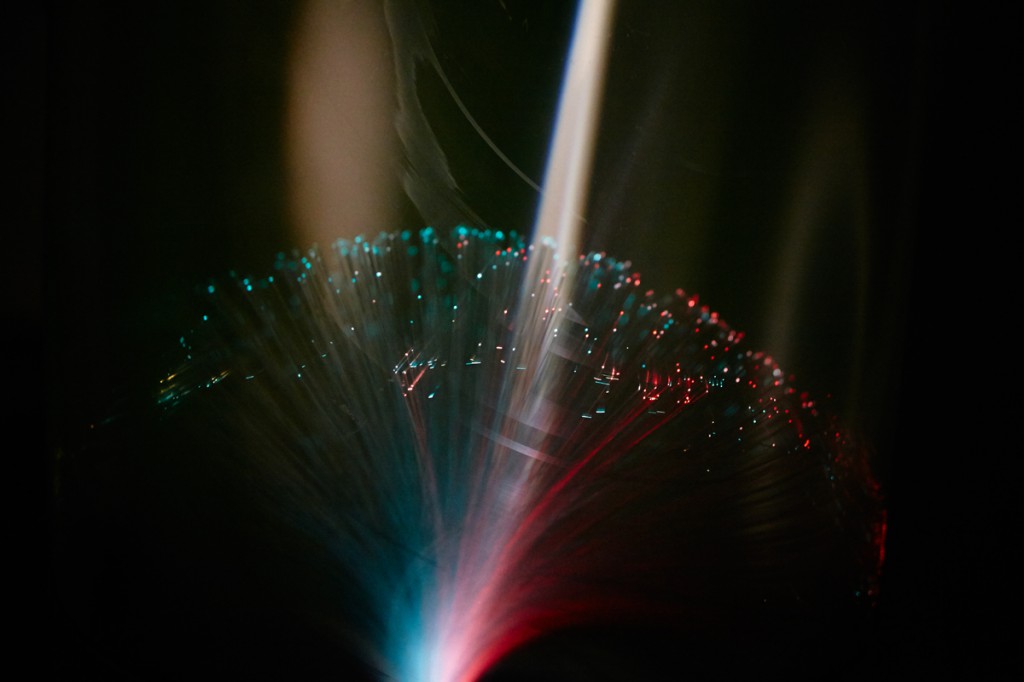 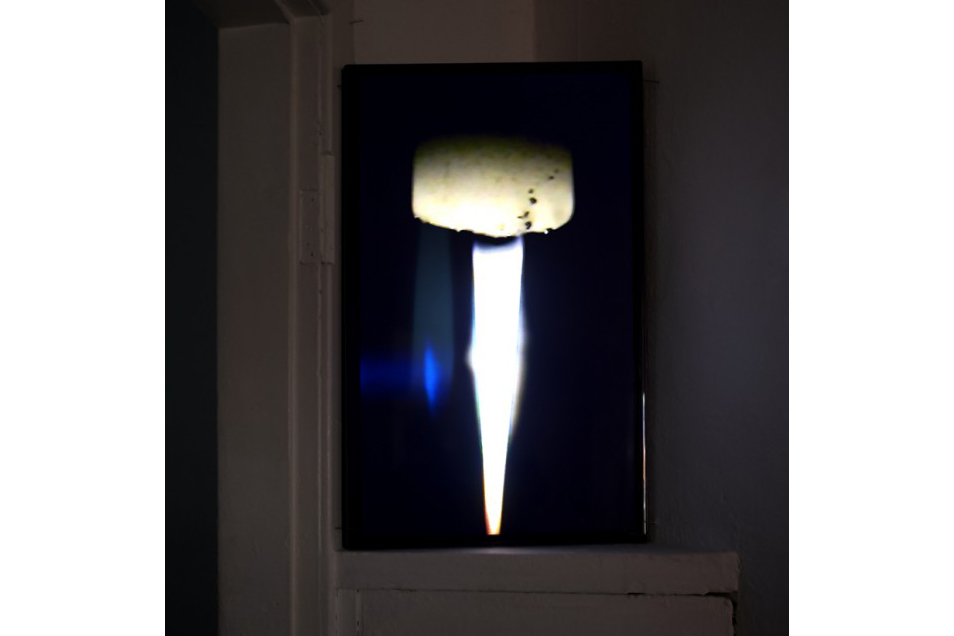 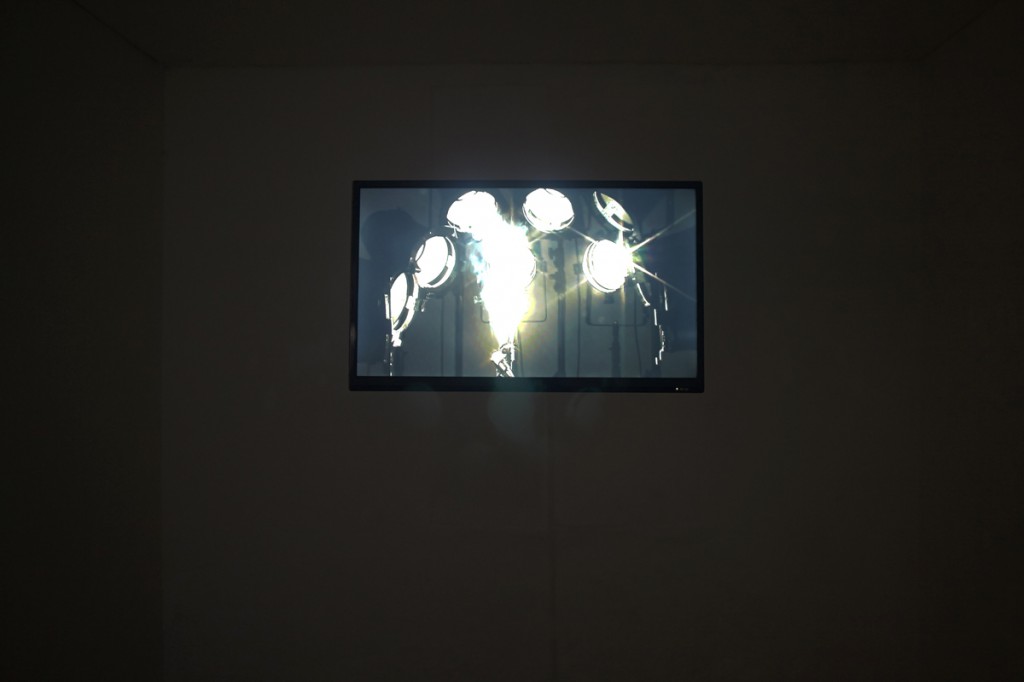 Pictures from the City Link festival in Hamburg