The use we make of architectural spaces changes over time, and architecture is simultaneously formed by the use people make of it, and restricts and forms the way people can use it. A site has a history, a story it carries with it from its earlier existence and function.

The space in which 68 Square Metres is situated previously belonged to a paint and lacquer company. Traces of the earlier usage of the exhibition space can be seen in the remains of industrial components and the unadorned concrete shell. The artefacts housed by the space are now of quite another order, demanding a different disposition of the space, which necessarily creates a different feel. Architecture can be said to have an atmosphere that affects us strongly when we enter a space, we instinctively feel whether like or don’t like the space we are in. The physicality of architectural spaces has a strong psychological effect on us.

In the future, the function of the space may well change again, or perhaps it will even be razed to the ground, in the same way that other human artefacts are readily recycled and reused in a constantly changing symbiosis of humans and their objects.

In Martha Hjorth Jessen’s (DK/NL) Architectural Recalibration a motorised wire framework is periodically raised and lowered from a basin, the fields between the wires filled with soapy skins that throw light and colour back at the viewer like the glazed surfaces of modern and postmodern architecture. But whereas the mass of a skyscraper dominates space, Jessen’s constructions are delicate and open to change. They come into their own when the viewer gives in to the almost irresistible urge to blow soap bubbles out into the space, leaving only the framework standing. The viewer is drawn into both the creation and destruction of the work.

Ceramicist Amanda Small (US) creates installations that investigate man’s relation to nature in a highly technological era through the organic unfolding of forms in the space around us. Her work explores ways to utilise repetitive and shared pattern as a metaphor for collective experiences, discussing the relationship between ourselves, technology, and our collective “memory” recorded in these patterns. For 68 Square Metres she has produced a new piece, (Some)Where We Meet, in which the organic forms and patterns drawn from the map of Skælskør, where she is currently resident at Guldagergaard International Ceramic Research Center, have taken over a corner of the space.

David Katz (US) is interested in the relation of humans to the orders and systems they create, exploring the potential of these systems to be both confining and liberating. Social forms, of which our architecture is also an expression, can restrict us, yet are also the foundation of our social existence. He explores these ideas through formal abstraction, combining organic and non-organic forms, represented here by the piece Self-imposed.

Ane Fabricius Christiansen (DK) has throughout her work returned to an interest in the dissolution of clay in water. In the series Sediment we both see and hear the process, the reduction of a renowned Danish cultural artefact, Royal Copenhagen’s ‘Half lace’ coffee cup, to formlessness. The cultural connotations of the product’s design and usage gradually, and quite literally, fall away from it, so that finally only the raw material remains, ready to be reused in producing something new. 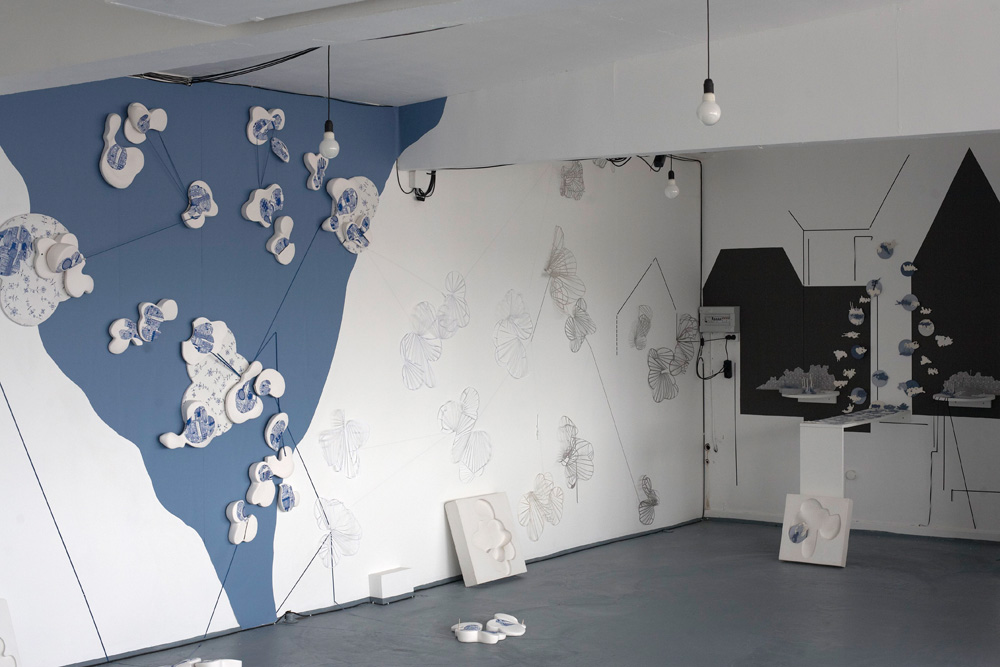 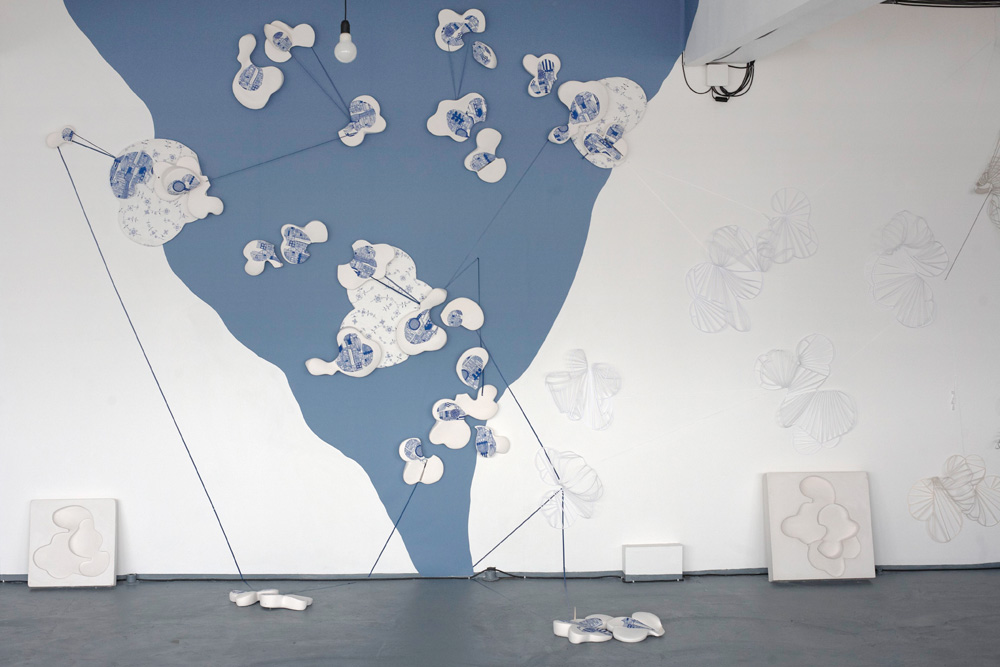 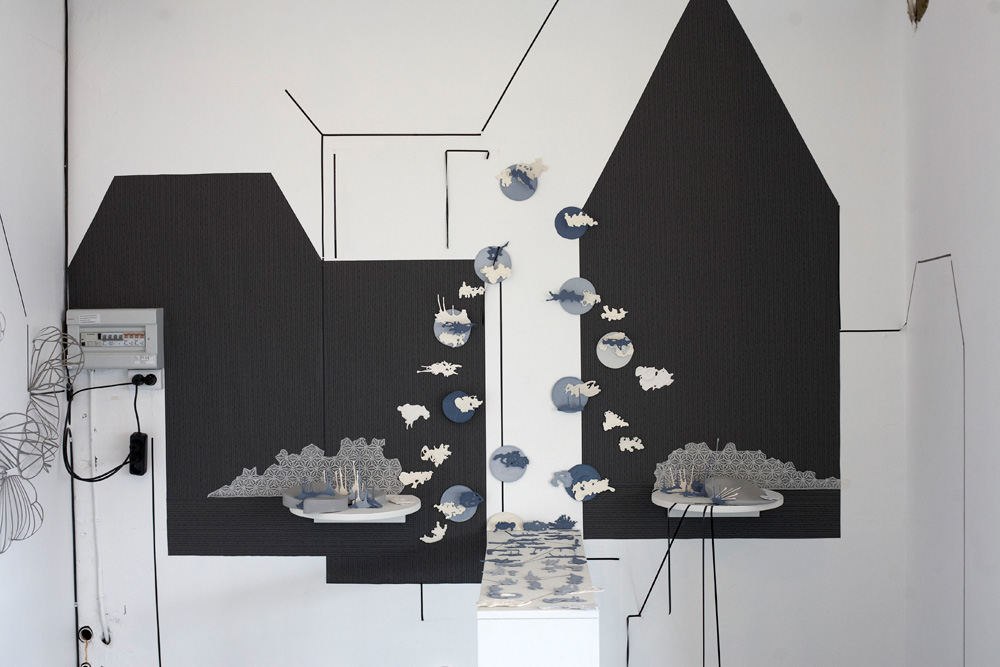 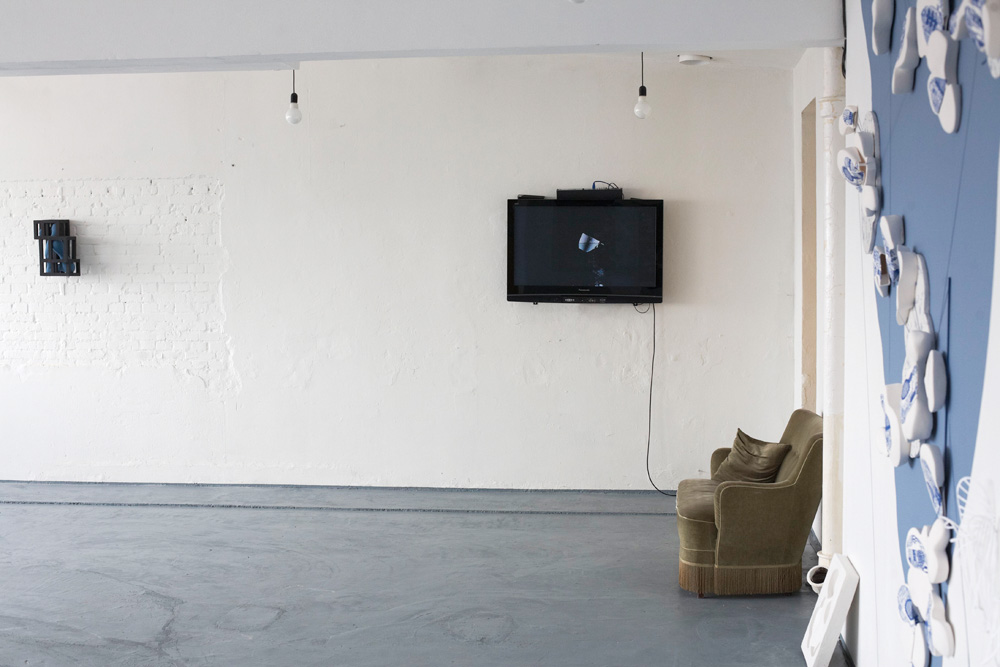 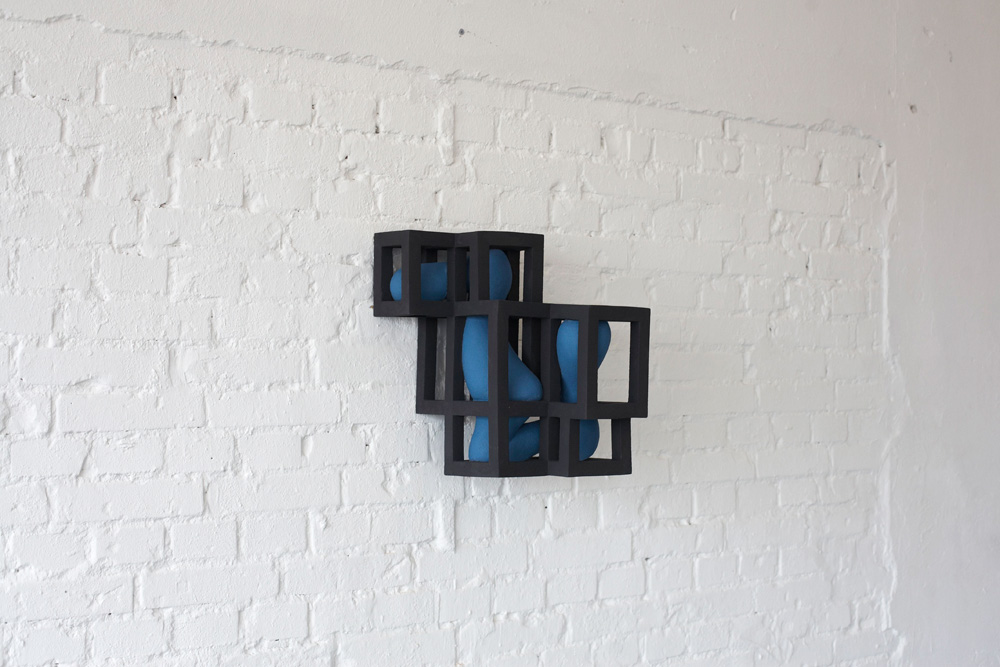 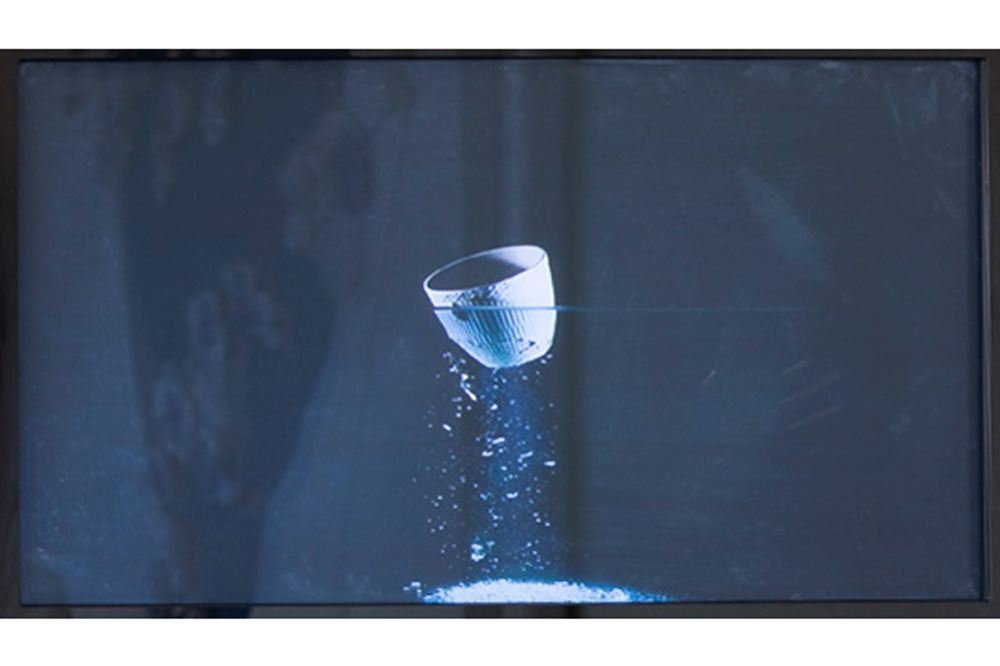 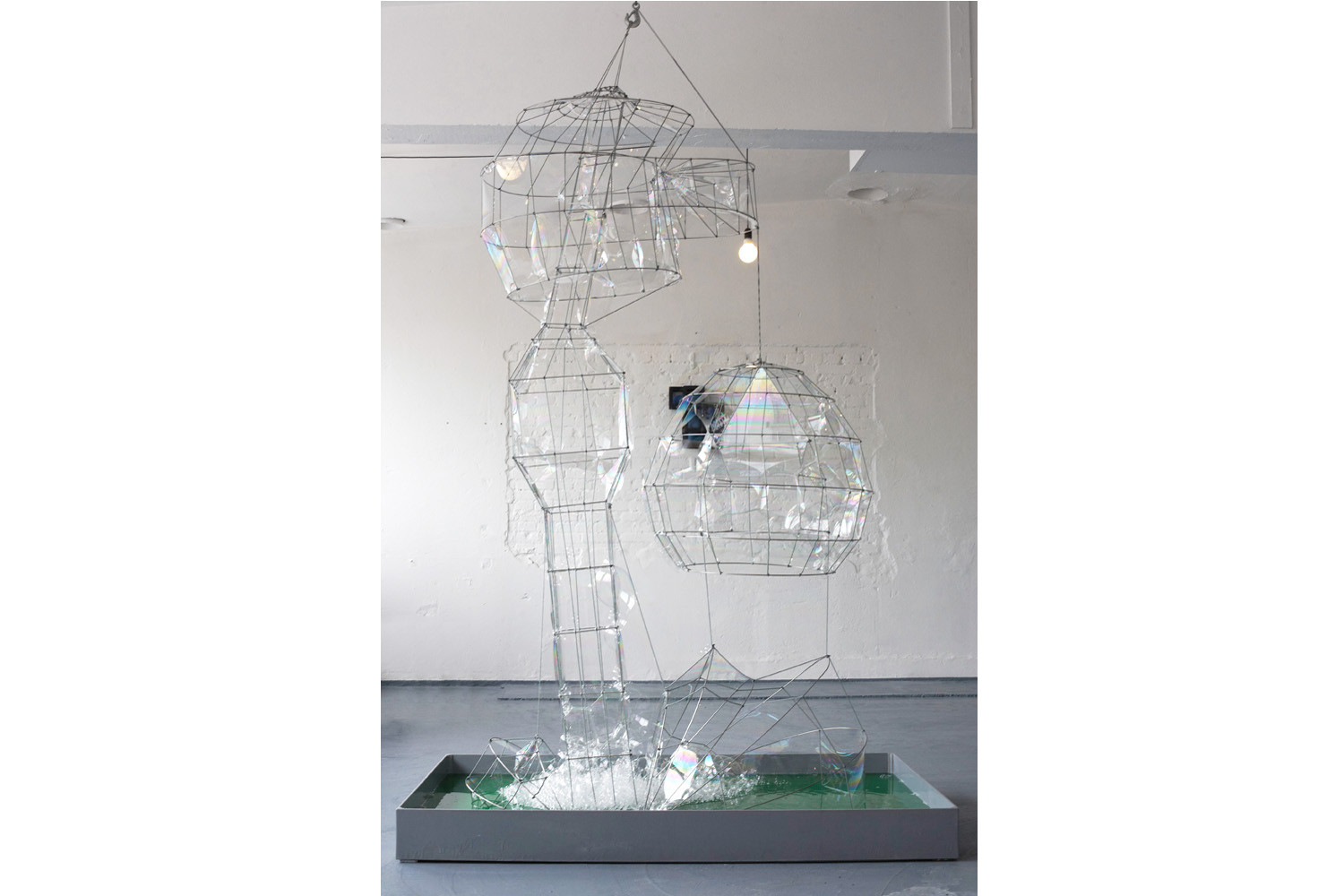