The exhibition title Kuckuck is the German word for cuckoo – the bird which destroys other birds’ nests from within by placing an egg there. When the egg has developed and the cuckoo hatches it claims territory simply by pushing the other eggs out. In Danish the word kuckuck is also a description of people who are a bit strange.

In the exhibition Kuckuck all three artists work with paradoxes of destruction as a creative expression. Through this the artists problematise the order of things and the idea of ‘the original’.

Gisa Pantel (DE) retells the story of two women with apparently opposite fates. While Amanda has gone from culprit to victim, Natascha’s story has developed in the opposite direction. Through text and image Pantel tries to make the two opposing biographies ‘neutralise’ one another by composing one doppelgänger figure. Their new face appears to be released from the deformations the mass media have enacted upon them, but at the same time disfigures them entirely.

Biba Fibiger (DK) focuses on ‘time’. Tools which normally grasp moments decline here from their state of normality as they materialise time and its states of impossibility. The installation makes use of two philosophical statements about the nature of time which stand in sharp contrast to one another. Through the material, she plays the two extreme standpoints off against one another in a humorous way, on which the viewer has direct influence.

Also, through the repeated attempts to draw a circle in 24 seconds, Fibiger traces time and its natural decay. The 3600 drawings (1 hour), which gradually disappear, as the viewer is free to take home a signed drawing, materialise the passage of time and our impossibility of grasping it.

The drawings play along with a video that embodies a continuous 24 hours travel through space.

Julie Bitsch (DK) focuses on the tension between the porosity of plaster as a material and the associations usually made to the forms she has cast: a hammer, a crowbar, a brick wall. Where we expect strength, and a culturally defined, almost involuntary association to masculinity, we encounter ‘weakness’, the possibility of disintegration. Amongst these casts of tools, we also find a classically modelled female torso, an ideal of woman and of beauty, noticeably small in scale, set off against the one-to-one casts of utilitarian objects.

The destruction process starts quietly and steadily, with only minor scratches and damages, the physical artworks remaining intact and untouched. Looking at the finished objects and their metamorphosis, we are for a few moments left in doubt about exactly where in the process of creation and exhibition we find ourselves.

Curated by the artists. 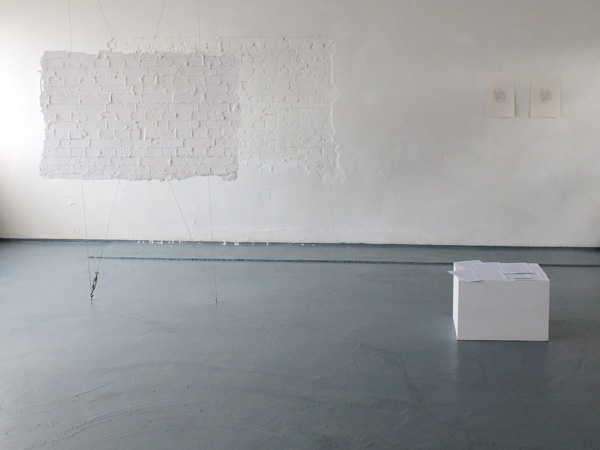 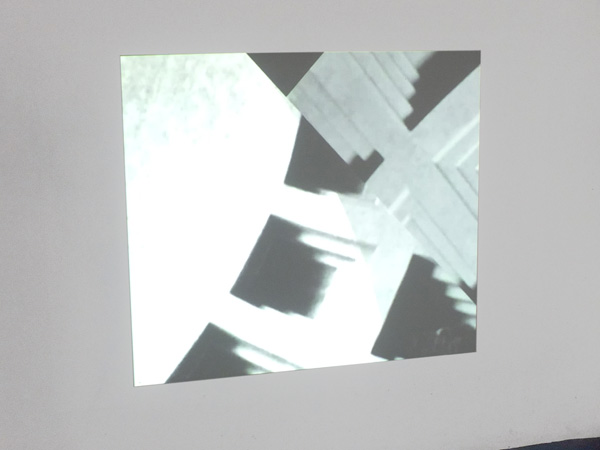 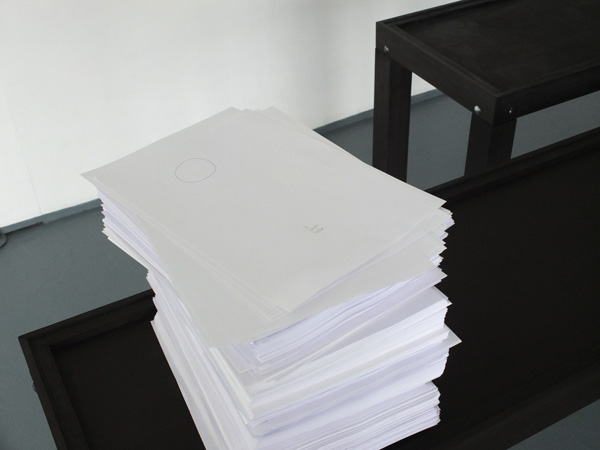 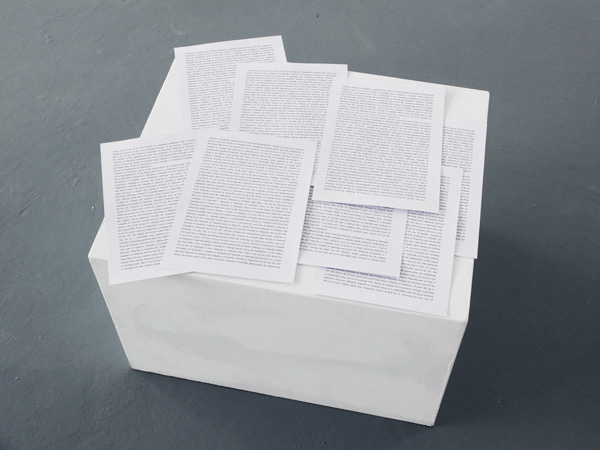 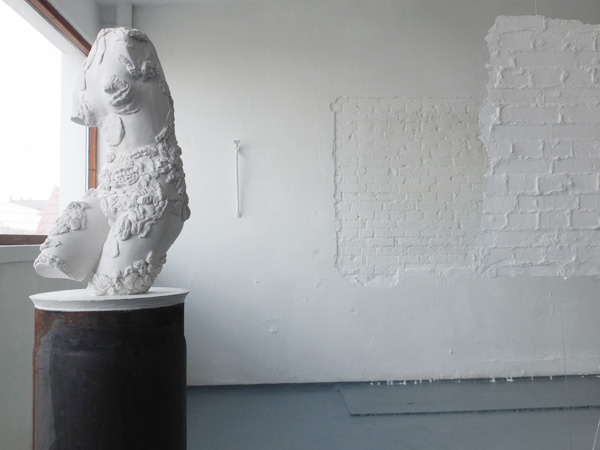 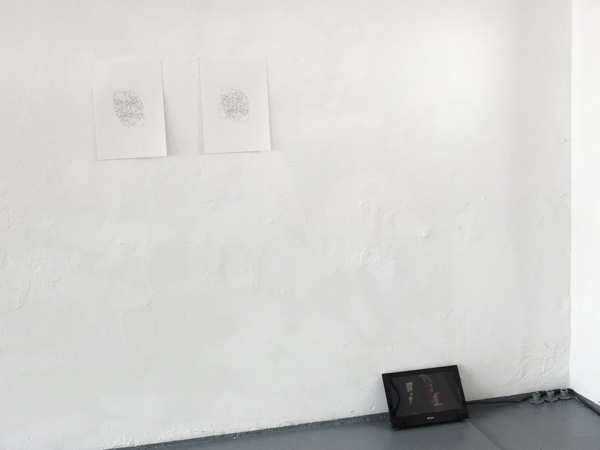 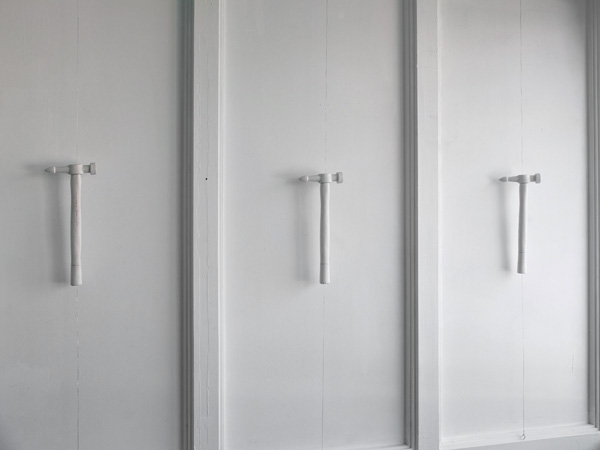 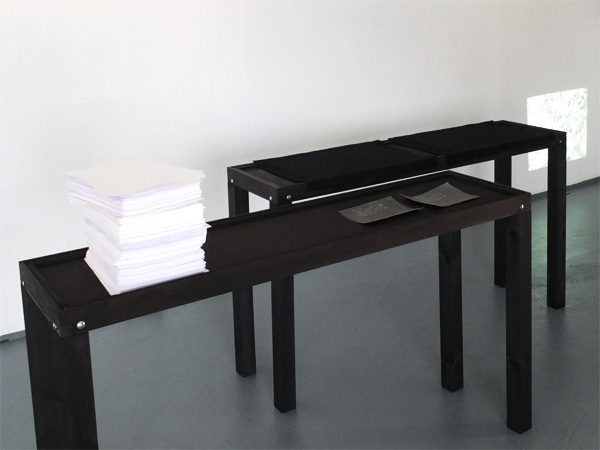 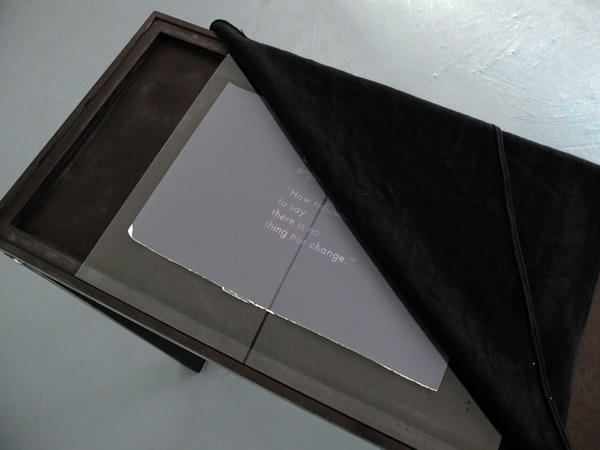 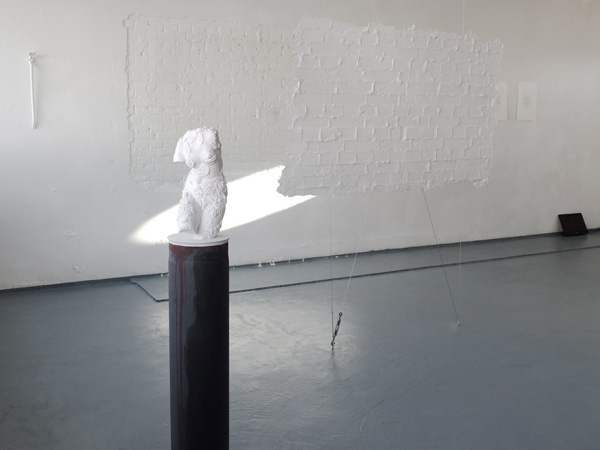 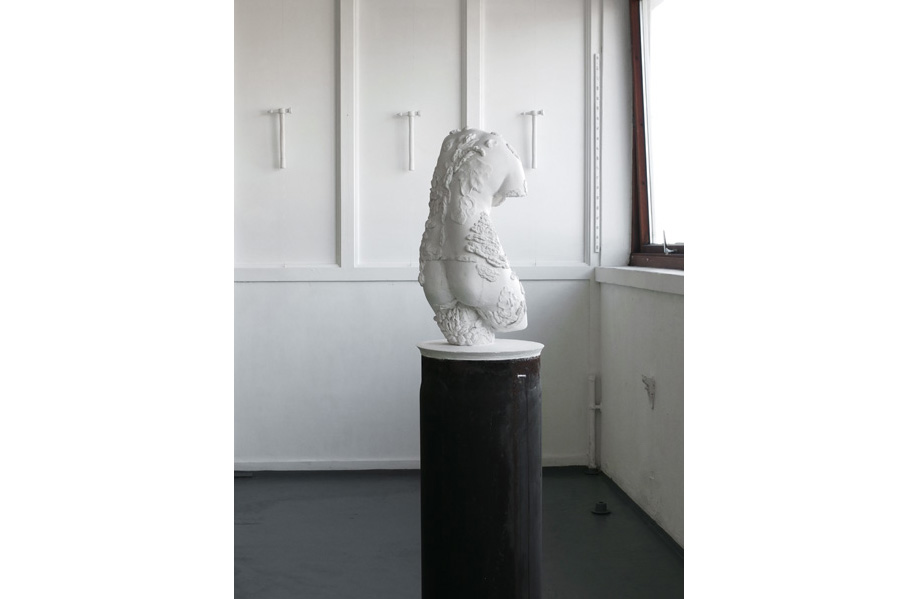 Kuckuck – interview with the artists in Kopenhagen (in English): PDF