The exhibition shows new works by artists Saskia Te Nicklin, Stefania Batoeva, and Esmeralda Valencia Lindström. The works in the exhibition examine the ideal and its inescapable limitations. The ideal as kind of over-individualised consciousness which manifests itself in each individual. Our present time cultivates the highly individualised – a sanctification of the competitive, the agile, and the idea of the perfect presentation. Cunningly the ideal sneaks into our perception and patterns of behaviour. The surface looks good and we adapt to life’s expectations and templates. A flow is striven for in which everything move forward at the right tempo, without mistakes and deficiencies. Sterilised of blemishes, the impure and the defective, we refrain from highlighting the erroneous, the clumsy and the imperfect. But how far does the exemplary and perfect reach, and where do the shortcomings, the erroneous, and the awkward begin to slip through the outer membrane. The works in the exhibition are based on the cultivation of ideals, but at the same time let recognisable, everyday moments in, where reality reveals its true nature. Little indications point to the cracks in the consummate and redeemed.

Saskia Te Nicklin’s black, waxed iron constructions draw black lines in the exhibition space’s interior architecture, where they, like raw and unpolished contours, bulge supplely out between the space’s interiors. The iron contours refer to the inescapable process of ageing – as we know it from the human body which slowly alters in every detail in step with time’s own process. The eternally young meets its own limit. The ideals of success which are difficult to achieve, the perfect and the supple take on a realistic new form. In contrast to the hard and locked position of the iron, an airy plastic bag, thin and fragile, hangs carefully attached to the iron. A portrait has been drawn on the bag’s wrinkled, used, and fragile everyday quality. Nicklin has worked with the antagonisms that arise between objects – the fragile versus the strong – the clumsy and the perfect and balanced against each other. A break with the pure form which the works otherwise might have insisted on. The perfection is measured against the fiasco and amplifies contrasts which we recognise from both art’s and society’s professional and aesthetic frames of reference.

Stefania Batoeva has produced a wall painting specifically for the exhibition space. Batoeva captures the moment when the young, energetic, and perfect is triggered. As a snapshot of the vitality which a beautiful young person holds. Verve and energy are created through broad, wild brushstrokes. The large movements and quick markings capture a transient life, in which identity and exterior perfection are constantly defined. The manifestation of identity becomes paramount in a time in which values and narratives change at a fast pace. Batoeva looks away from any kind of staging of the exhibition situation, away from the ideals about finished, polished, and pure expression, and instead looks to foster the energetic in the works. As a potential which is released – is allowed to run amok and slip out of control.

Esmeralda Valencia Lindström’s video piece Coughing and Tinfoil explores phenomenologically the interplay between movement and sound fragments. Through rhythmic and sudden beginnings an auditive and visual collage is created, in which sound and movement slip from abrupt, febrile, and nervous pulsations into deep and meditative respiration. The effects seem to both support and disturb one another, which creates a certain fragility in the overall language. Its problems and potentials balance against one another. The form is abruptly cut and the flow braked. Like structuralist experiments, in which codes and conventions are remixed in the creation of a new form, the rhythmical is used both precisely and asynchronously out of step and touch. A disturbing of the flow we almost mechanically expect from the medium. Lindström’s enlargements of the pictorial movements create living abstract and fluid pictures, in which we get up close to details in order to experience the work’s delicate character. 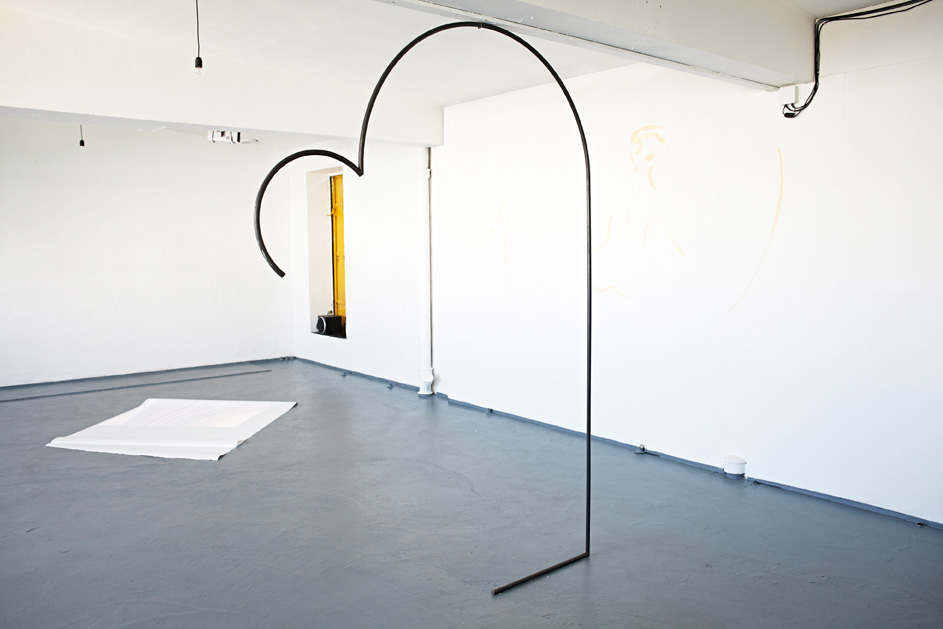 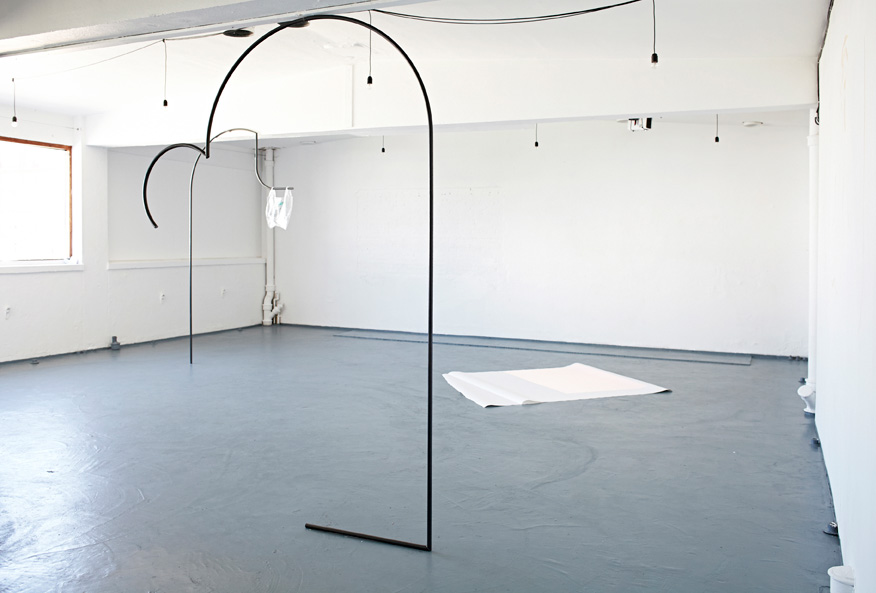 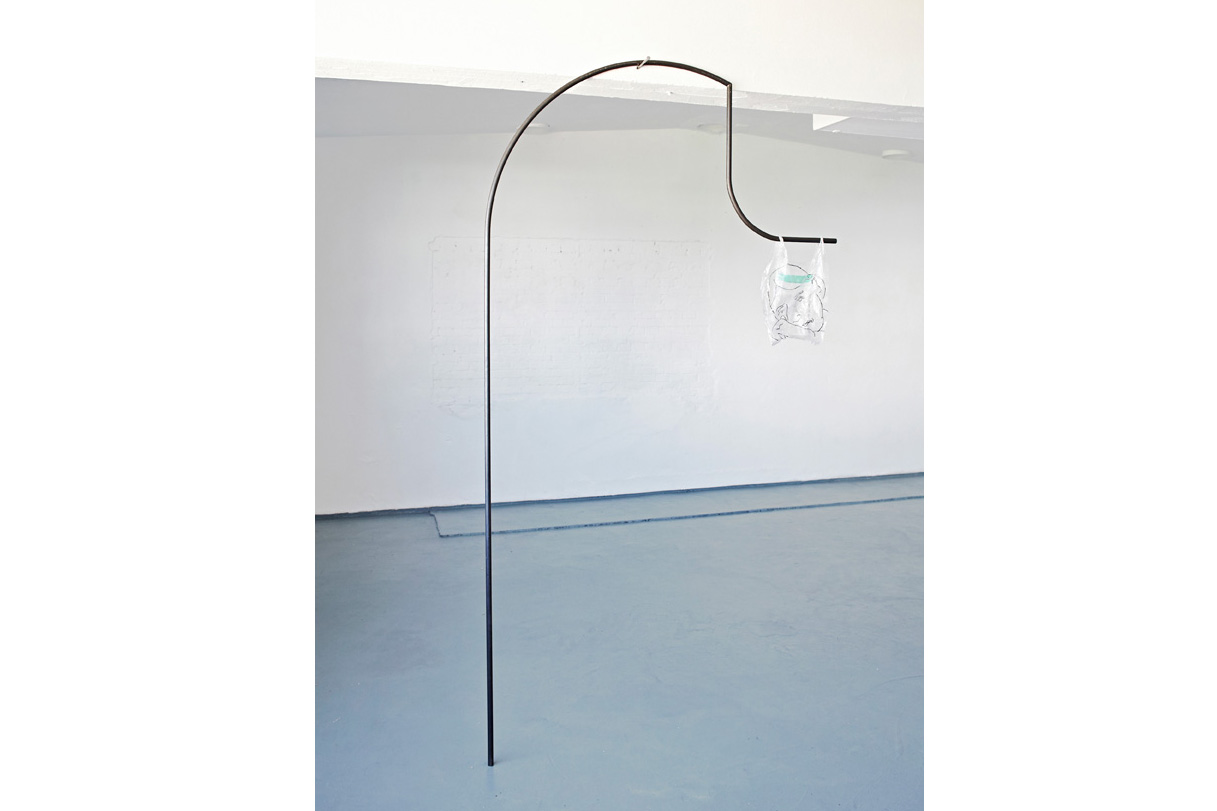 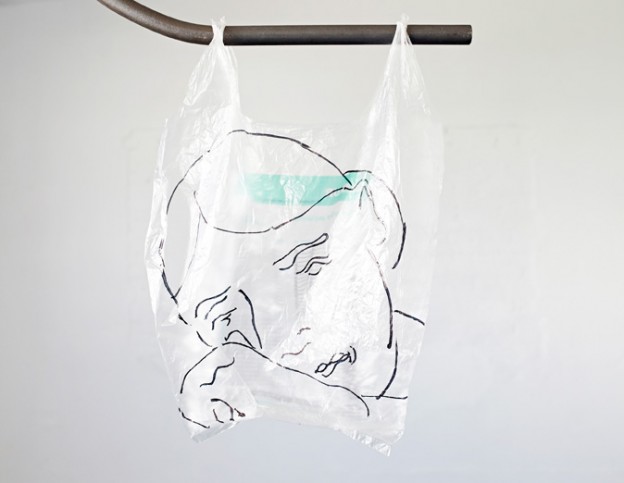 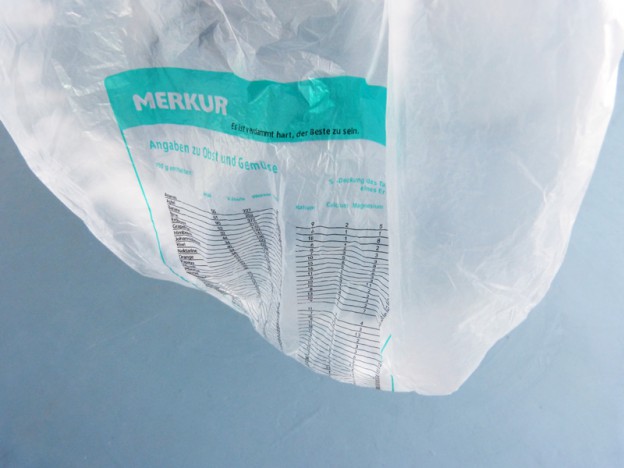 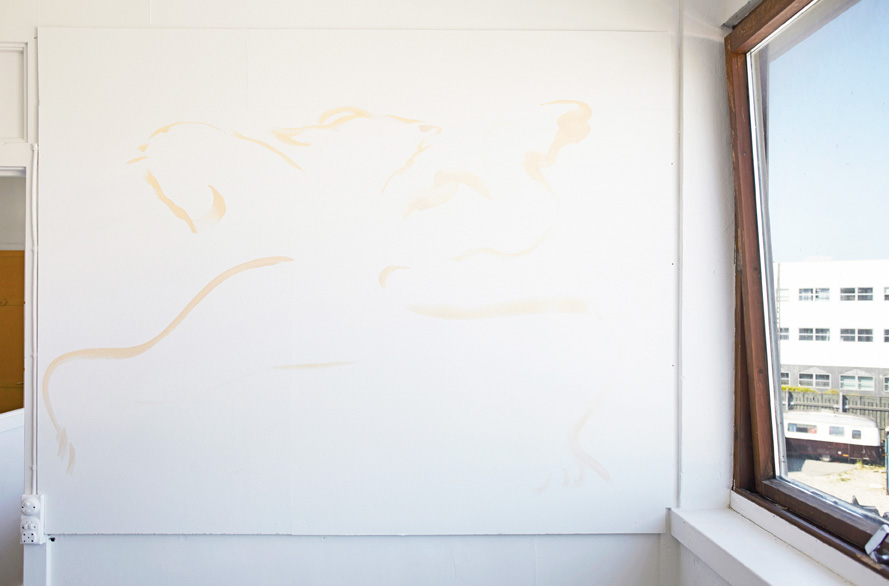 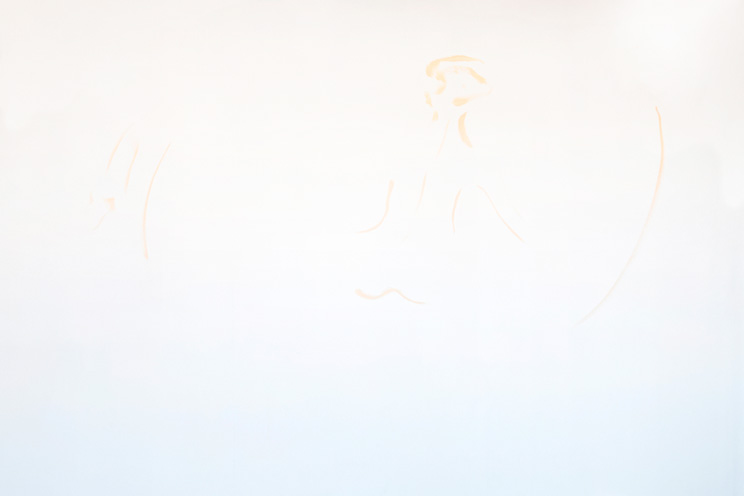 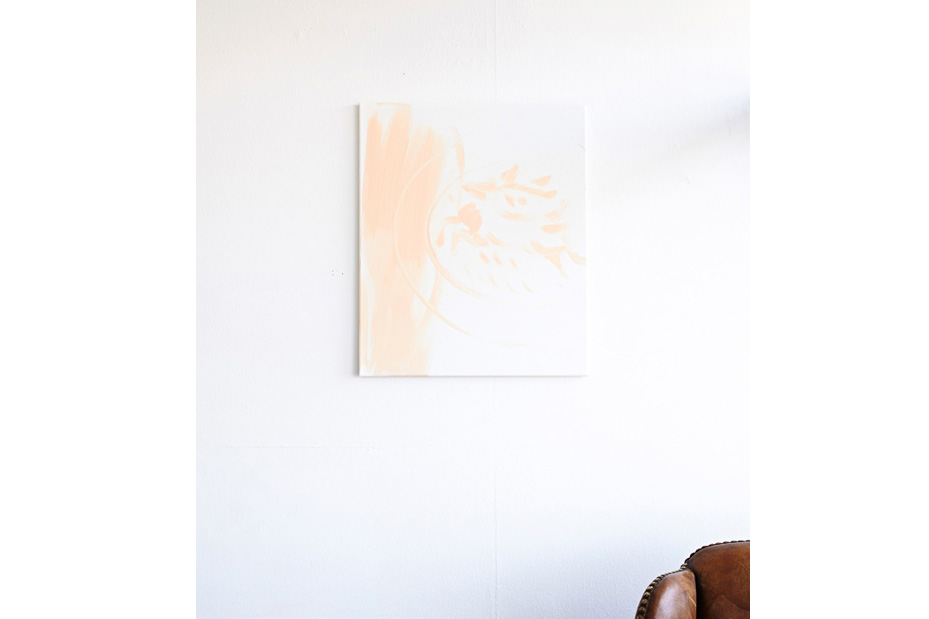 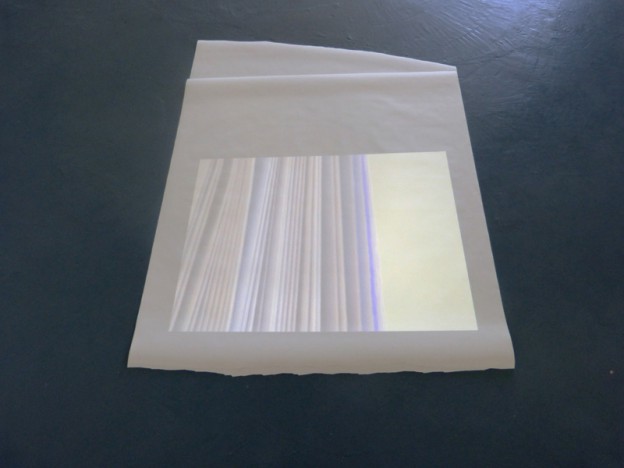 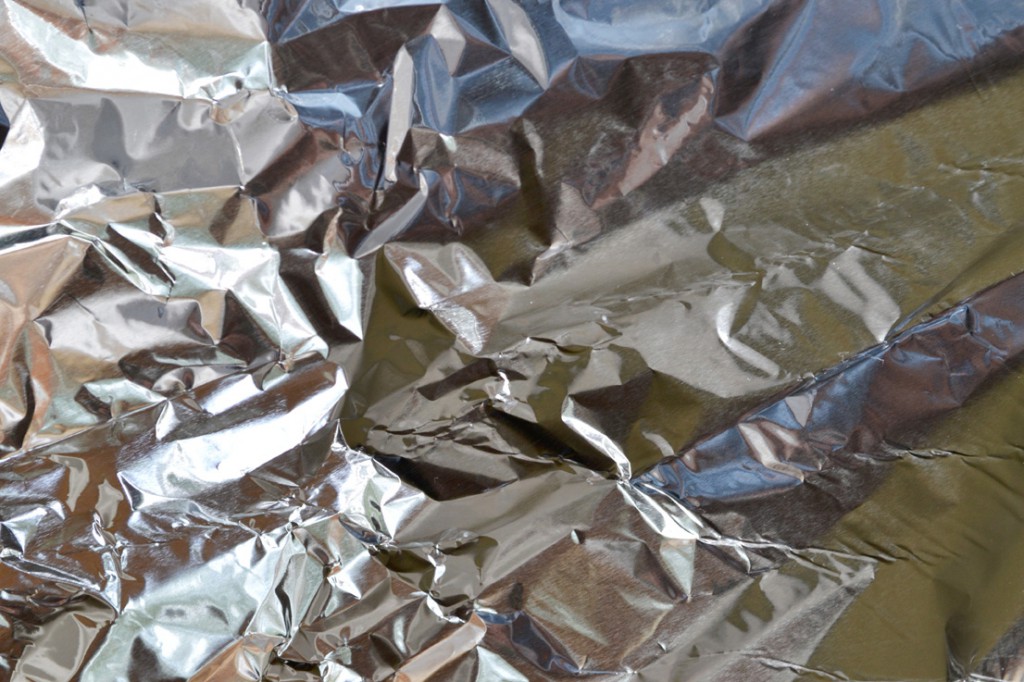 1 September, 13.30: curators from both 68 and BETON introduce the current exhibitions, and the PB43 initiative as a whole. Free. Snacks and refreshments.


Review of Majestic Bather in Information (in Danish): PDF

Review and installation shots on Kunsten.nu