Your Danish is Good

The exhibition 'YOUR DANISH IS GOOD' borrows its title from a series of works by exhibiting artist Amel Ibrahimovic. The title’s spoken line introduces language as a skill - as a kind of measure of individual performance. A skill also measured by integration authorities to compare the levels of well-being and labour success of migrants - but language is not only something we just perform and submit to, it is also a complex and transformative system we use to understand and share thoughts through.

Discussions around migration are consistently placed in discourses, which often make little space for agency and independent positions to speak from. These conceptions of immigration seem somewhat already determined and drawn up by the predicaments of migrants, who seem to be always rendered as the victims of circumstance. But beyond these stereotypical subjectivities and conceptions lies concrete experiences not condemned to reproducing the same grand narratives. Entering new cultural contexts, also means entering new national and social relations or configurations of subjectivity as an everyday practice.

The presumptions that stick to the perception of migrants, become themselves obstacles for nuancing the thinking and linking between individuals, events and history. Not forgetting the many correlations that are shared across national identities, geopolitical constructions - and - time and space. If we can come to define the refugee from a state of emergency to a state of emergence; then surely we can come to understand and therefore absorb, the promises and challenges of a post-migrant subjectivity.

'YOUR DANISH IS GOOD' is a group exhibition that brings together artistic productions that seek to create (and evidence) new emancipatory routes to exit the usual significations around migration and exile experience(s). Departing from a major narrative and moving into a minor language, the exhibiting artists conceptualize on the different mechanisms driving identity constructions. Each artist is drawing on correlative events given in European history. Diluting the conceptualizations of processes of territorialization and discharging wholesale the demarcations of space that have produced Europe today.

By giving focus to the structures that surround migration, rather than submitting to an instrumentalization of authenticity such as victimization, the artists in this exhibition give us a new set of possibilities, encounters, and readings for emerging (and different) post-migrant reflections. Suggesting that if we only speak in the name of an imaginary subject – ‘the migrant’ reduced to ethnicity and origin – we are bypassing rather simply, the complex composition and promises of migration in the 21st century.


On the works of each participating artist:

Alice Peragine presents the installation and performance-based piece Feld, which through a kind of silent territorial marking or ‘drawing’ on a historic field in the south of Brittany in France, makes tangible the events from our own recent past. A protagonist drops white paper tissues on the ground, tracing on the soil the geopolitical footprints of the past. The field is sprinkled with white tissues that gently resonate emotional connections with the traumas of European wars. This spatial examination and performance activates the philosophy of contested sites, and reminds us how the traces of political and national conflicts of Central Europe are directly under our feet. The performance functions as a kind of remedial silent walk, where notions of peace, surrender, grief, and how all the contrasts given in each are active in the everyday.

Ana Pavlovic presents a new installation piece for the exhibition, where she makes visible the infrastructures and systems from which women move across borders and cultural contexts. The assumptions, and the chain of questioning following ethnic women living in western Europe, create a research base departure from which the piece examines the power and gender constellations of ethnic women – defined as migrants. Anonymous female torsos are confronted with flows of questions that oscillate between personal and more interrogational questionnaires, like those typically performed by immigration authorities. The torsos are exposed and pointing to these waves of presumptuous inquiries, which also bring forth questions regarding who is this contemporary ‘migrant’ and the degrees of who is definable and recognizable as such.

Vladimir Tomic project Nowhere Kingdom consist of a selection of photographs from an archive belonging to a refugee camp that was temporarily established at Næsbyhoved, Fyn in 1992. The archive documents a children’s theatre performance, dressed in royal outfits or other courtly costumes. These “kings” and “queens” in stiff poses, captured with heavy makeup and textiles, awkwardly displace the children as children, somewhat masking their collective childhood. These images are complemented by pictures of green tents, looking like military or temporary sites, but with a closer look each image tells another story. The combined juxtapositions pull each other into a clash of meaning that only exists between the contrasts of smiling kids and the bare campsite. The experience of these images breaks with the constructed and established narratives or illusions of belonging/identity, which are usually determined – but not spoken of – in these zones of exception.

Amel Ibrahimovic presents ‘YOUR DANISH IS GOOD’ (2004, revised 2016) that consists of an artist's book, two posters and a jigsaw puzzle. The pieces concentrate on the conception of repetition, history’s continuum and how memory is selective. Ibrahimovic’s pieces reflect upon how the larger events of history affects individual life. 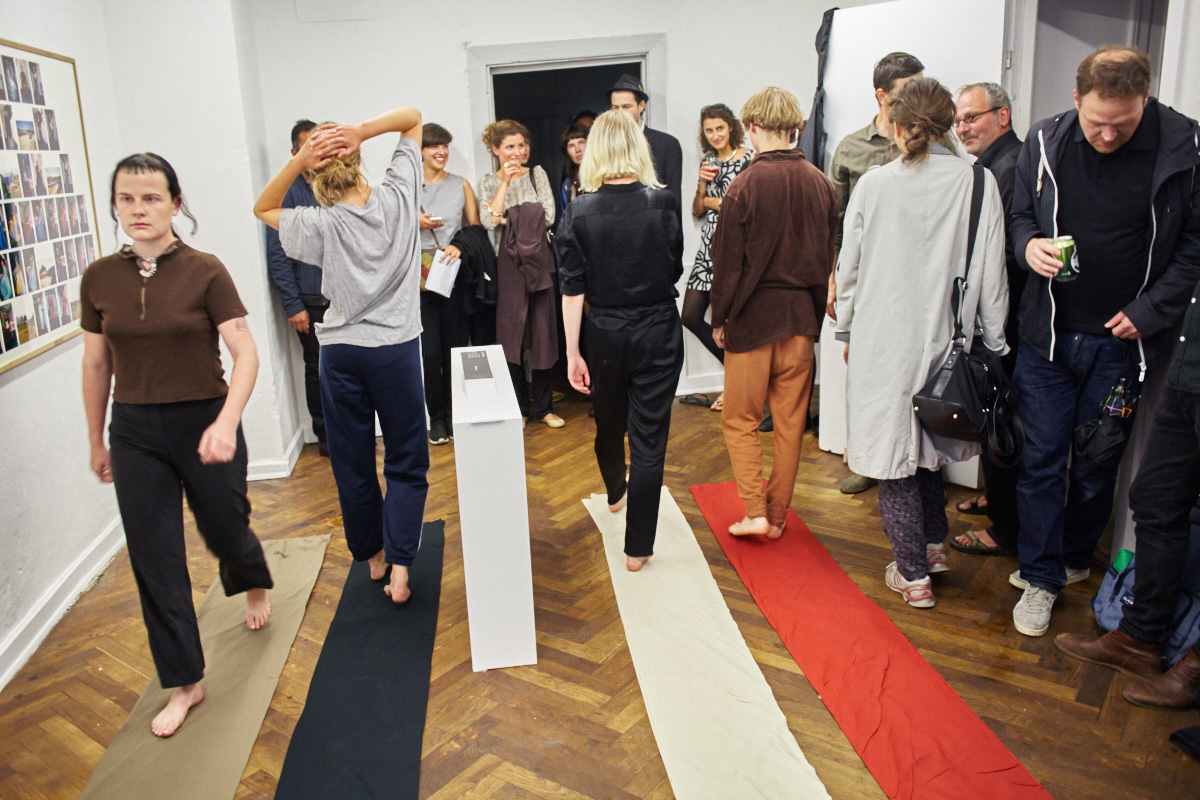 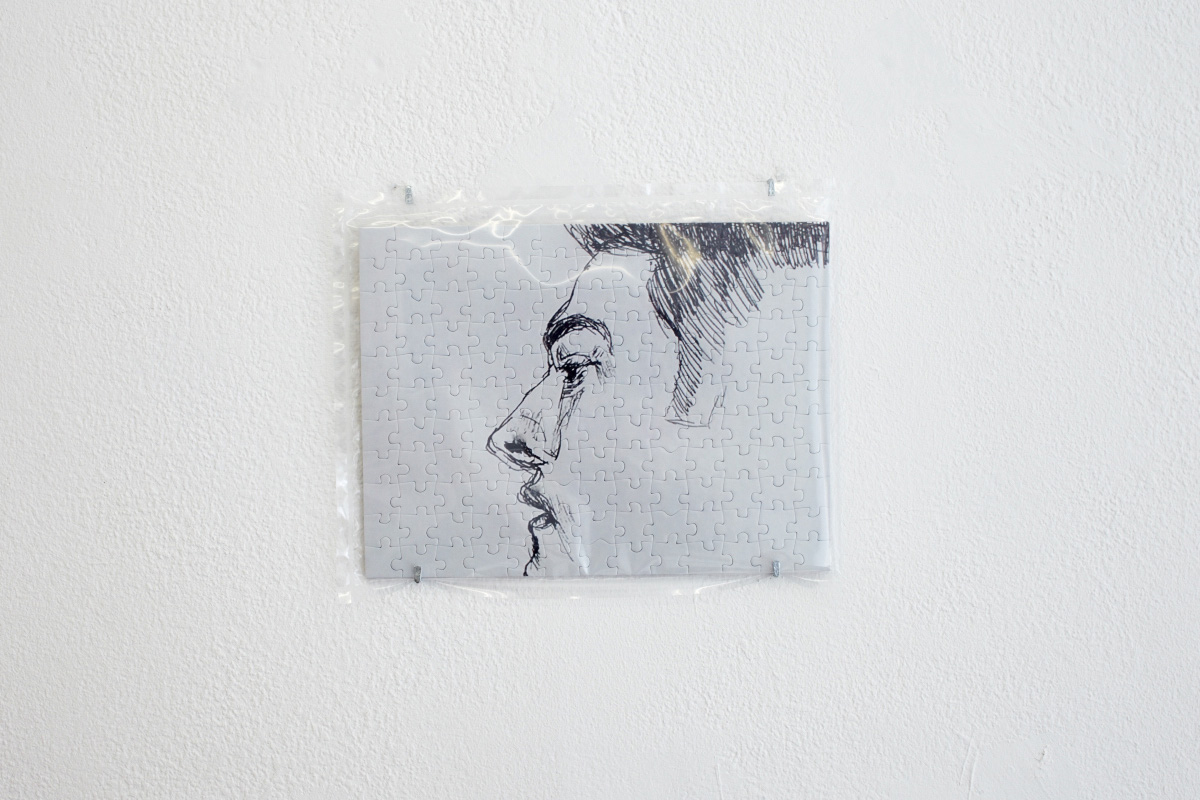 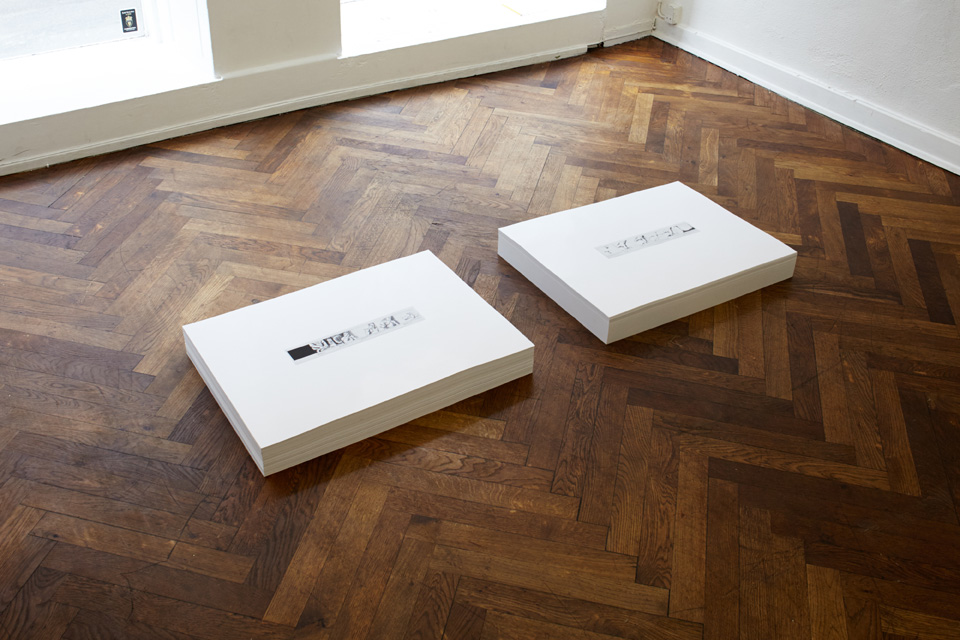 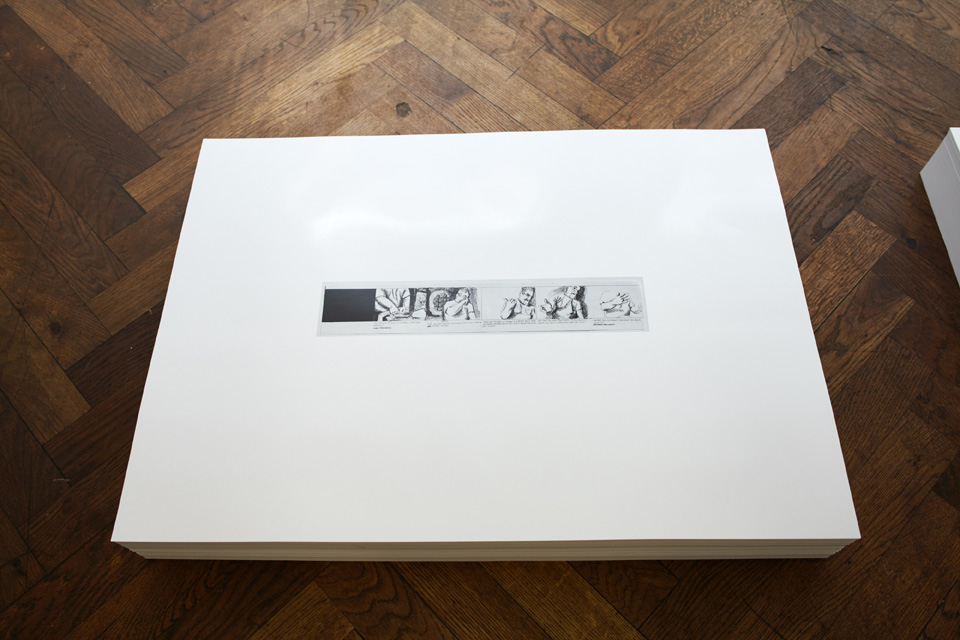 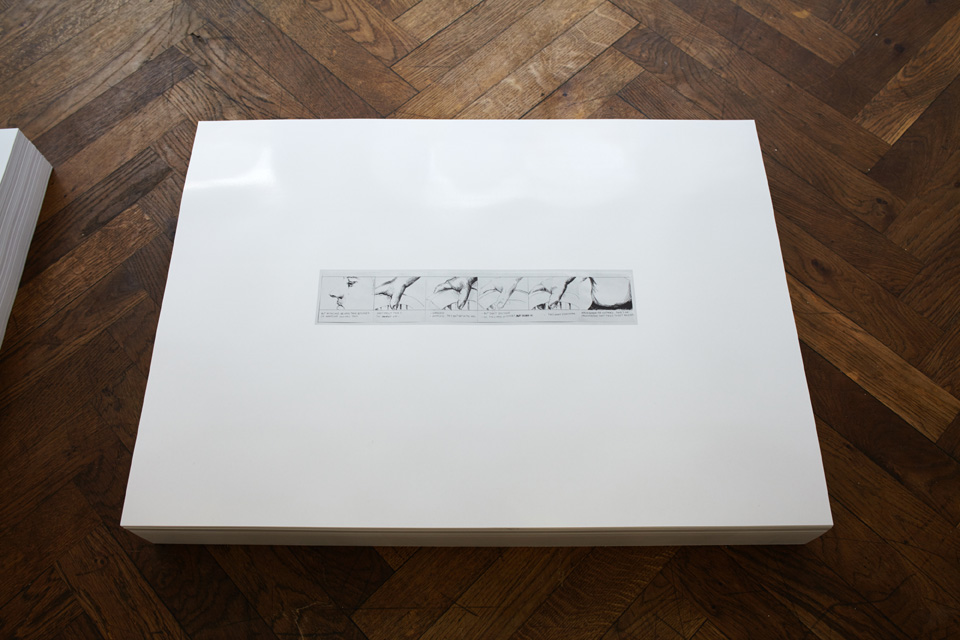 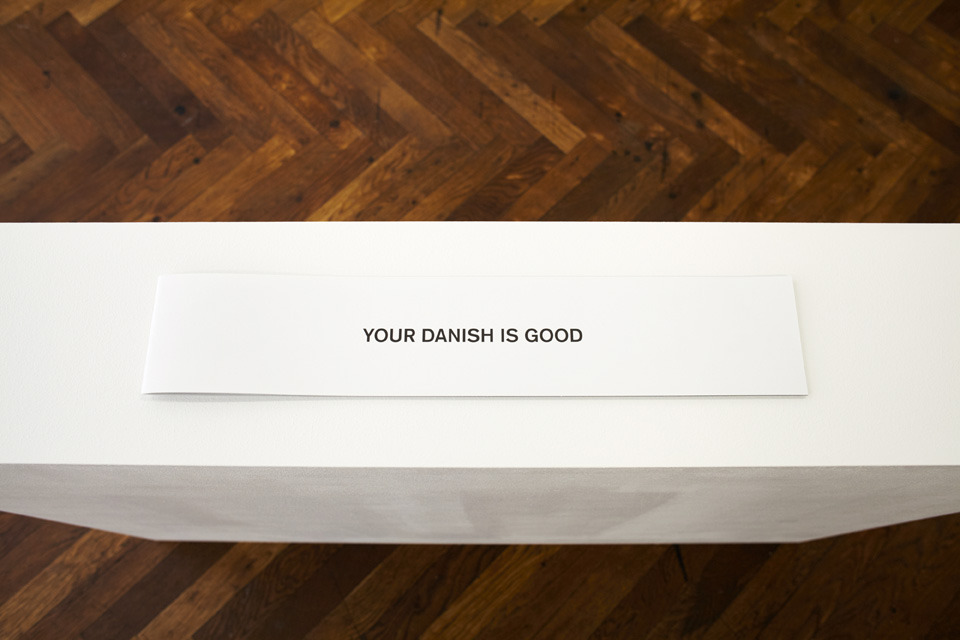 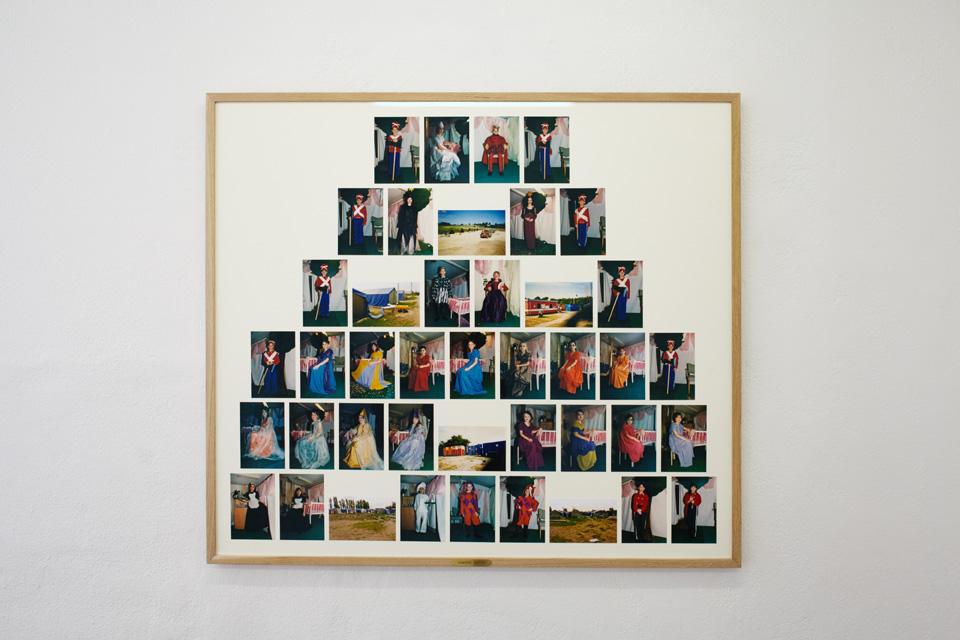 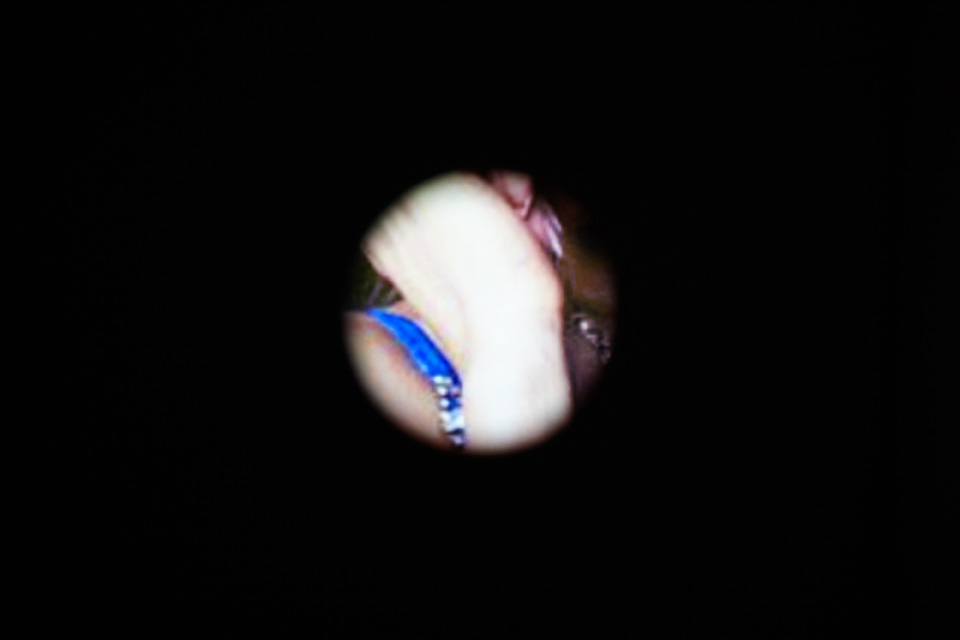 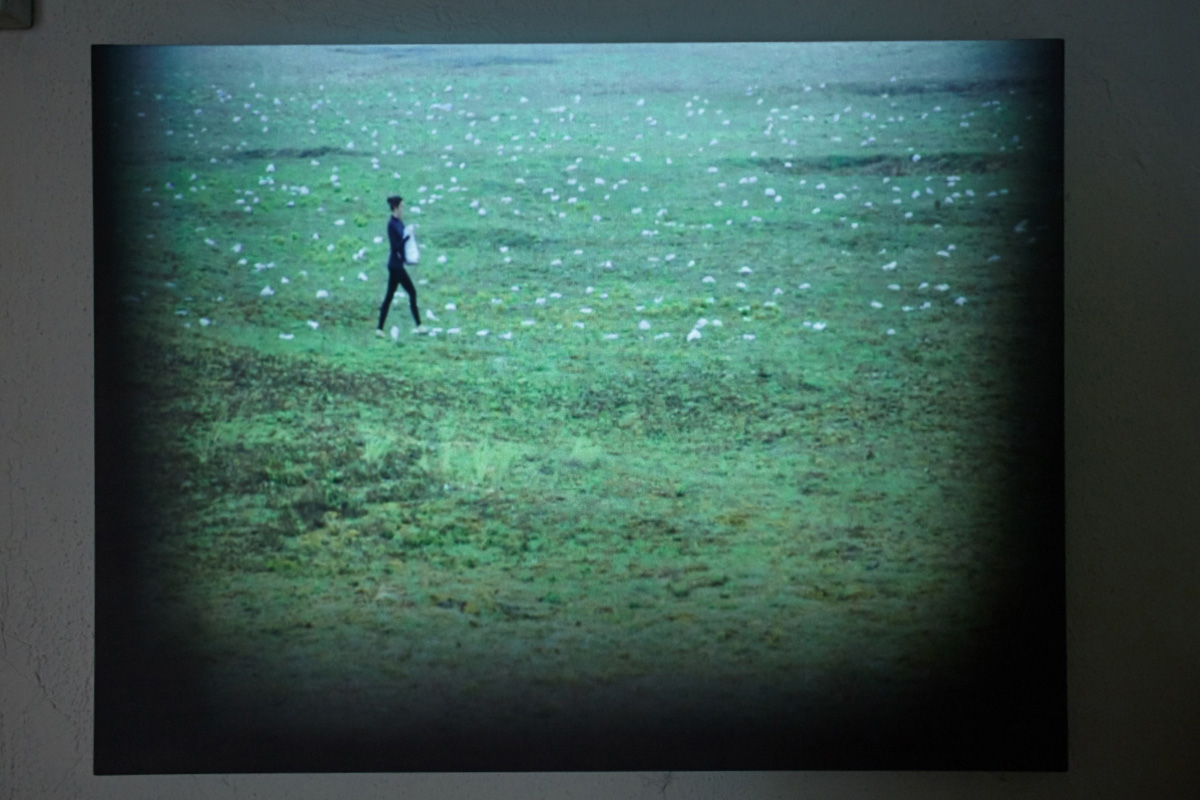