This Is Not an Apricot 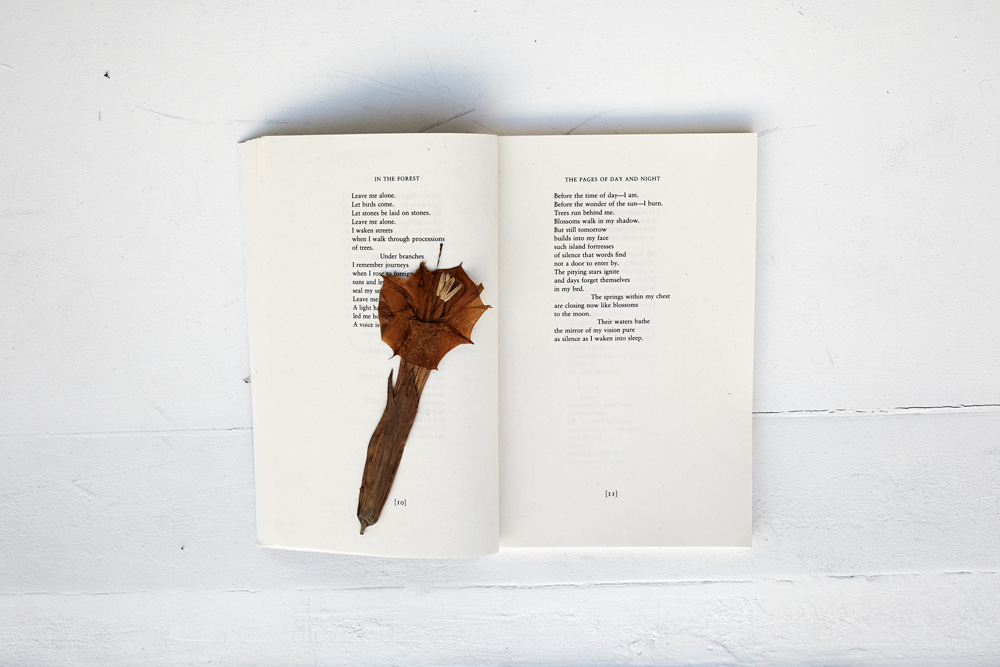 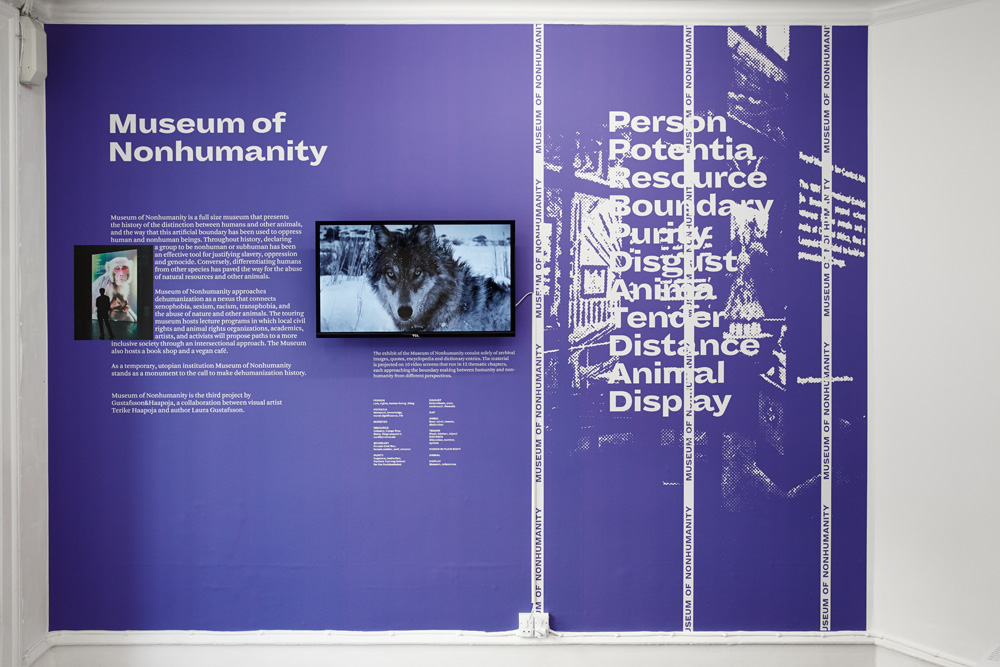 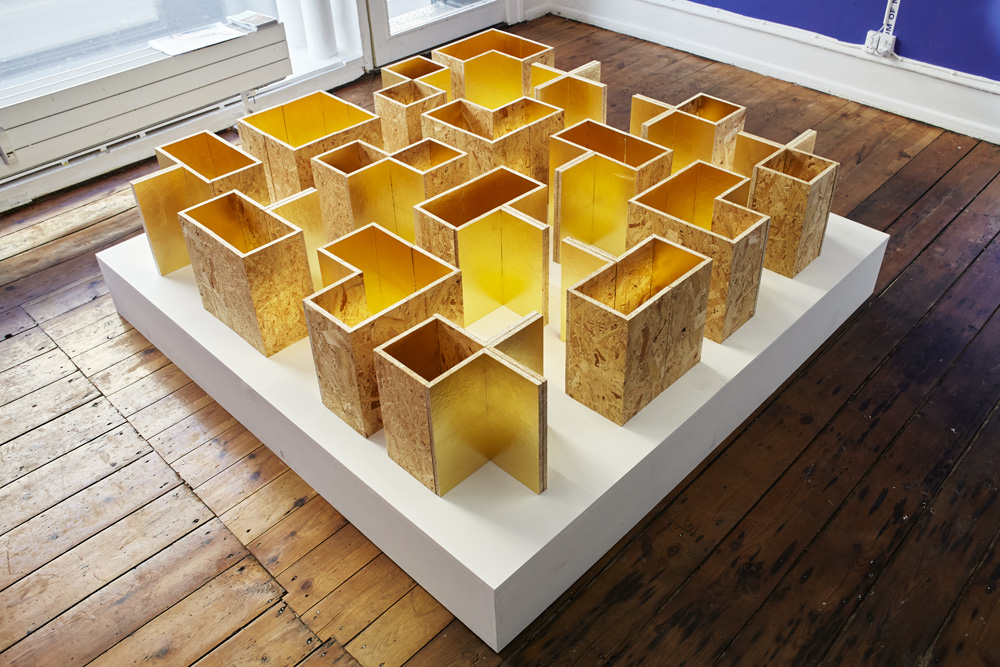 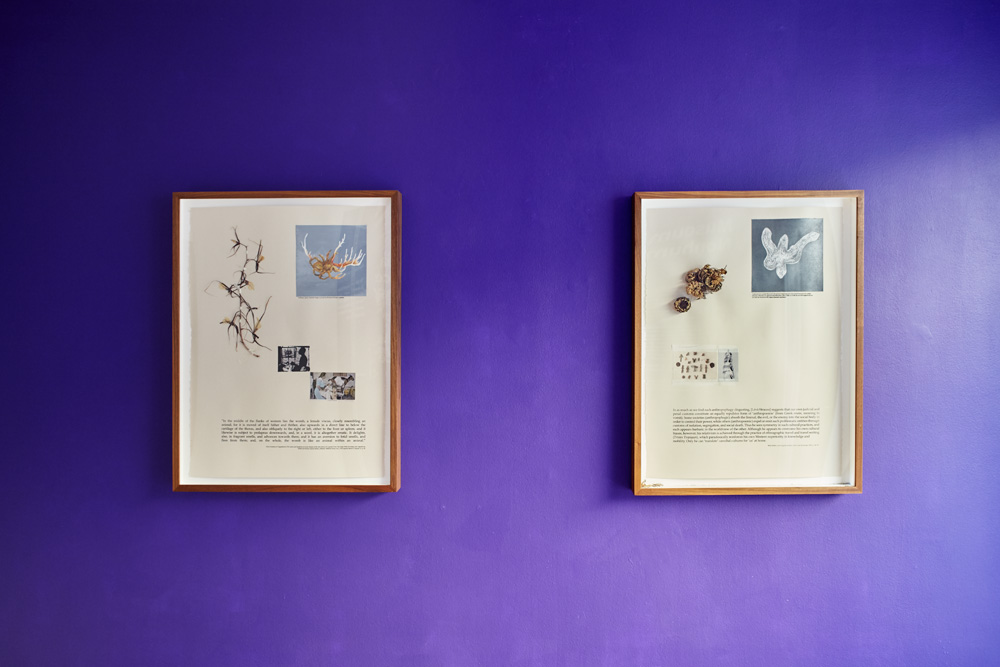 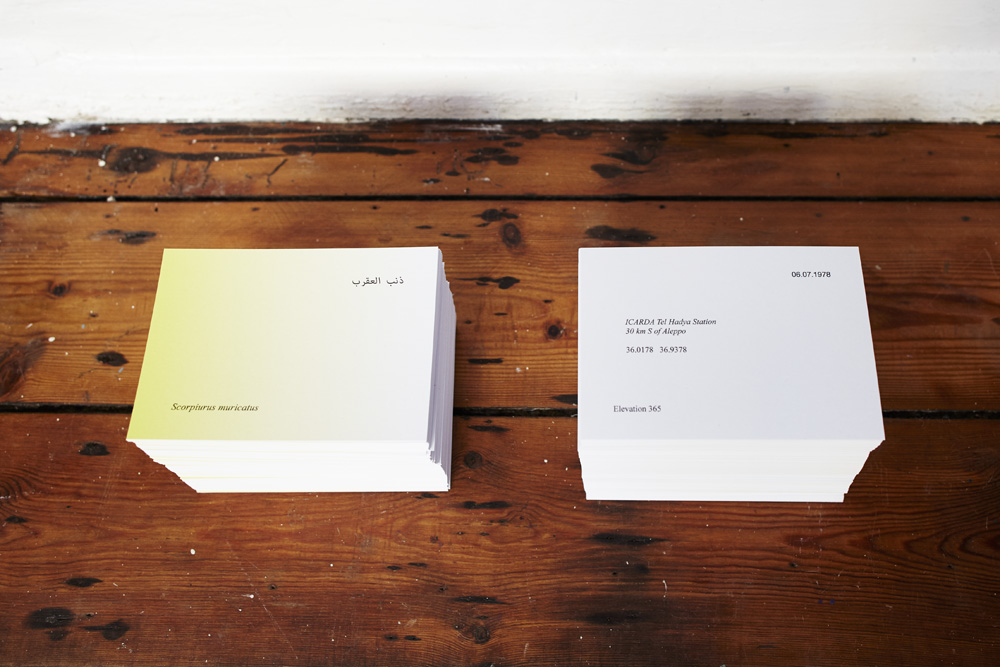 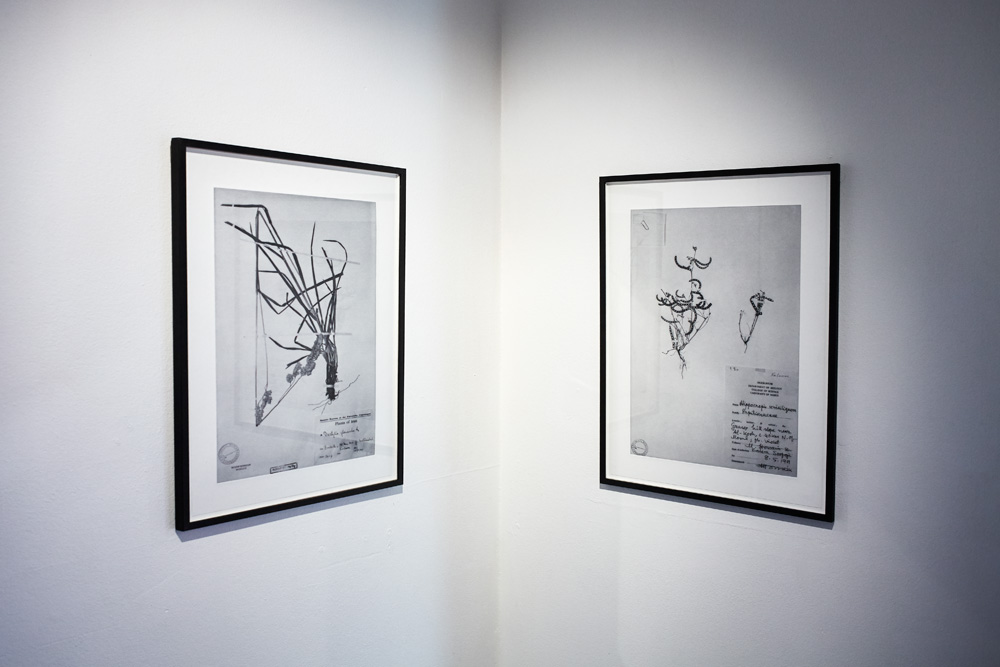 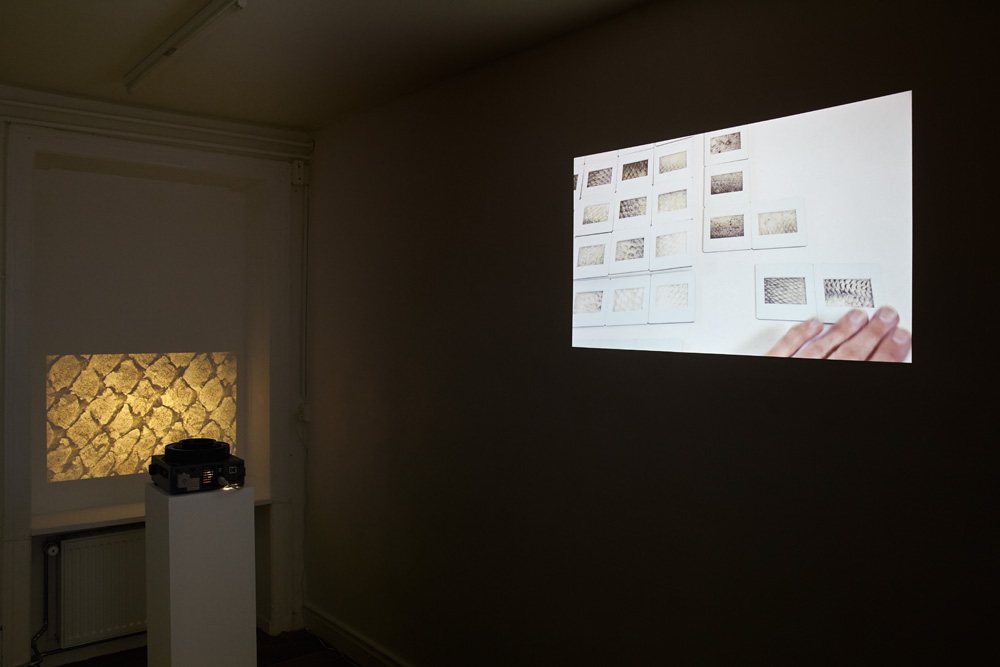 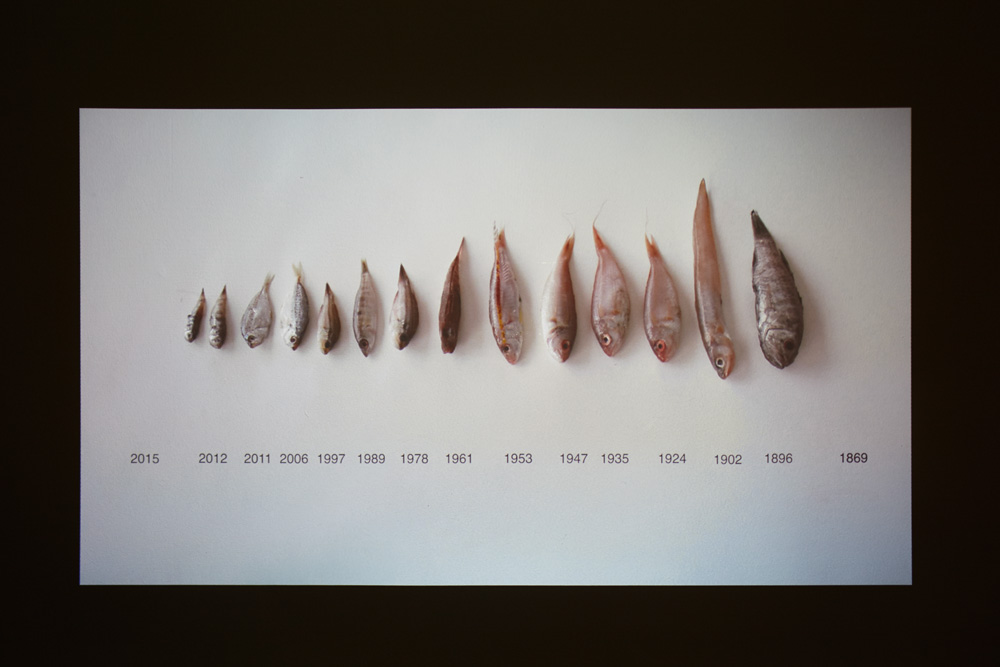 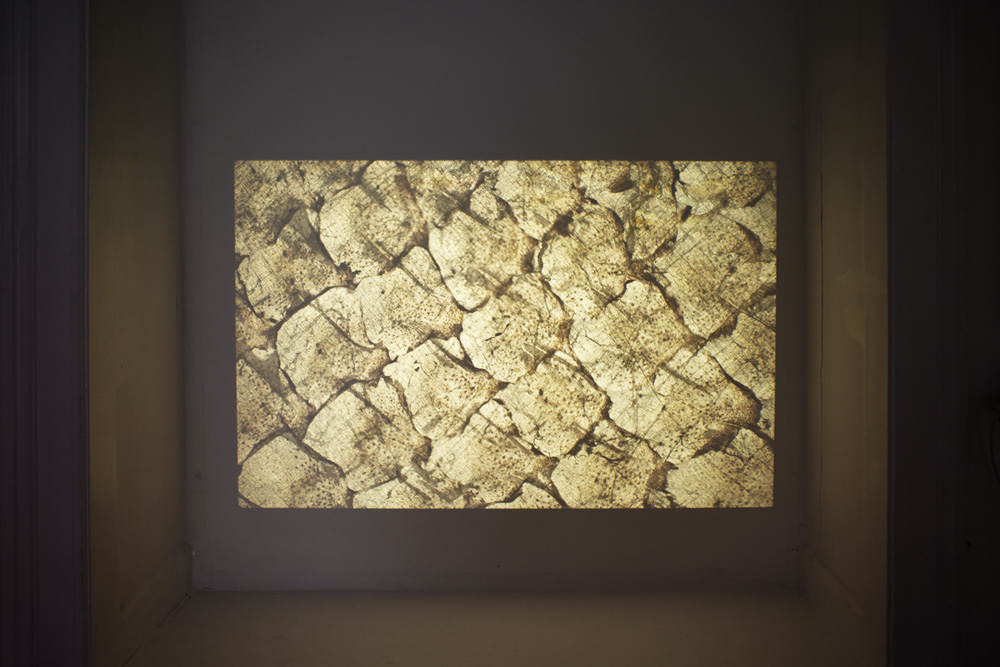 This is Not an Apricot is an exhibition that is looking at methods of humanist logic and scientific classification, which rely on the belief that knowledge is an inalienable possession of the human mind. Through this lens, the artworks aim to reveal that basic assumptions about knowledge are based on what the the Social Anthropologist, Marilyn Strathern calls, a system of ‘reflexive categories’ that unfold and perpetuate the biases, limitations, and/or prejudices of their very own historical origins.

To this end, the exhibition interrogates critically the knowledge humanity bases its critical discourse on – which often is institutionalised as the bedrock for systemic and oppressive colonialist beliefs. It follows then that our inability, as a species, to accomplish a complete break with the societal norms that allow this type of repressive culture, stemming from this bedrock, to form a pervasive violence through each subsequent generation.

Taking its name from a 2009 series of watercolors by Brazil-born conceptual artist Maria Theresa Alves, the exhibition examines the above as a historical strain of a priori knowledge, where assumptions in scientific and social classification are hardened. Working from a shared consensus, where “it matters what ideas we use to think other ideas with,” the artists of this exhibition: Keren Benbenisty, Runo Lagomarsino, Candice Lin, Pia Rönicke, Terike Haapoja and Laura Gustafsson examine, through sometimes microscopic readings, the way in which our current knowledge base and understanding of the world around us will affect our future assumptions. Avoiding didactic traps to reason through artworks, the artists’ work in the exhibition lay bare moments where potential ignorance is masked by assumptions behind human exceptionalism.In this sense and through hinting at the consequences, misunderstandings and repercussions (of the universal applications) of western scientific and humanist thinking: the project explores a critical consciousness of when, and how, knowledge of and from the past can impede future relationships between the world and its inhabitants. Against this backdrop, works in the exhibition employ film, video, and installation by applying methods of archiving, destruction, appropriation, display, and/or narrativization in order to represent two generations of conceptual critical approaches to the crumbling discourses of knowledge, which objectify scientific and social classification.

Keren Benbenisty graduated from the Ecole Nationale Superieure des Beaux-Arts de Paris in 2004 and attended California Institute of the Arts (Cal’Arts) as an international exchange scholar with a fellowship of Colin – Lefranc Foundation. Benbenisty has been artist-in-residence at Residency Unlimited, New York (2016) with a grant from the National Endowment for the Arts; Arts Maebashi, Japan (2017). Recent exhibitions include The James Gallery, CUNY Graduate Center for Humanities in New York City; Tel-Aviv Museum of Art; Genia Schreiber University Gallery Tel Aviv; The Artist House in Jerusalem; Francesca Antonini Gallery in Rome and Human Resources in Los Angeles.

Candice Lin is an American sculptor and installation artist living and working in Los Angeles, California. She is a co-founder of the artist space Monte Vista Projects and an assistant professor in the Department of Art at the UCLA School of Arts and Architecture. In 2017 Lin was included in the The Sharjah Biennial 13: Upon a Shifting Plate; "Made in L.A. 2018" the Hammer Museum; and had her first solo exhibition in Chicago, A Hard White Body, a Porous Slip, at Logan Center Exhibitions, 2018.

Pia Rönicke's videos are collages of heterogeneous sounds and images offering a commentary on urban structure and the modernist conception of the city and the environment. Like samplings, these videos designate and underscore the points as film music, photos, comics, images from magazines and her own drawings of cityscapes and gardens. While re-visiting the experiments of the 1920s and the critical montage tradition of the 1960s and 1970s, Rönicke's work is at the same time articulated around highly contemporary questions.

Gustafsson&Haapoja is an interdisciplinary collaboration by Terike Haapoja and writer Laura Gustafsson. The large scale, long term project focuses on the problems that arise from anthropocentric world view, and seeks to open paths for more inclusive notions of society. Gustafsson&Haapoja asks questions regarding the impact of biotechnologies, industrialisation or systems of knowledge production on the lives of humans and other animals.

Mary L. Coyne is a curator and writer. She is a Research Associate in Contemporary Art at the Art Institute Chicago and was formerly an Exhibition Curatorial Assistant at the Walker Art Center (2016-2017) following a Research Fellowship (2014-2016) and held positions as a graduate intern at the Metropolitan Museum of Art (2012), the Los Angeles County Museum of Art, (2012), Los Angeles MOCA (2011).