New Rocks Upon the Beach

The artists in this shared exhibition use themselves, their bodies, traces of life or the legacy of their precursors as material to reflect upon. If it could be said, very much as the outright teasing of measures taken between everyday life and the fabricated space of art. Through different kinds of conceptual crusades, the artists prompt new associations or redefinitions between art's potential actuality and virtuality - to uncover the contextual and historical relationships of unfulfilled ventures in contemporary art.

Together, the works in the exhibition, balance on the constructed and deconstructed conception of form and art. Through self-conscious, self-referential traces of the artist's presence/mind, the works suggest new ways of conversing with the exhibition guest. Like ongoing dialectical movements, the selected artworks, operate in the intermezzo of art’s own opposing propositions and the forwarding of unrealized contradictions inherent to both the material and mental experiences of art. The thinking exercises introduced by the works suggest new openings – although seen primarily from within art’s own reference and not as a limitation of art as “art” – of the range of complexity and registration given in everyday representation. Even if the latter fails to “index” the ambivalence that is inherent in form and language, reading and understanding.

New Rocks Upon the Beach, is both a distributed and retitled sampling of Lawrence Weiner’s famous pay-off line, from 1988. But instead of inviting guests to imagine this virtual gentrified beach, the artists in this new exhibition conduct their own foreclosures over undiscovered real estate in conceptual art.

On the works of each participating artist:

Moa Alskog present her pieces ‘Front’ and ‘Back’, which are made from the material of her old/worn out silk pants and that are stitched together and mounted on stretchers. Alskog is using the (male) established monochrome, modernist aesthetic, to construct the discourse around “appealing art objects.” However the objects made out of her worn out garment, mock the enterprise behind painting and the art market, and at the same time collude to being part of it in a more sustainable way.

Erling T.V Klingenberg presents a sculptural clay piece accompanied by wall texts. Klingenberg is simultaneously both the producer and the receiver of, especially in connection to, the piece’s pleasure. What is left is an ‘infinite hole’ that simultaneously creates and destroys the form, depending on how you end up seeing the artwork. The sculpture is accompanied by texts that state sincere statements from the artist's living in a rockstar body.

Rasmus Røhling’s video piece Male Goes Down On Phantom shows the artist, embodying and impersonating the artist by “wedging” himself in-between the proposed artwork and the receivers’ attempt to perceive it. The video opens with a quoted question: “Do you want to see the most beautiful thing I ever filmed?”, sampled directly from the 1999 Hollywood drama American Beauty. However the following (and now famed) original scene with a plastic bag floating in the air (what the artists refers to as “Hollywood’s corny claim to an aesthetic sublime”) has been replaced/hijacked by Røhling’s own performance“ish” setup. Røhling’s piece challenges art's status as being epistemologically unnamable, by over articulating its premise for the viewer. In addition, the artist also presents a sculptural piece mounted on the wall. The sculpture condenses a contemporary iconoclastic act, through a ‘situational’ digital interpretation that renders the two-dimensional footage into a solidified sculptural form.

Agatha Gothe-Snape examines Lawrence Weiner's hand movements through a gestural lexicon. Looking closely at the consumption of knowledge within art systems and its throwbacks - all sourced from the legendary artist’s writings. To this end, Gothe Snape presents a visual and aural collage of images, text and sounds, where the hand gestures notate the chorus, while fragments of Weiner's statements appear on a digital Power Point presentation that runs over a screen in the exhibition.

Hugo Hopping shows us the inside out of the chasm between the signifier and the signified. Two cardboard sculptures are documented and accompanied by text pieces. A poetic text - claims a struggle to exist as its own form, provoking an idea over the silenced artist overcoming struggles via aesthetic means and by responding to the ungraspable. In this situation, she permanently has to speak whilst knowing that it will never reach the addressee; even if she must fail in speaking, the artwork suggests evidence of having been in the room. Another piece shows a mirrored text piece that forces the reader into the struggle of reading and interpretation. The photographs of miniature cardboard sculptures would make modernism giant David Smith proud, opening a conceptual "mise en abyme" – which is an infinite reproduction of one's mental image, here glinting at the "need" for scale in art – and presented as two contradictory concepts (image/sculpture) tying different art histories together.

Dee Williams presents a conceptual photographic piece of a Los Angeles mirror clad building reflecting the skyline of the downtown area of the city. The architecture of mirror clad buildings is constructed with the goal of making the support of the building invisible, as if they are floating weightlessly in the air, signifying no need for a foundation to rest on - a kind of technological miracle. The mirror clad building was, in its very postmodern way, meant to signify something new, without referencing architectural history. It so it happens that these buildings aren’t new any longer, but they are not quite old enough yet to belong to a category of historic architecture. Their original promise of the “new”, without the weight of history, left the buildings in a kind of timelessness. Williams’ photograph locates the building in a specific context, that of the city reflected in its own surface, and as such, the artwork’s collective and metaphoric condition as a container of reflections (and decisions regarding utopian design) crashes upon the shore of end-of-century desire, millennial reality and urban oblivion. 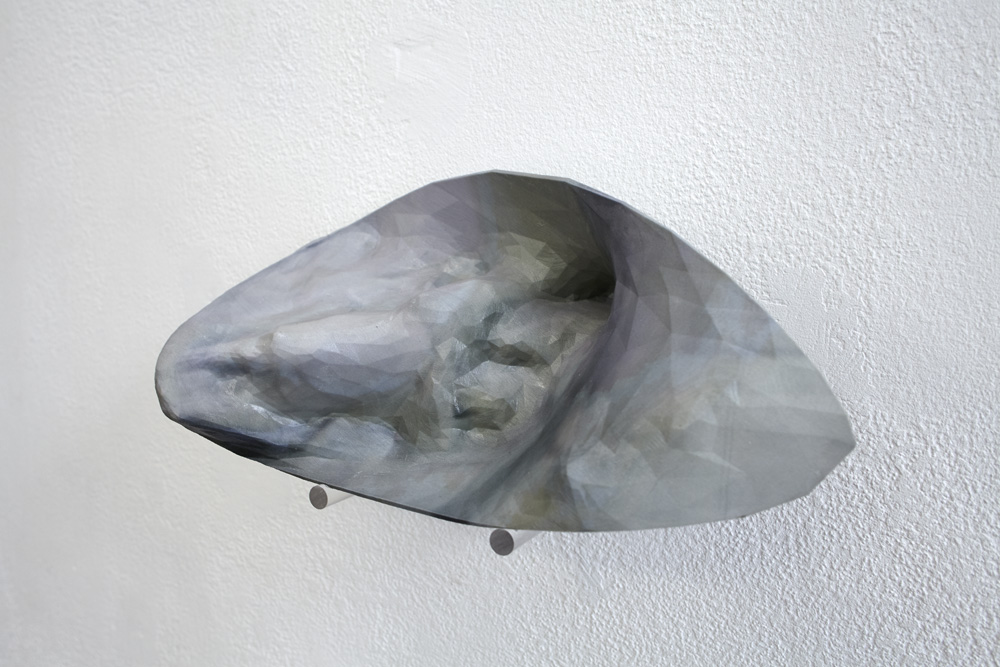 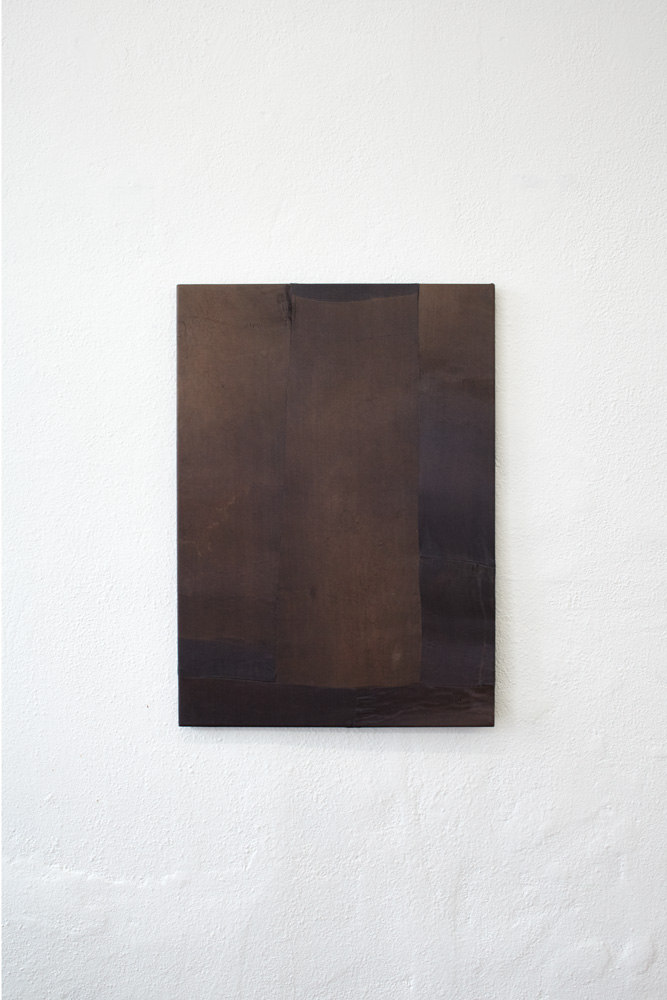 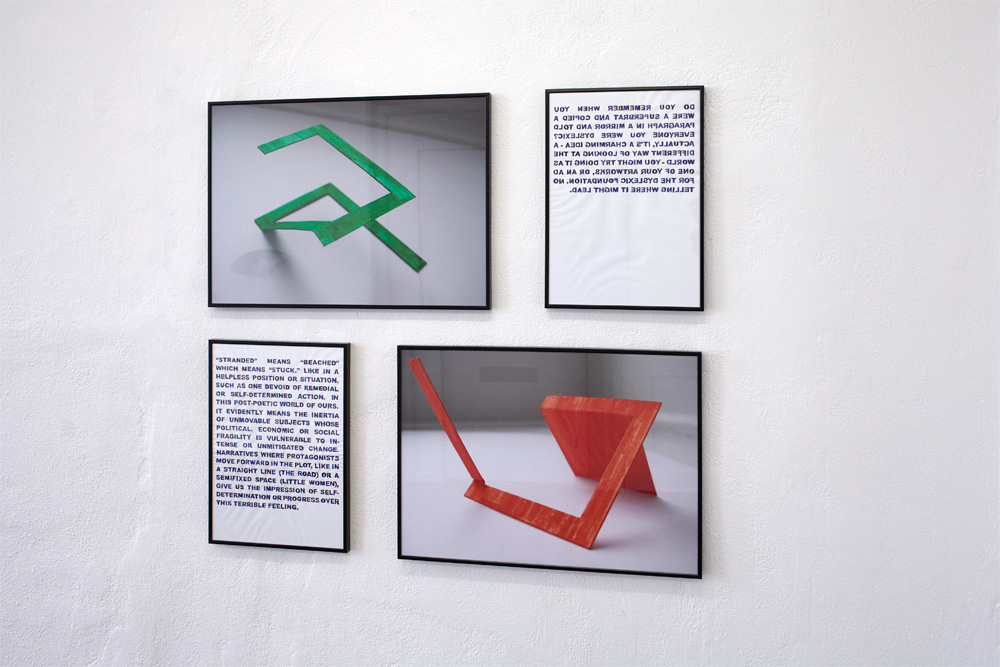 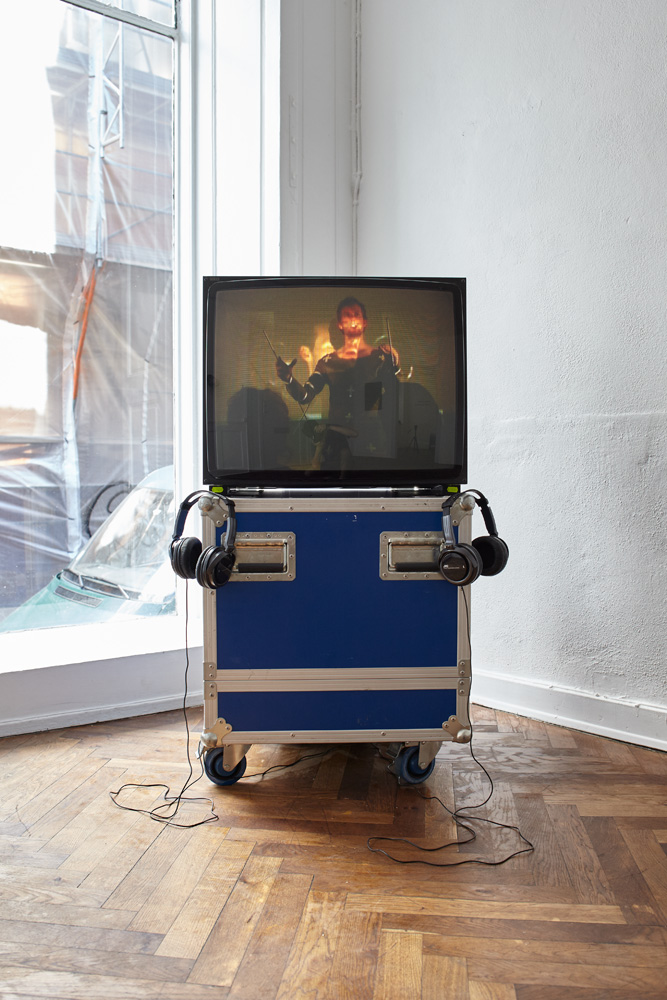 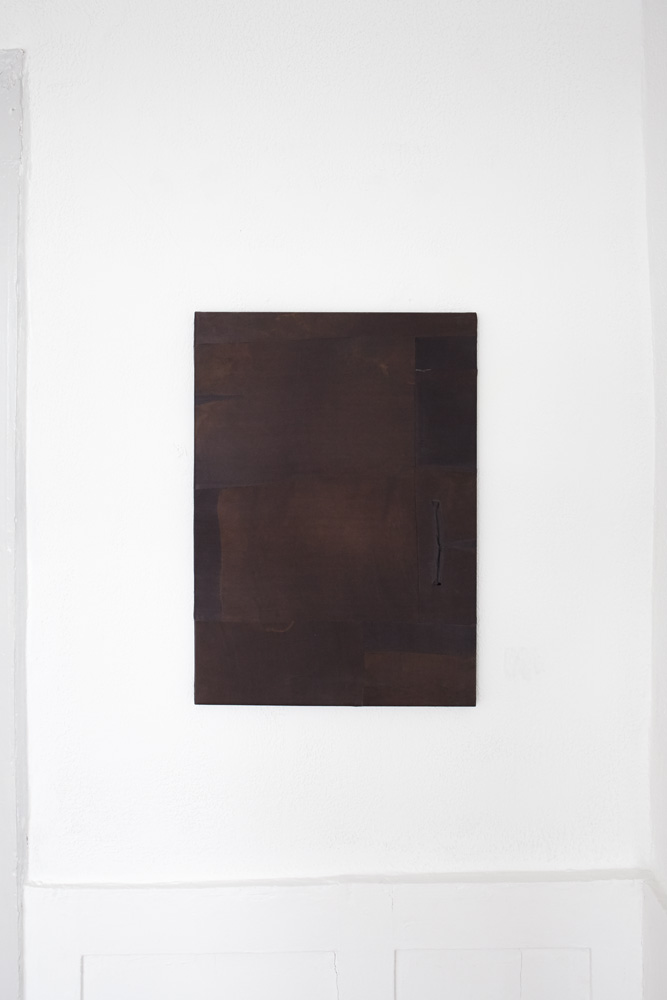 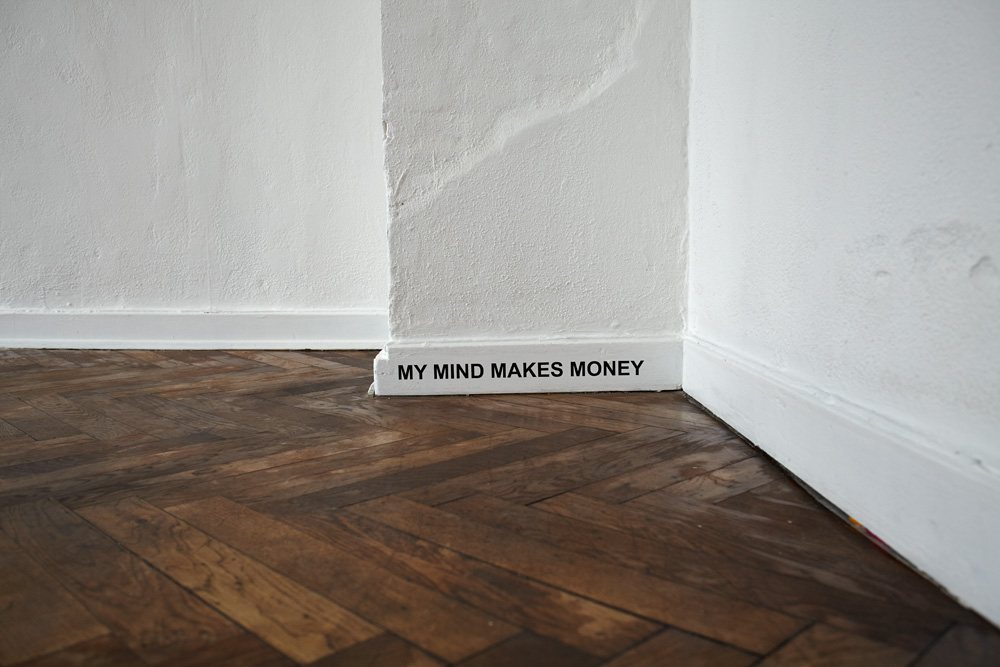 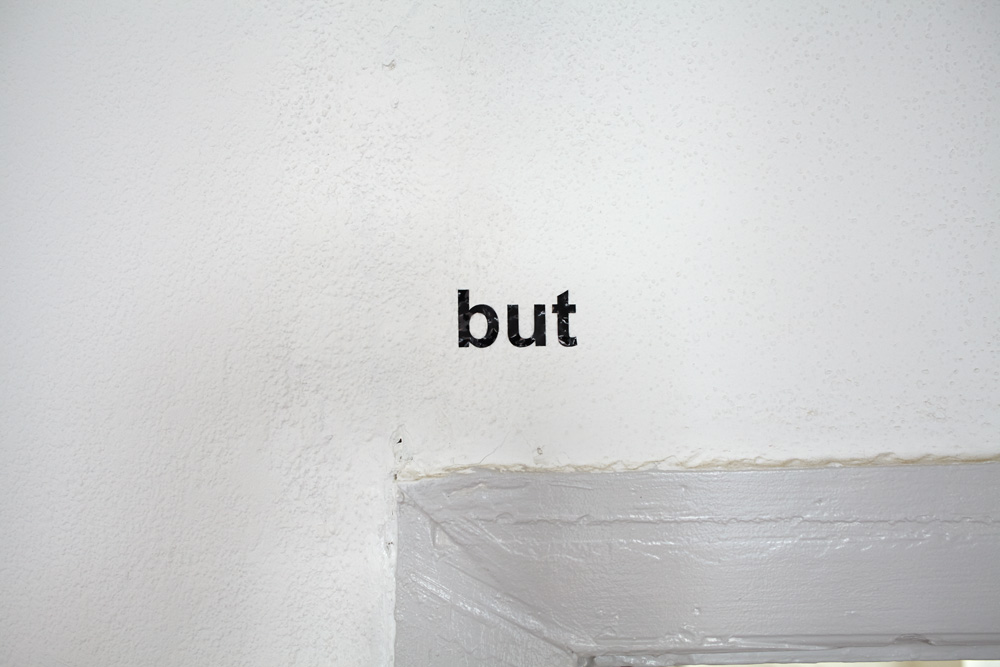 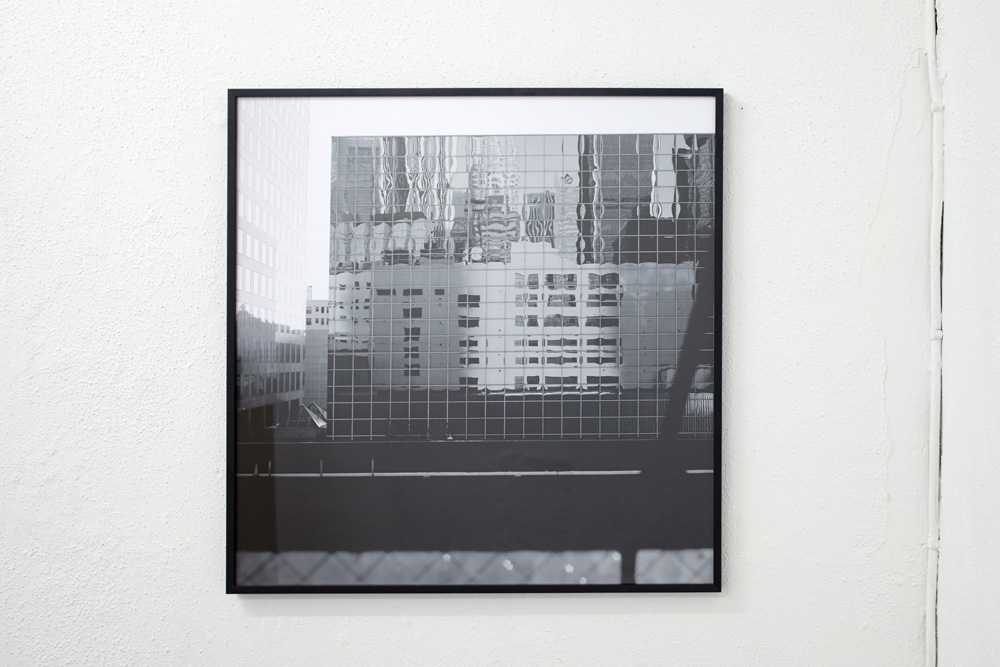 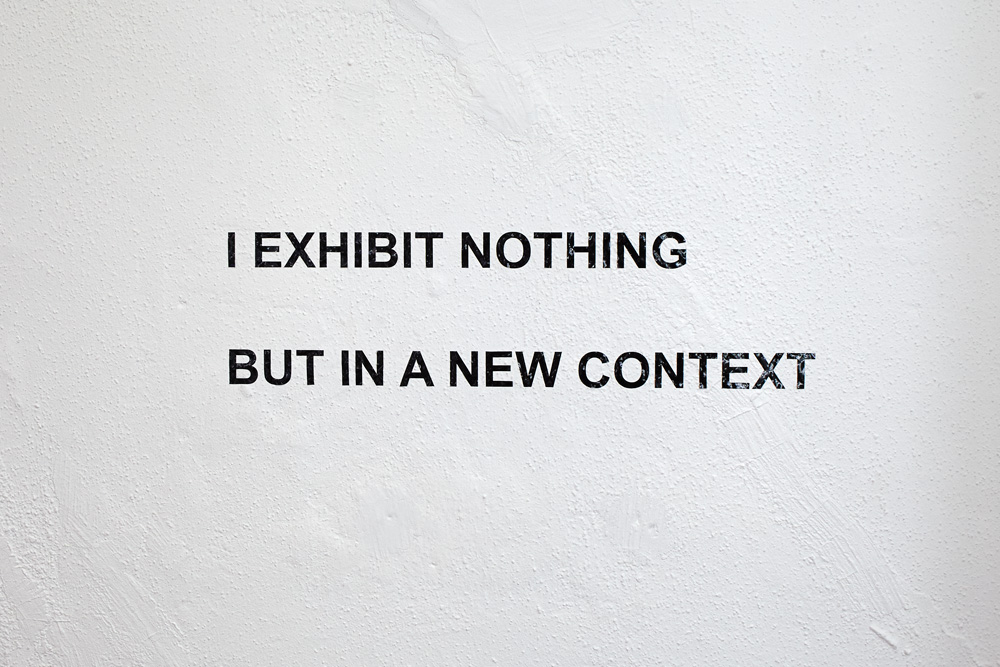 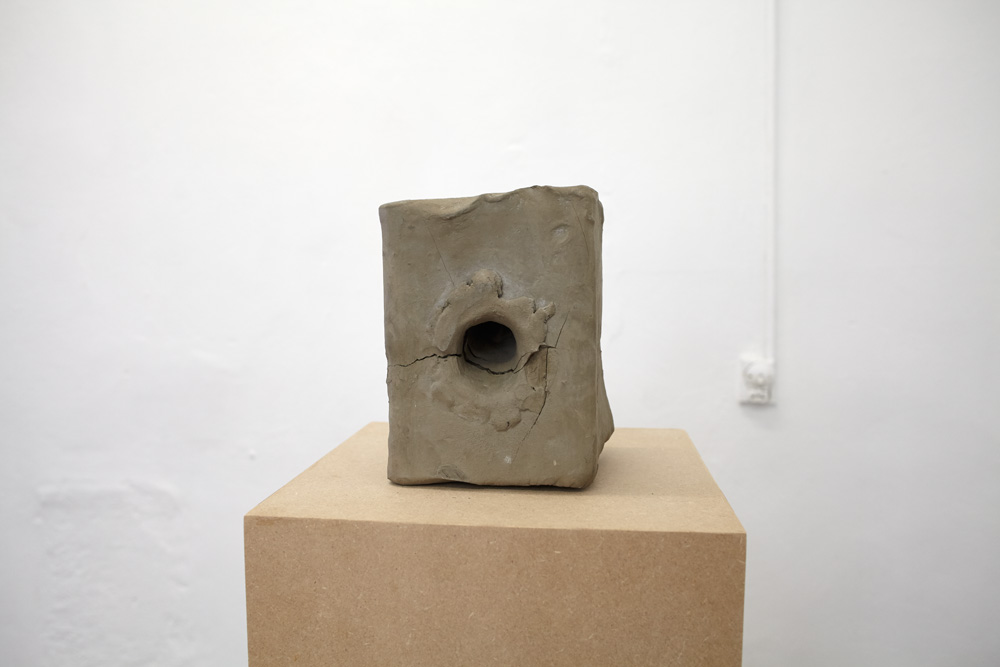 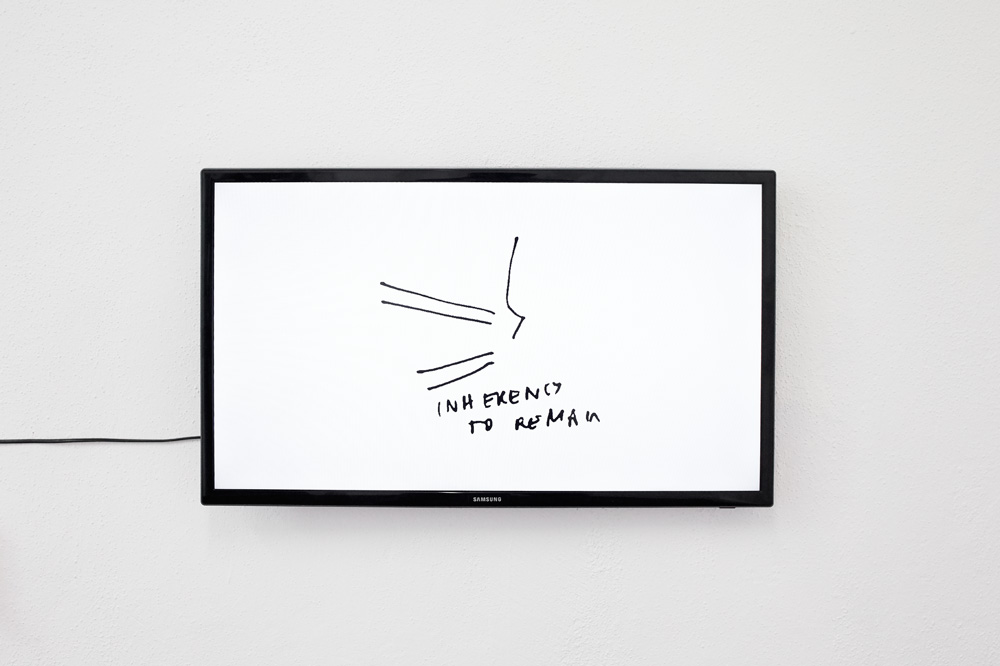