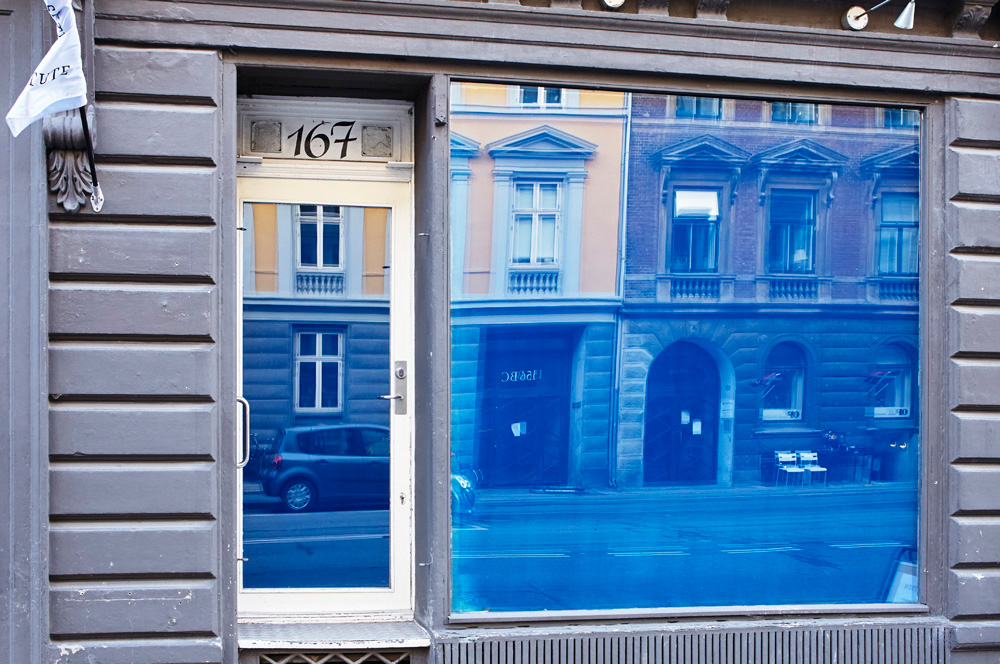 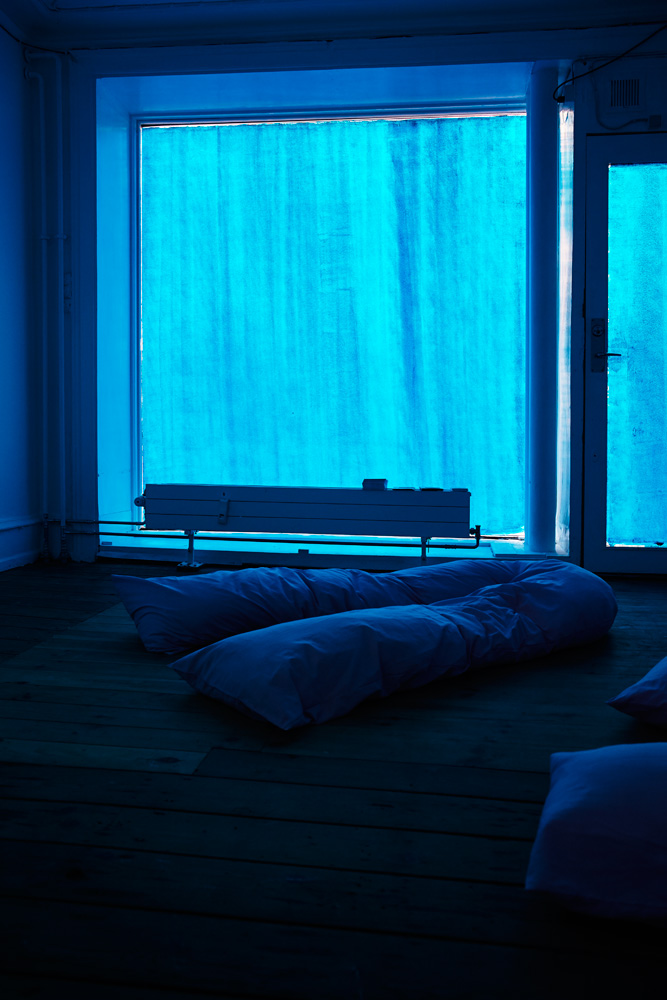 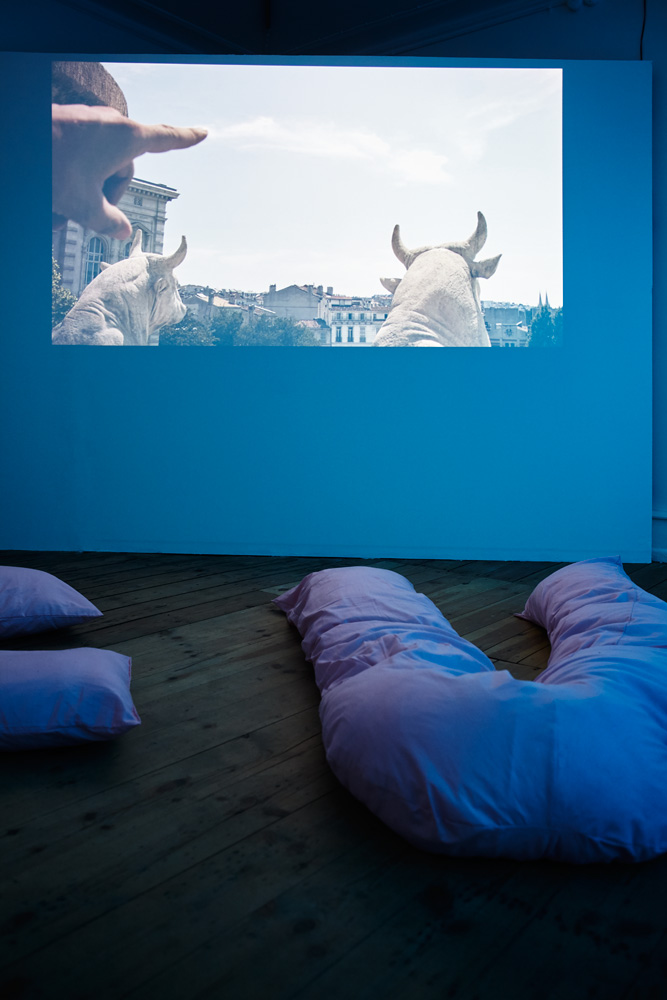 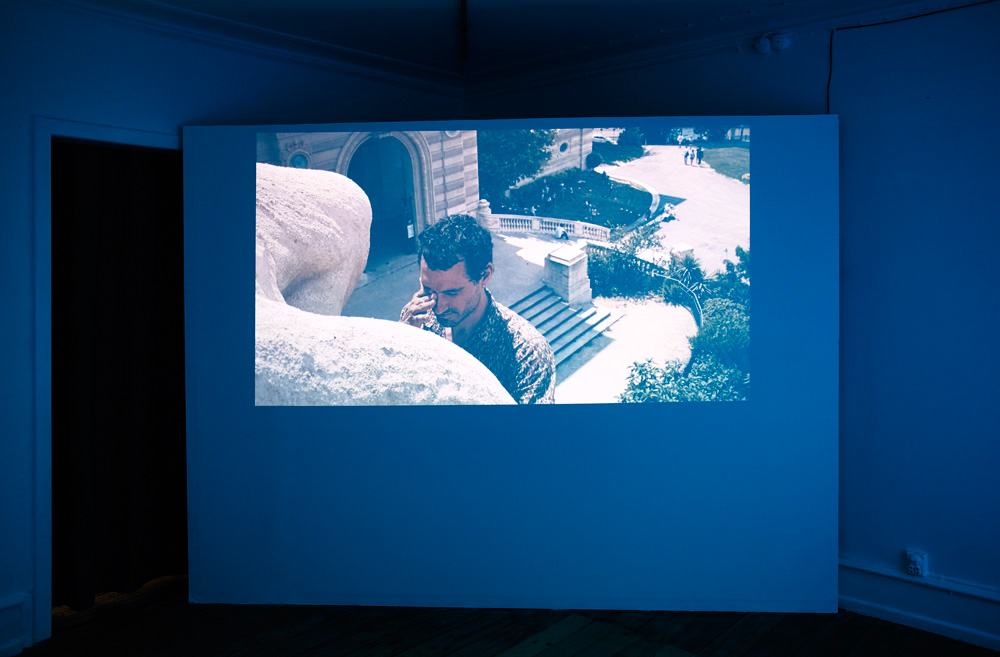 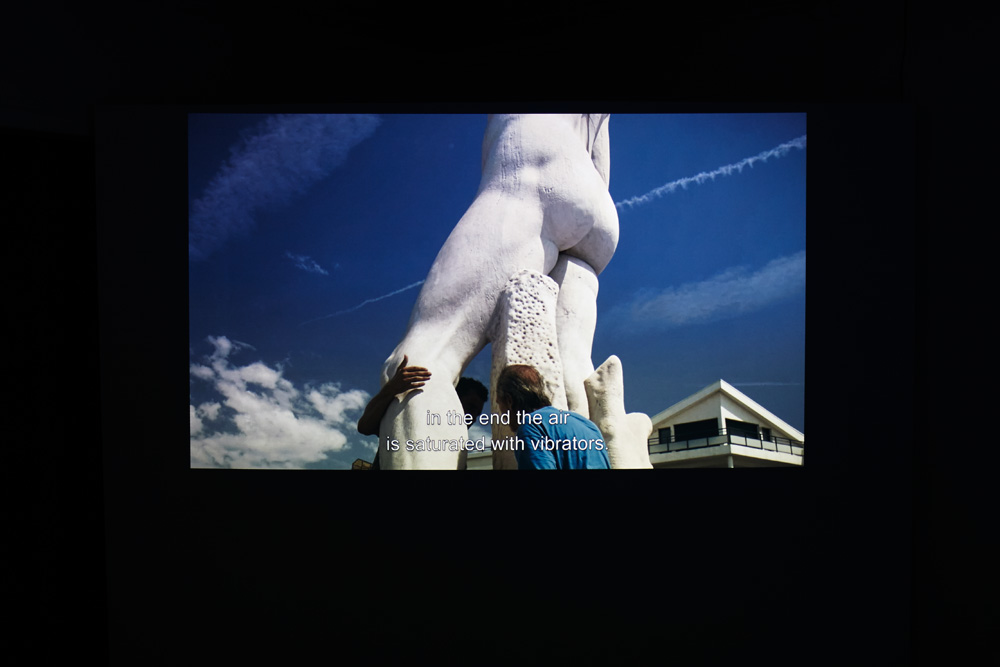 The artistic film L’Obstruction centers around a character who constantly finds himself in situations of verbal and physical blockage. L’Obstruction addresses the impossibility of critical public speech and the subsequent anxiety it generates. The struggle with language and meaning is experienced by the character in the film - stuck between a strong intent and a delivery of mumbles and sentences - brings his sweating body and emotional state to an absurd point of crisis, pointing with a biting humor to the affects conveyed by the current neoliberal context. The bodies of the silent listeners join the city's overwhelmingly desirable and literally hot presence. Their gazes, whether apathetic, intense or mocking (depending on our level of paranoia), add to the increasing temperature obstructing the speaker's ability to touch the audience and deliver what he refers to as an important educational discourse. Trying to make sense, he holds on to a broken speech navigating anecdotes about worker conditions and comments on economy, supply and demand, desire and politics. Sex plays as a metaphor of the disruption: directly, through the unavoidable and comical presence of the monuments’ curves, their genitals carved in stone, the oversized calf from a copy of the infamous 'David' (that the character comes close to hugging), but also through the surrounding pulse of the city that parasitize thoughts with excitement, urges, images, and power.

This exhibition and new commission is curated by Céline Kopp, director and curator of Triangle France, in dialogue with Iben Elmstrøm from SixtyEight Art Institute. Presented as the artist's first solo exhibition in Denmark, we see this exhibition as the first step in the many conversations that can be drawn from the rich thematics explored in Liv Schulman's work and as a direct form of independent cross-institutional and cross-regional collaboration/exhibition-making in Europe.

Liv Schulman's (b. 1985 in Argentina) work centers around the practice of writing. Whether through fictions, films, theatrical performances or diaries. Language, often enacted by interchangeable bodies, seems to spin out of control to the point of blurring and blending stories, creating absurd connections, and giving light to a paranoid yet acerbic and parodic vision of the social world, based on the alienation of bodies, the devaluation of identities, and the complexities of desire for meaning.

Liv Schulman has shown her work at several festivals devoted to video/performance in Brazil and Argentina, as well as at the Museum of Modern Art in Buenos Aires. Her work has been included in group exhibitions internationally, including recently at the Bienal Arte Joven, Buenos Aires (2017); Galerie, Noisy le Sec; Les Ateliers - Biennale de Rennes (2016), the Contemporary Art Museum of Rosario, Argentina; and Chisenhale, London (both 2012) among others. She is currently preparing a solo exhibition at Piedras Gallery in Buenos Aires, Argentina, as well as a solo exhibition at Zoo Gallery, Nantes, France.

Céline Kopp has held, since 2012, the position of Director of Triangle France, a non-profit visual arts center based in La Friche la Belle de Mai in Marseille. In this capacity, she recently curated Liz Magor’s first European solo exhibition, as well as Erika Vogt’s, and the first French exhibition of Chicano artist group ASCO. She has recently commissioned and/or, produced new works by artists such as Charles Atlas, Eva Barto, Jean-Alain Corre, Margaret Honda, Clémence Seilles, Cally Spooner and Laure Prouvost, among others. She was a Marjorie Susman Curatorial Fellow at the Museum of Contemporay Art in Chicago (2008), and curator of ART2102 in Los Angeles (2006-2007). She has contributed to magazines such as Artpress, Cura, Domus, Uovo, 02) and publications by Phaidon, Mousse Publishings, Onomatopee, etc. She is currently working with Koenig Books for Andrea Büttner, following the artist’s first solo exhibition in France, which she curated at Mrac Occitanie, and with the UCLA Chicano Studies Research Center (CSRC) on the artist’s group ASCO. She has been appointed artistic director of the 6th edition of the Rennes Biennale (2018).

Triangle France is a non-profit contemporary arts organization, based at La Friche Belle de Mai a former tobacco factory, located in the city center of Marseille. Triangle France aims to promote the emerging international art scene through a challenging and experimental program of artist’s residencies, exhibitions, events, new commissions, and publications. Triangle France supports the production and presentation of new forms of artistic activity and aims to create dynamic relationships between art, artists, and audiences both locally and internationally.