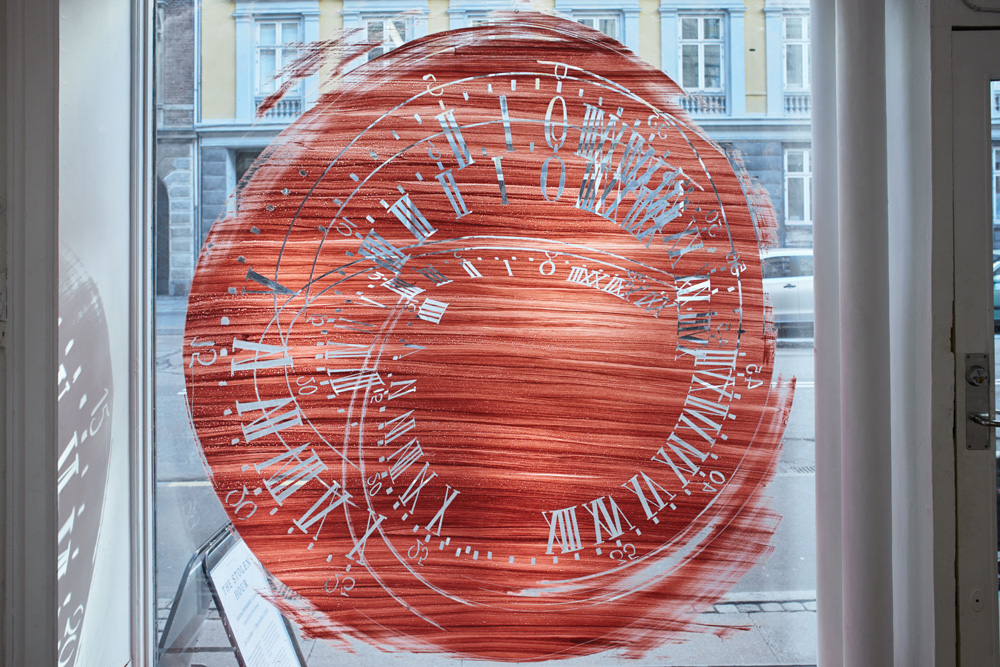 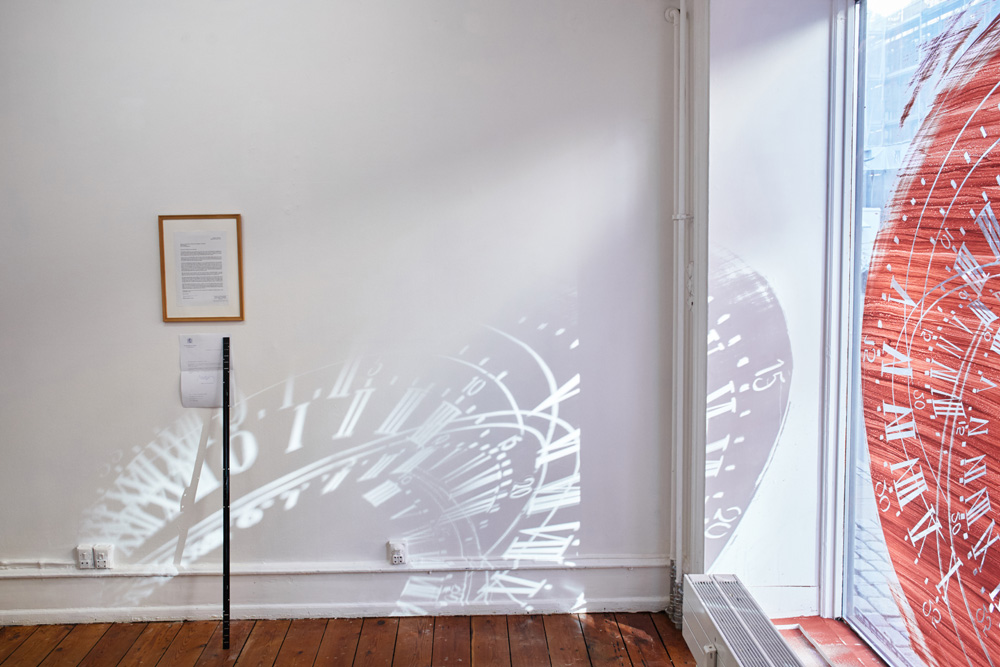 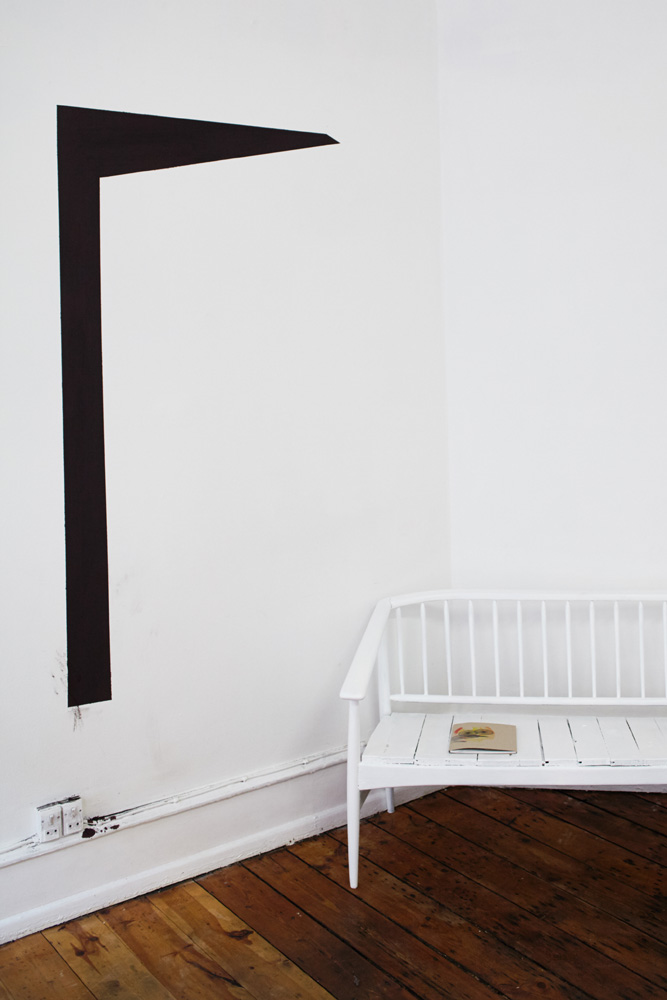 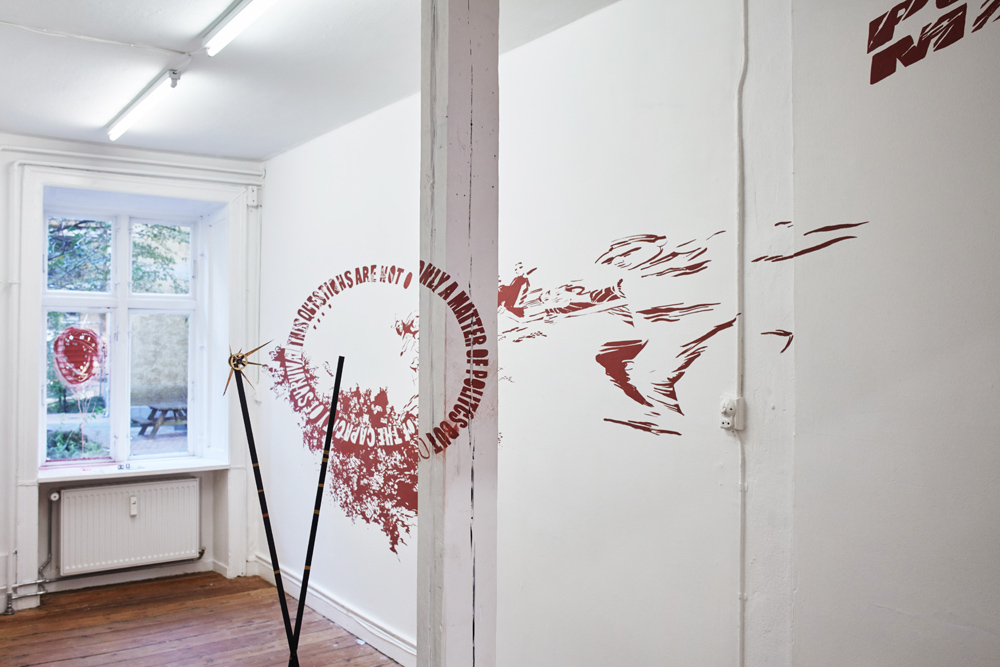 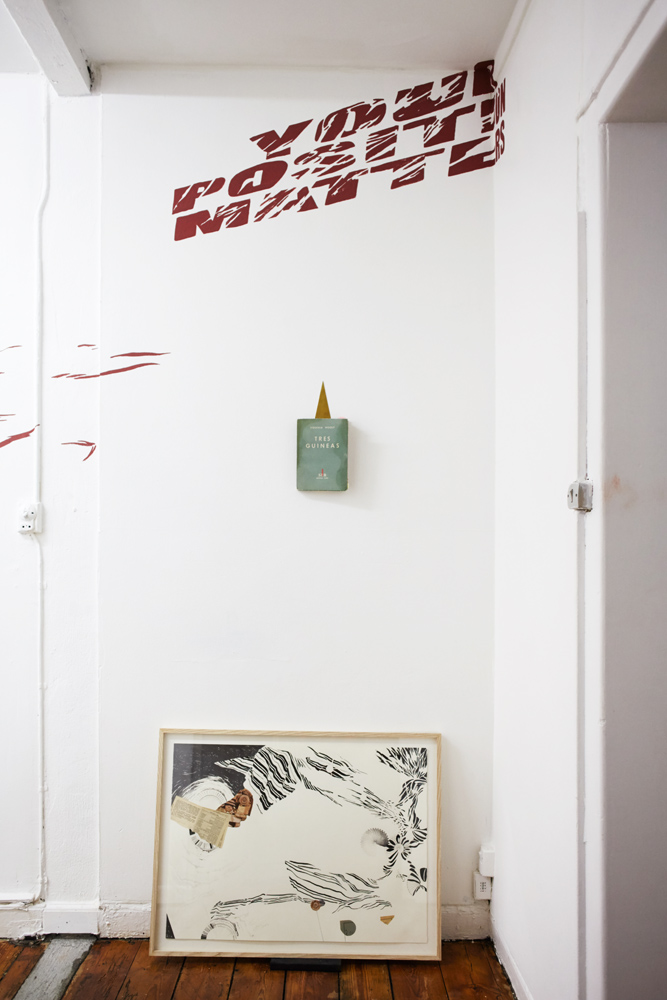 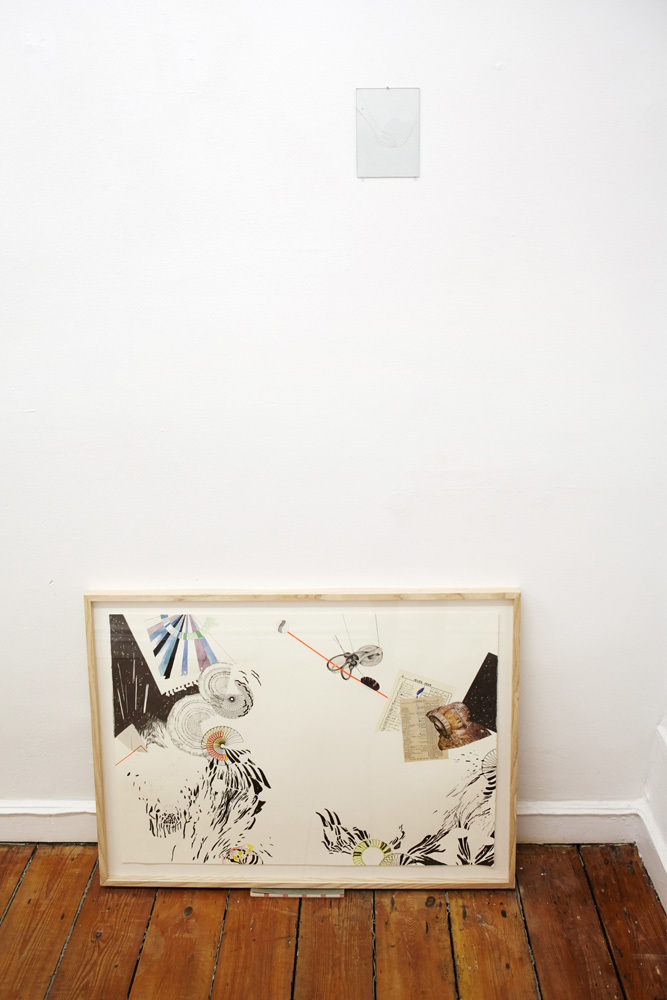 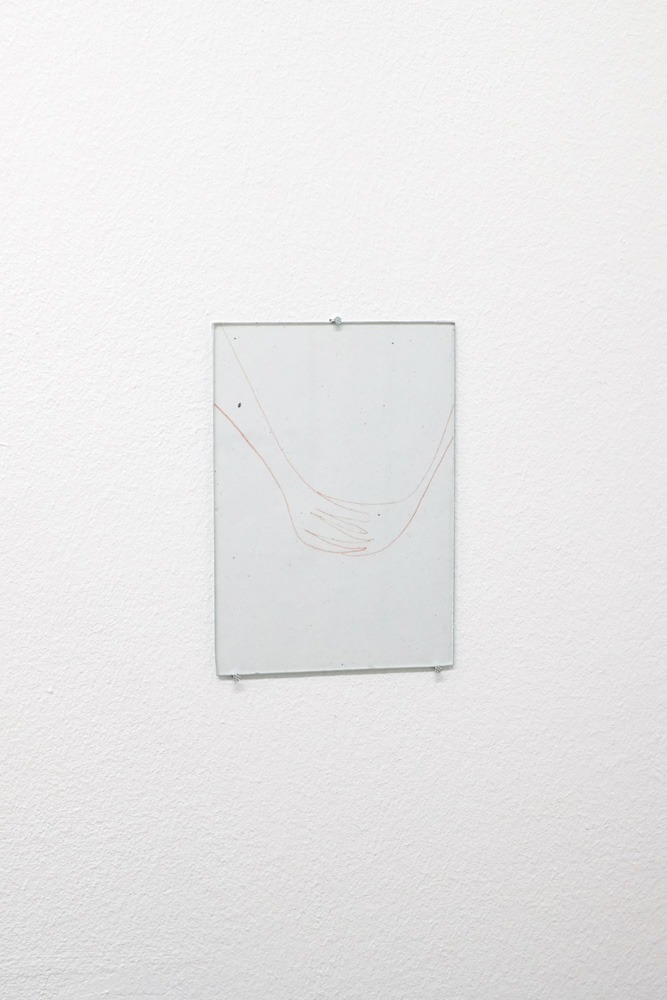 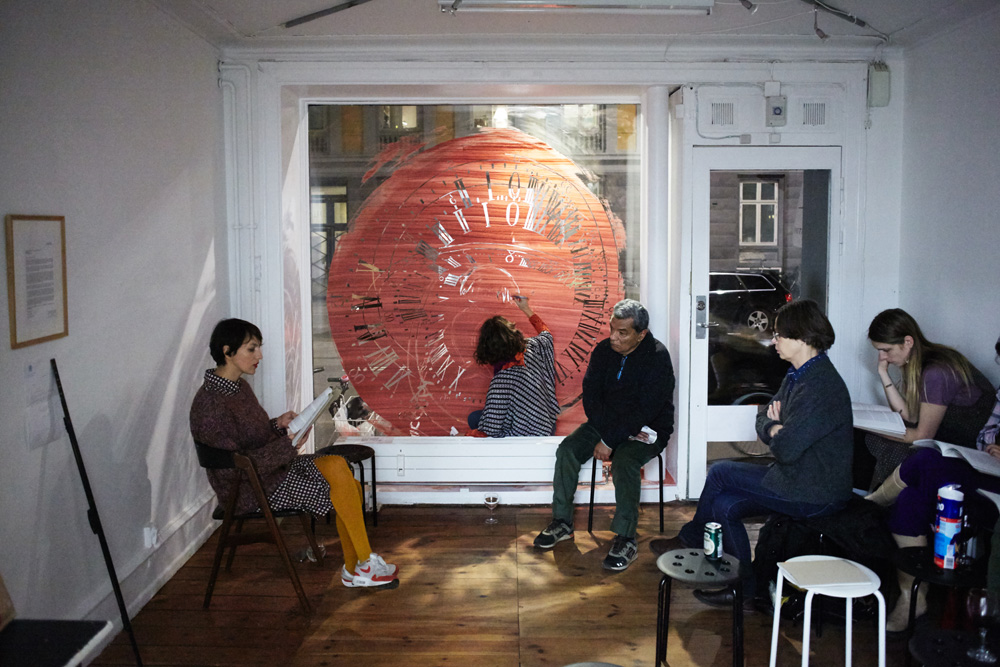 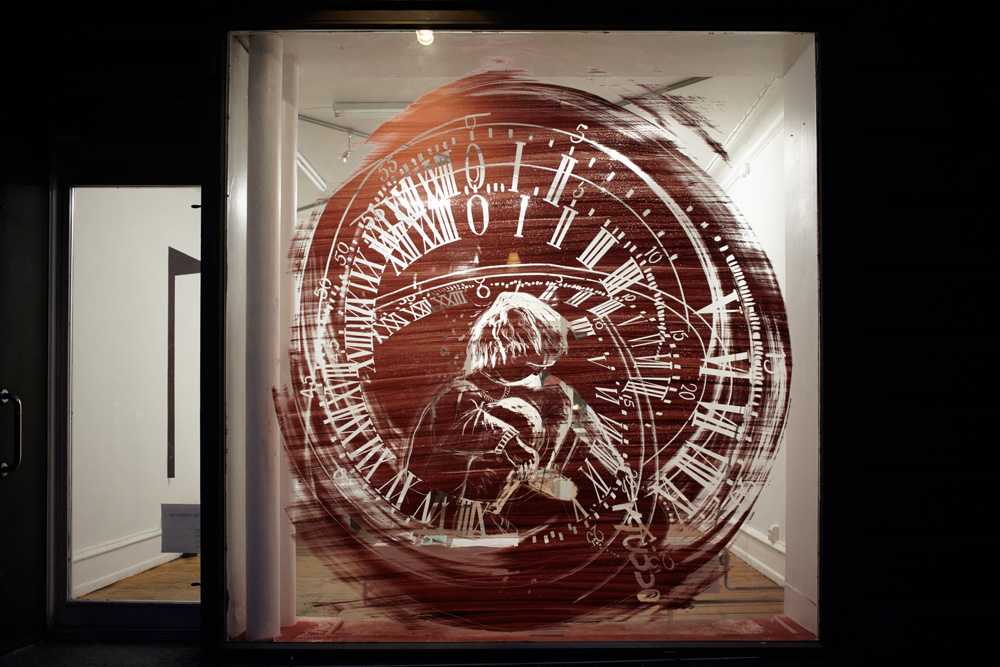 SixtyEight Art Institute presents our next exhibition The Stolen Hour featuring works by the Spanish artist Helena Fernández-Cavada. The installation of drawings, documents, and objects marks the artist’s first solo exhibition in Copenhagen, which has been organized for SixtyEight by our resident Assistant Curator, Clara Bernal.

The Stolen Hour consists of new artistic research looking to tie the act of daily drawing to functions and dialog in the world; with the intent to open a public debate on the issues drawn in the objects of the show. The exhibition brings the work of Fernández-Cavada into ideas surrounding familiarity, contradiction, togetherness, populism and imagined communities. Like those which decades after–in post-dictatorship democracies–have left unspoken emotions between different groups unresolved or perhaps unhealed.

The exhibition unfolds through two streams of focus - the silenced voices of women caught in fascist periods, and Franco’s decision–one among many that mark him as a dictator–to force the Spanish time zone to synch with that of Nazi Germany. This decision abandoned the internationally adopted Greenwich Mean Time (GMT) and was performed as a gesture of loyalty to Berlin (and therefore a break with London).

Throughout the exhibition, the tension between the formal relationship between artworks and representation functions as an optical and conceptual trap, where not only the decisions made in the past and their impact on the present are questioned, but also on the viewer's own perception. As such, through drawings, texts, historical data and printed matter, Fernández-Cavada invites the public to interact with the works and help imagine a new way of using our recaptured time, initiating the possibility for permanently closing the wounds of the past through the recovery of an hour lost, such as the one stolen by Franco.

The Stolen Hour, also explores Virginia Woolf's essay ‘Three Guineas’ (1938), in which she confronts the question of how the looming war can be avoided. She analyzes the discrimination of women and lays claim to their right to receive the same education and have the same professional and social opportunities as men, seeing in their exclusion from education, the professions, and the public sphere a root cause of conflicts. Pondering whether she should support new causes with money donations, such as a society to stop war, a campaign to support the rebuilding of a women’s college, and an organization to promote women’s employment in the professions, ‘Three Guineas’ offers a critique of patriarchal systems operating in the democratic England of the time; and of how their societies of control connected it with the fascism of contemporary regimes. To this end, Fernández-Cavada’s works draw attention to the historical silencing of women who interpret and contest democratic order, and those who clearly warn that this gives way to ordinary forms of fascism as they are normalized through silencing.

The exhibition is also complemented by an exchange of letters between the artist and the independent curator and sociologist María Berrios, which explores the possibility of a new time zone for Spain, one away from the time of war and fascism, interrogating the public, creating unexpected connections across time and space, and/or penetrating our senses into places which even words can barely reach.

Helena Fernández-Cavada (Madrid, 1979) is a visual artist currently based in Malmö, Sweden. She draws every day in order to pose questions and spend time with them, a process which Hannah Arendt called ‘understanding’, one that ranges from the questioning of established relationships to emerging contradictions as an attitude to life. She has exhibited widely both in Europe and the Americas.

Clara Bernal (Seville, 1984) is an Assistant Curator for SixtyEight Art Institute, whose curatorial residence has been made possible by The European Exchange Program for Entrepreneurs of the EU. Her curatorial research involves questions of empathy and human experience within artistic and design processes. Looking at the relations between space and the individual and how these impact our state of mind. She currently lives and works in Copenhagen.

SixtyEight Art Institute is an artistic/curatorial research organization looking to uncover, develop, and further exchanges between artists and curators and their creative labor. The exhibition The Stolen Hour is the third installment of our two-year program of exhibitions, Modes and Notes on the Local which is kindly supported by Københavns Kommunes Billedkunstudvalg and the Danish Arts Foundation.