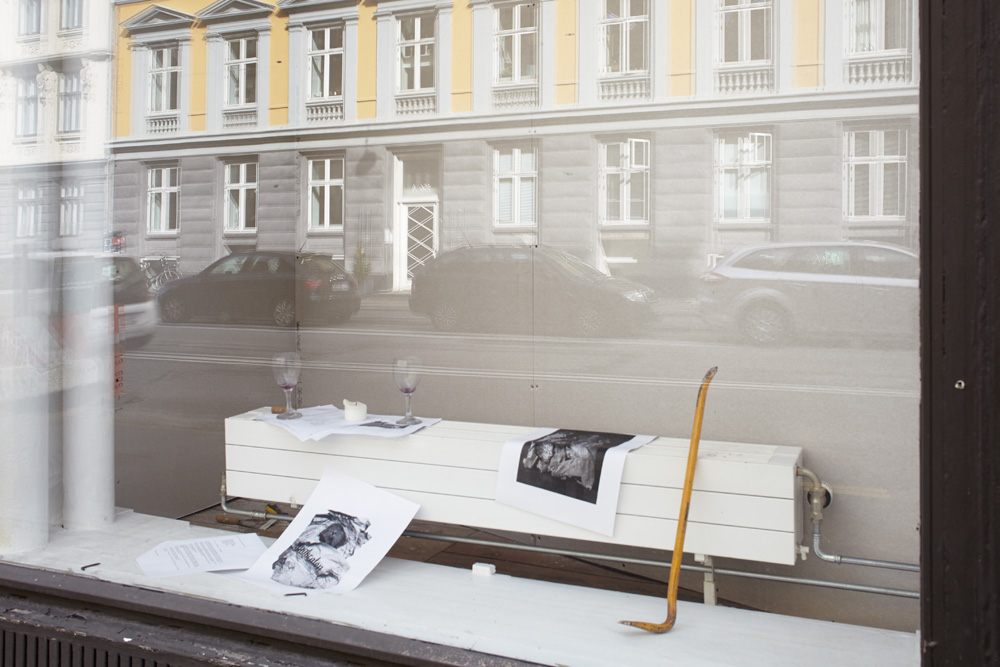 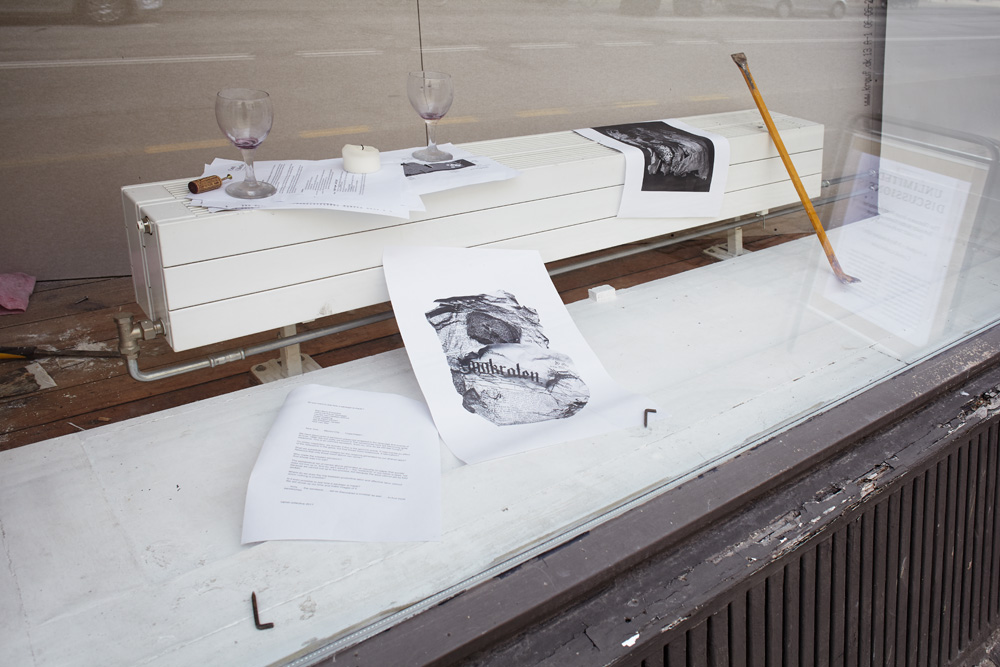 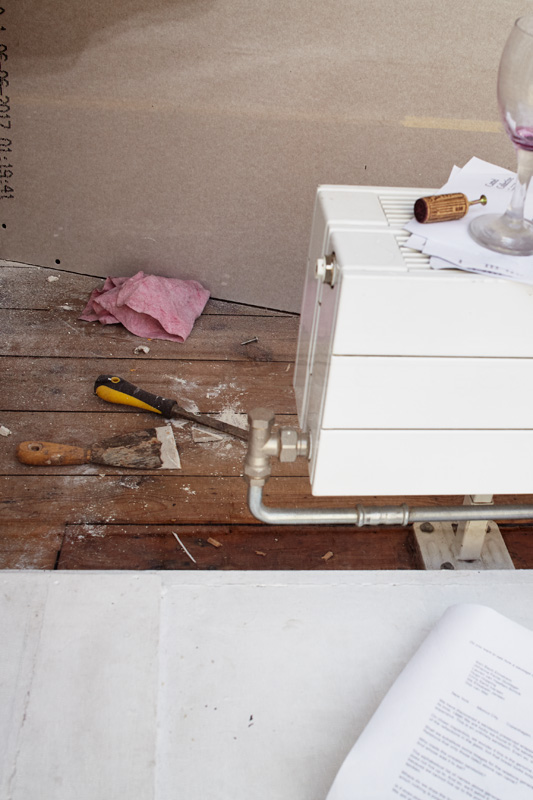 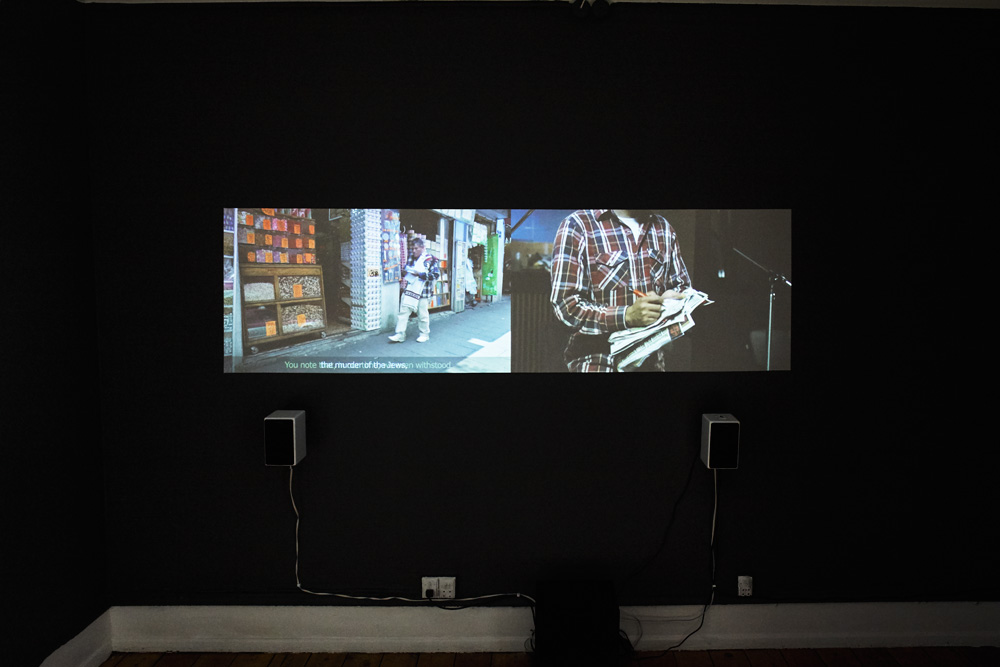 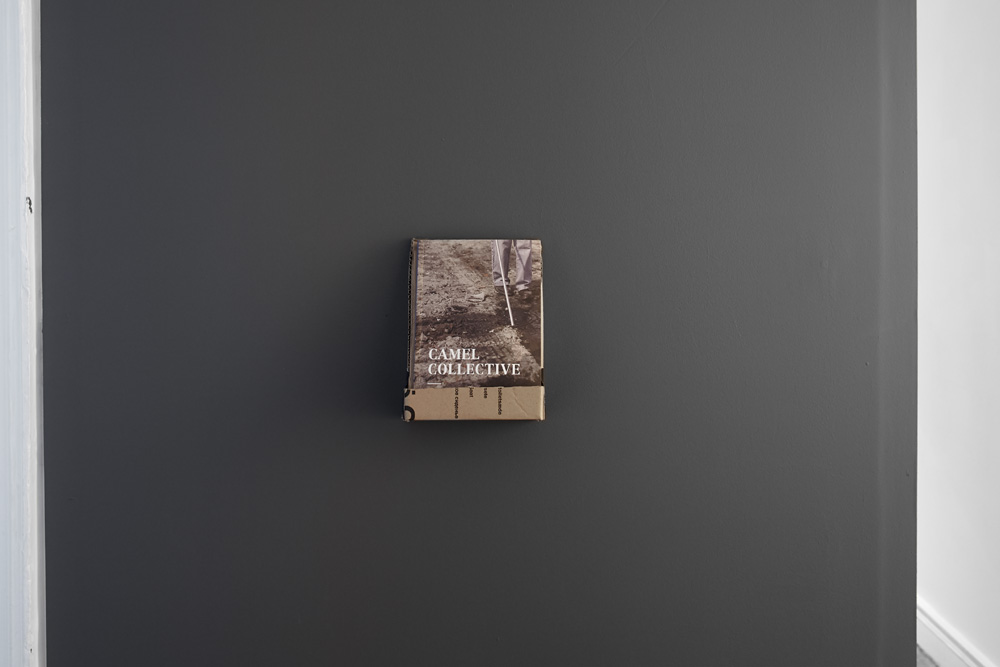 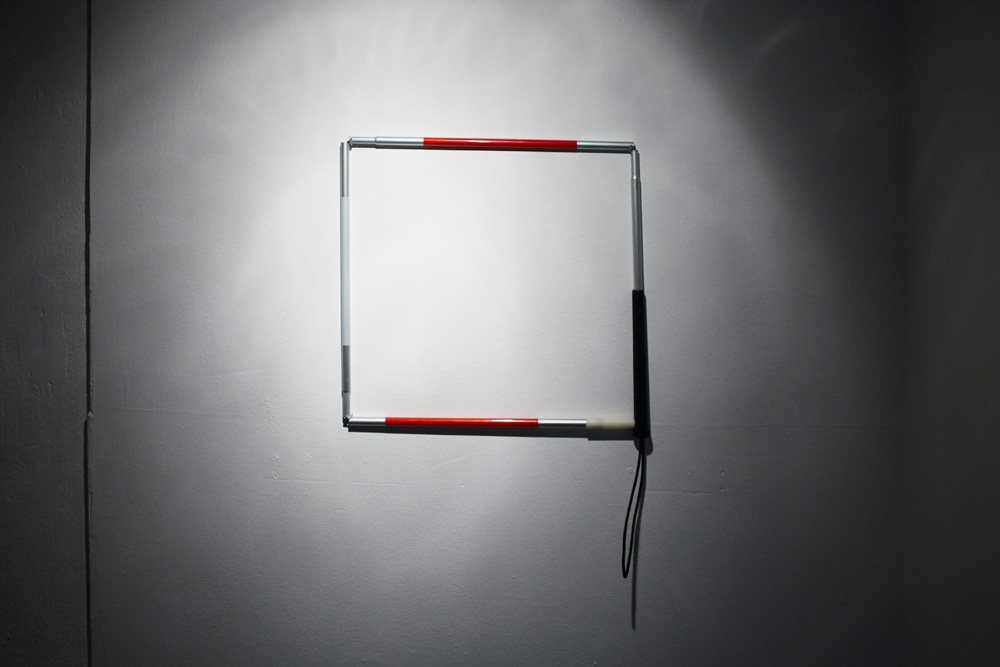 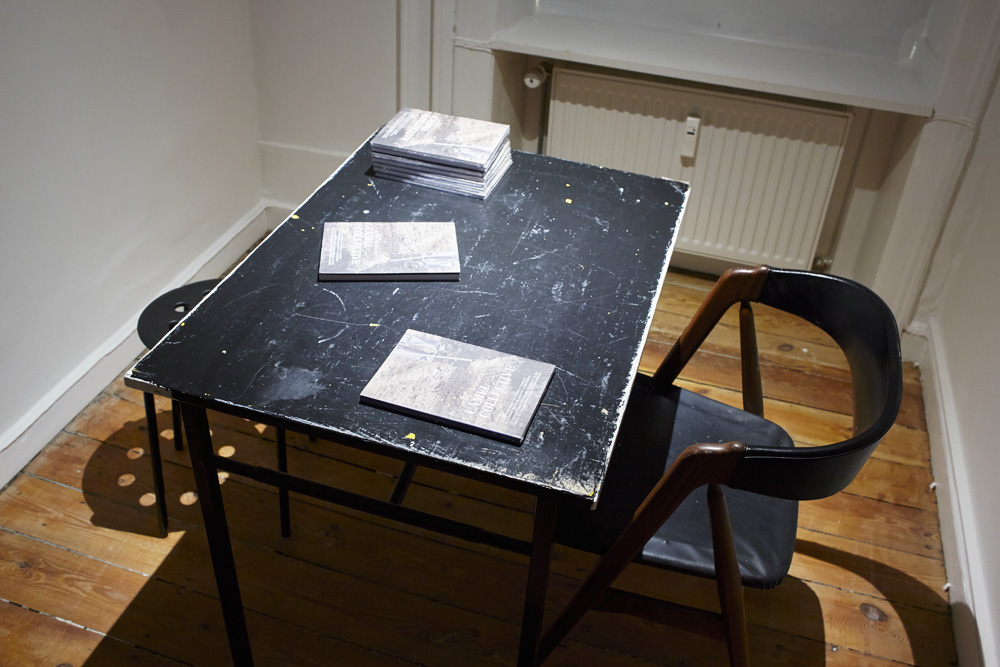 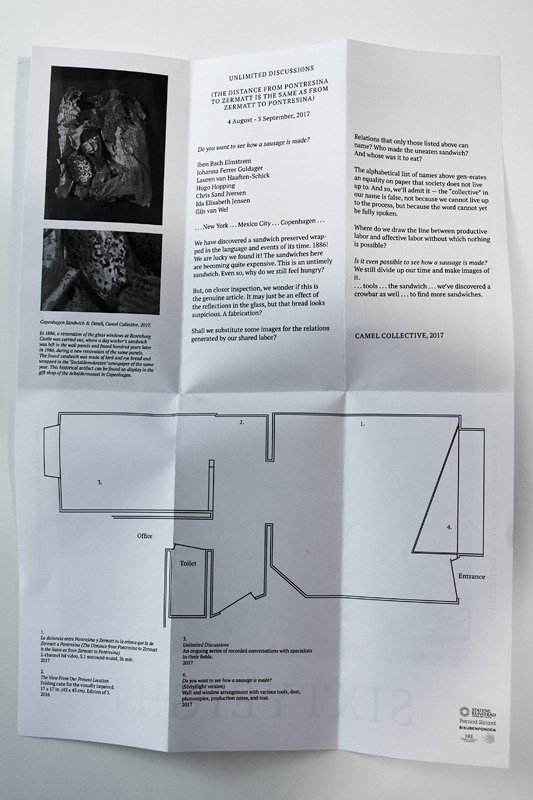 If it can be claimed that critical artists make the invisible visible, then what comes after that? Is it enough to reveal the apparatus of production? does this dispel the illusions to which we are so prone? or does that process itself generate another “sublime object of ideology” in the place of this knowledge? Camel Collective confronts these question in their work, seeking to de-fetishize and make critical — that is, make available for thought — the processes of production and self-production to which we are all subject.

In The Distance Camel Collective asks us to meditate on our own blindness to historical contingencies and the ethical limits of intellectual thought and social movements. The work is a two-channel projected video installation with multi-channel sound. The video’s narrative follows two blind men as they each navigate a complex terrain: downtown Mexico City and El Bordo de Xochiaca landfill. The actors read from the last letters exchanged between German philosophers Theodor W. Adorno and Herbert Marcuse in a sound studio while a team of Foley artists (or Gaviras) add sound effects that complete the cinematic verisimilitude of the moving images. The two philosophers debate the revolutionary potential of the 1968 student movement and the constraints of their own versions of critical theory.

In this work, Camel Collective generates an exploded view of production. The artists provide a framework to trace the problems of radical social movements past and present that would trouble any reductive accounts of theory and practice, production and product.

Anthony Graves and Carla Herrera-Prats have worked together as Camel Collective since 2010. Graves & Herrera-Prats’ artworks are motivated by research into marginal histories and critical pedagogies. Their works in performance, video, sculpture, and photography think through the contradictions of contemporary labor and the myths of cultural production, bringing together collaborators from a variety of professions.

Anthony Graves (b. 1975, South Bend, Indiana) received his BFA from the School of the Museum of Fine Arts, Boston, his MFA from Cornell University, and was a fellow at the Whitney Independent Study Program in 2004–5. Graves is represented by PARQUE Galería, Mexico D. F. Graves’ work explores the problems of narrative structure, intellectual histories, and the inscription of labor in cultural production. His work is peripatetic across mediums, employing the visual languages of theatrical dramaturgy, performance, video, and sculpture.

Carla Herrera-Prats received a BFA at "La Esmeralda," in Mexico City, and an MFA in Photography at CalArts, Los Angeles. She was a fellow at the Whitney Independent Study Program in New York, and has taught at Cooper Union, California Institute of the Arts, the School of the Museum of Fine Arts in Boston, and the Department of Visual and Environmental Studies at Harvard University. Herrera-Prats has been the director of SOMA Summer since its inception in 2010.