I am also stepping on wet sand

Curated by South Into North 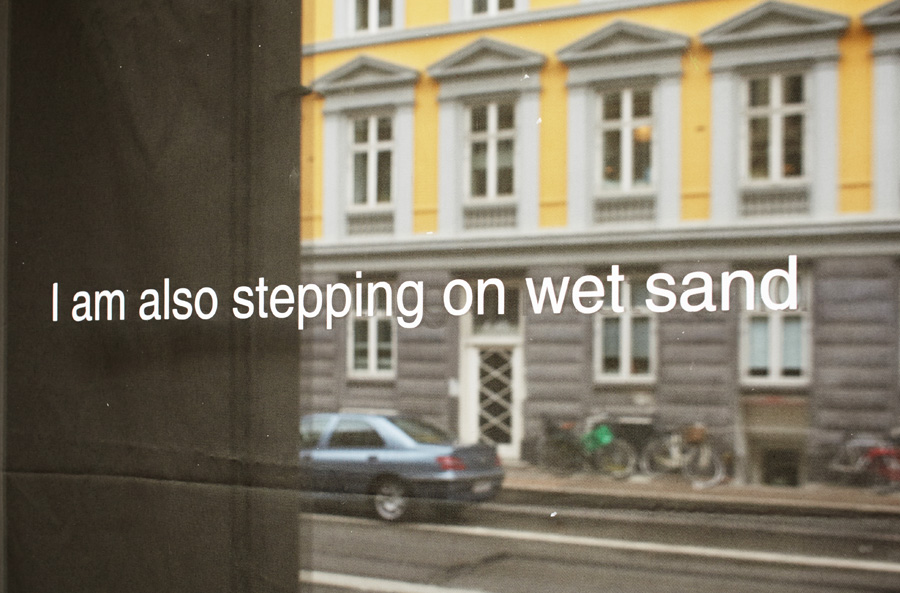 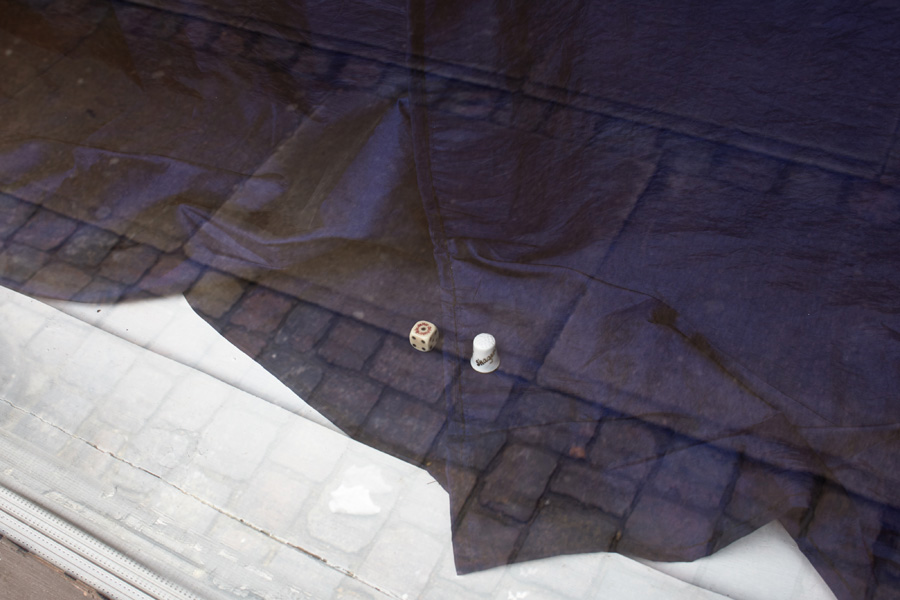 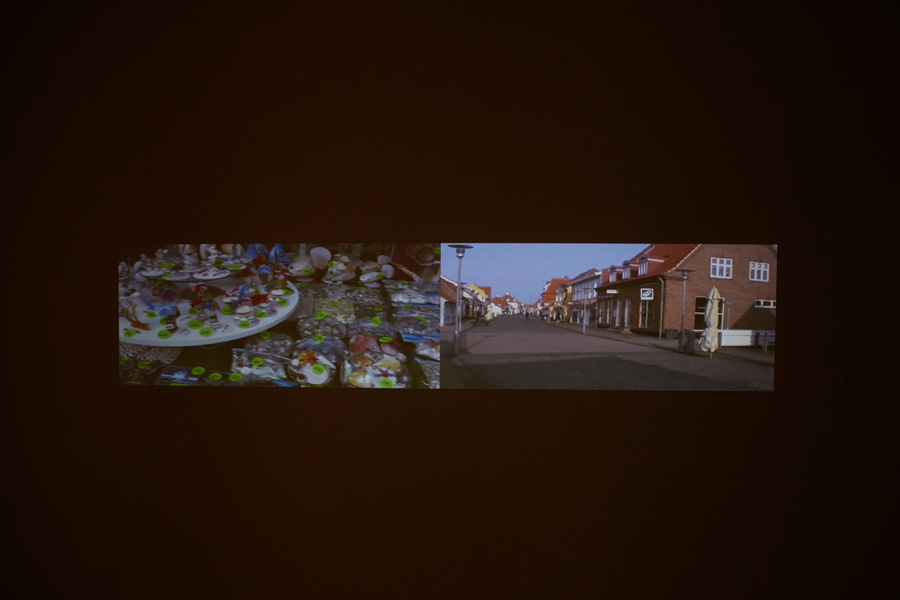 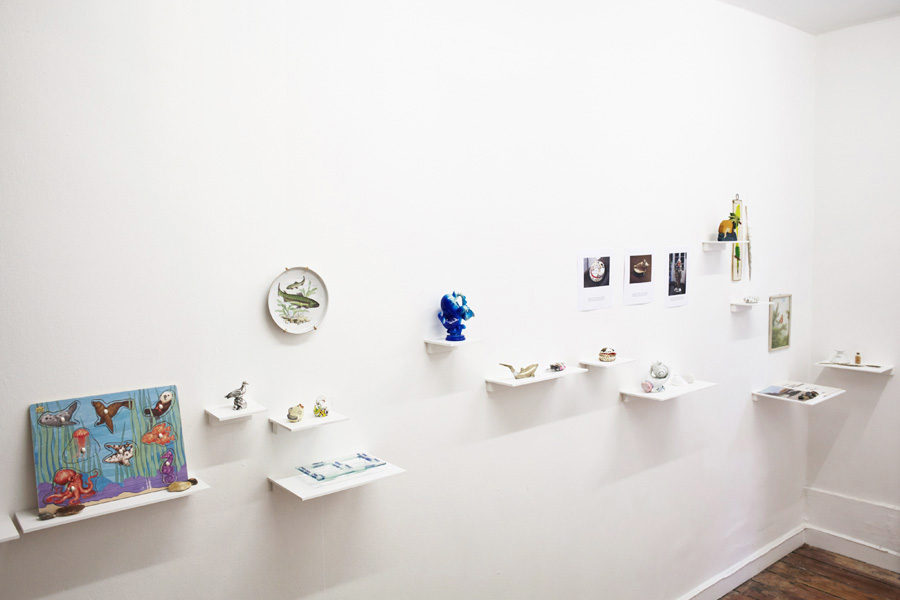 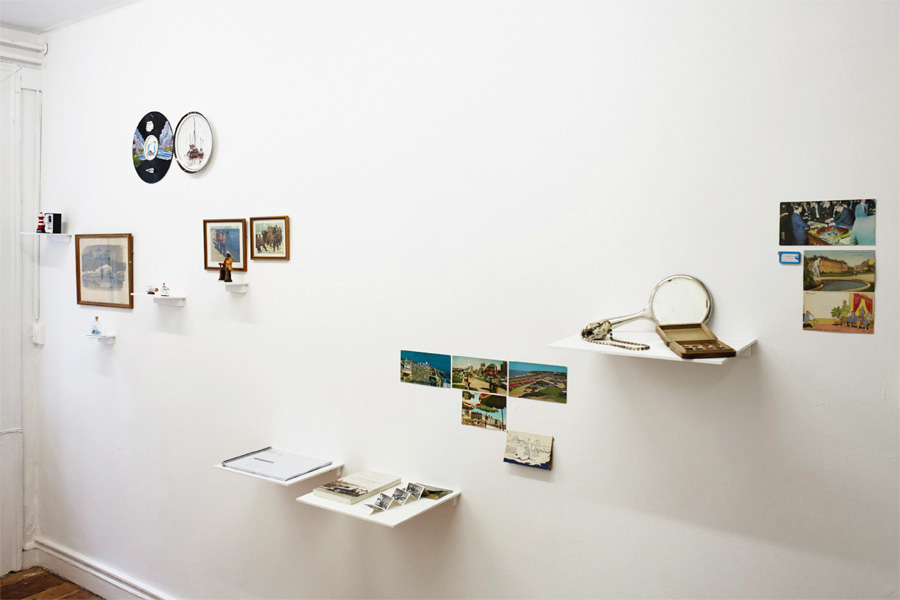 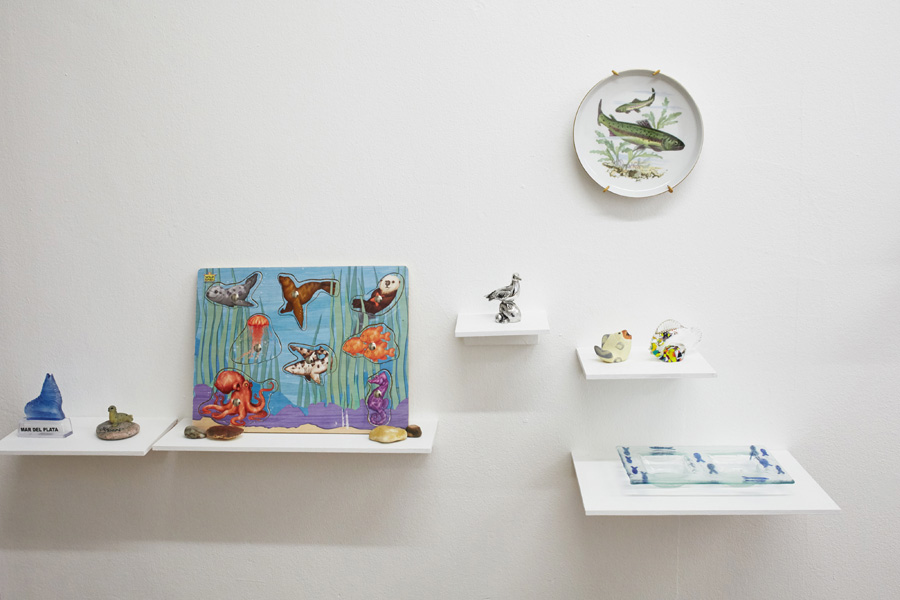 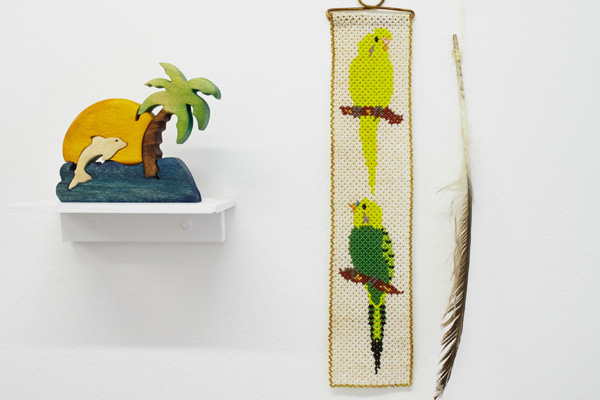 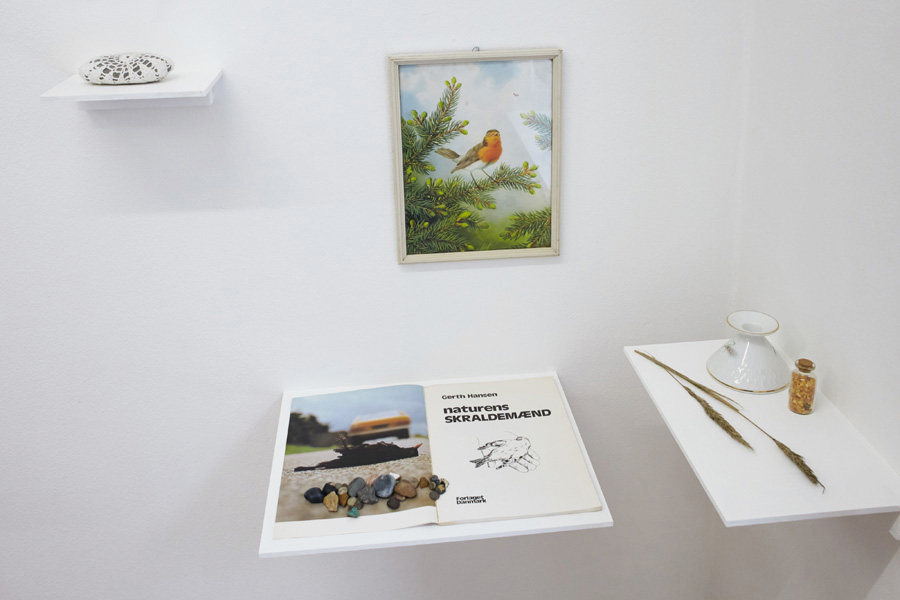 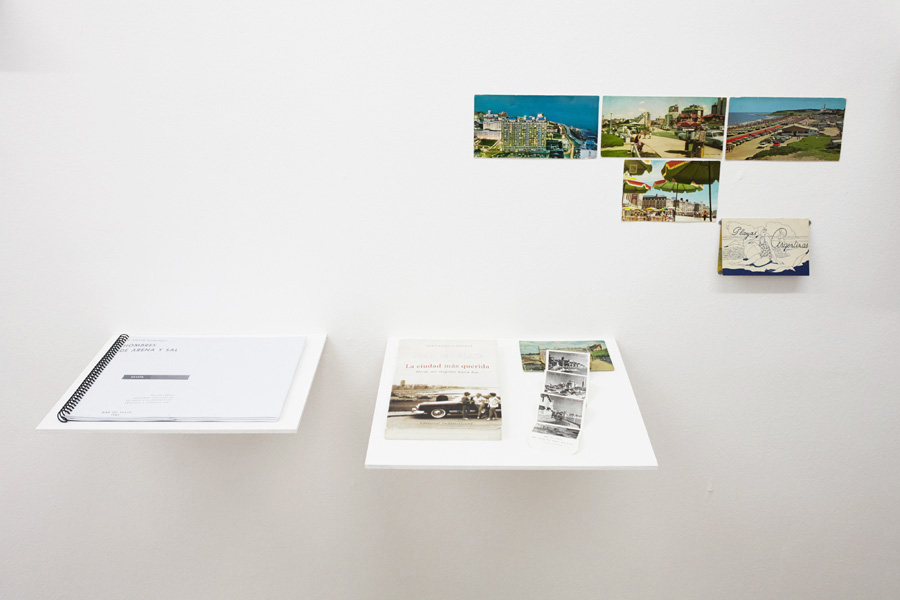 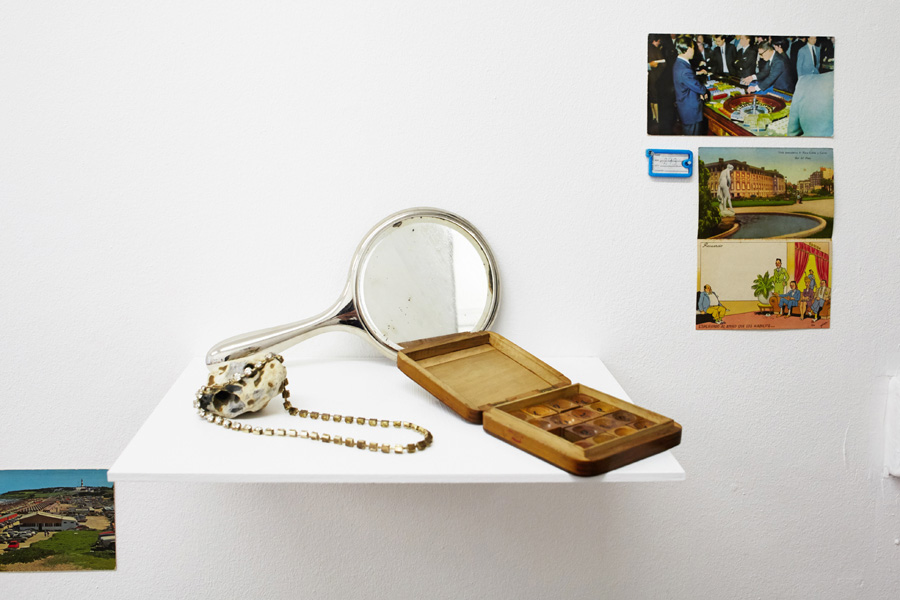 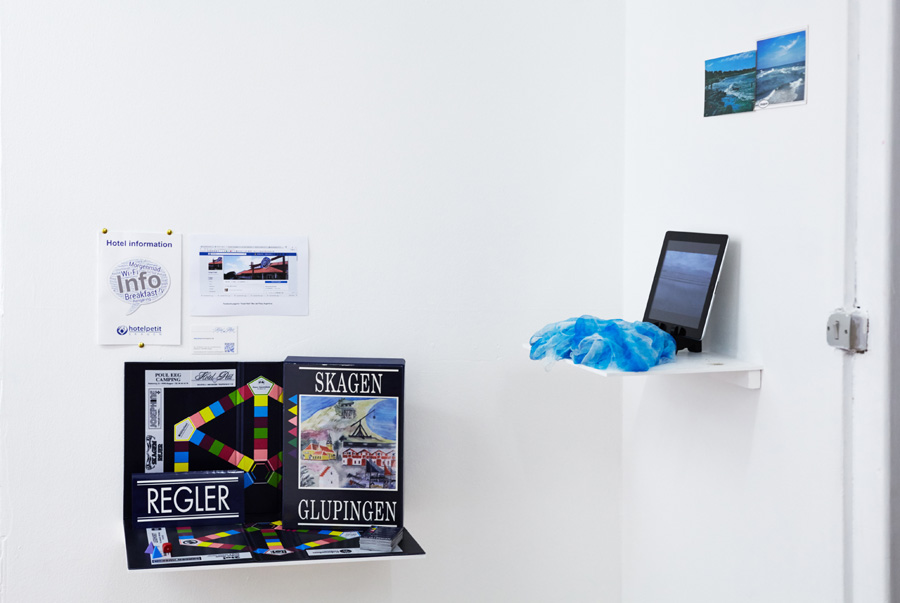 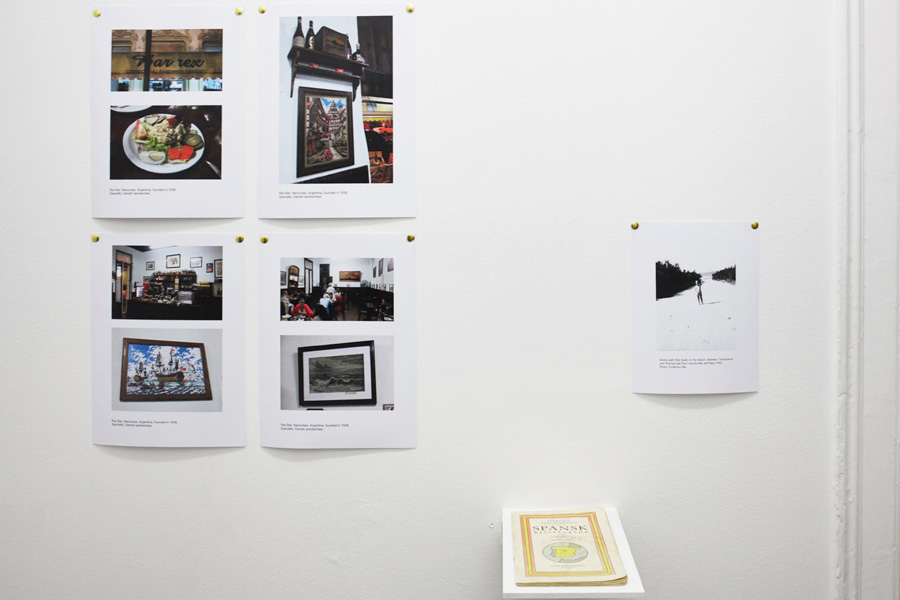 SixtyEight Art Institute proudly presents I am also stepping on wet sand by Carla Zaccagnini and Santiago García Navarro, an exhibition curated by Julia Rodrigues and Francesca Astesani of the Copenhagen-based curatorial initiative South into North.

The exhibition I am also stepping on wet sand started as an exploration of parallels between the towns of Mar del Plata and Skagen observed by the artist Carla Zaccagnini and writer Santiago García Navarro. Both began by thinking about the cultural life and legacy of these regions from the late 19th and early 20th centuries, to develop a project that ended up being mainly about erratic encounters at a distance and the failure of communication. Combining their thoughts into a representational ecology of experience, moving forward as a cognitive collaboration between regions, space, and time.

From these parallels, the exhibition considers the destination culture given in the coastal regions of Argentina and Denmark. Looking sharply at the archeology of encounter scripted in the destination–in this case the beach resort–which as a typology of the contemporary holiday is solidly embedded as a staple of modernity. In their own words, Zaccagnini and García Navarro are "looking at the moment in which staying for holidays at the beach began to be a usual practice in Western countries."

During their research, they found that the distance by car between Copenhagen and Skagen (414 km) is nearly the same as the one between Buenos Aires and Mar del Plata (404 km). One driving North, and the latter South. Among other things, the artworks in this exhibit reflect on the famous expression the “invention of the beach” (by the French historian Alain Corbin) that thinks of the beach as an existential innovation which emerges out of the contradictions withholding the modern subject.

Departing from this coincidence, the artist/writer decided to focus on a project rendered as a “trip of symmetries,” where García Navarro visited some iconic sites in Mar del Plata at the exact same time as Zaccagnini visited their counterparts in Skagen. This aesthetic and somatic synchronization was arranged to link these coastal towns and the travelers' experiences in them. One stayed two nights at Hotel Petit in Skagen, the other having to change plans when finding that the Mar del Plata hotel of the same name was now closed. The time difference of five hours, the heaviest rain in the last fifteen years at the Argentinean beach resort during the two days, and the connection failures of contemporary technology, all contributed to several ruptures in the original plan. The little coincidences that emerge, both in the video documentation and in the memorabilia brought back from the parallel journeys, aim to stitch together the intimacy, surveillance, and dérive of scripted space, which together are encompassed by the resort, the harbour, the marina, the souvenirs, the individual, and of course, the Hotels Petit themselves.

Carla Zaccagnini is an Argentinian artist, based in Malmö and São Paulo. Her work is often concerned with the fallibility of perception and she has created many works which are deliberately disconcerting and require mental agility from the viewer to decode what may be happening in any given piece - a fair comparison may be to imagine Escher's Infinite Staircase without actually seeing it. Zaccagnini often works on site-specific installations or in projects carried out as part of residencies in which she reflects on the place, language, ways of relating and the editing formats of the work itself. Recent works have found the artist making private and intimate use of language, concerning herself with notions of displacement of meaning.

Santiago García Navarro (Argentina, 1973) is a writer, critic and curator based in Buenos Aires. He wrote texts of essay-fiction for books and exhibitions of artists such as Dora García, Matías Duville, Adrián Villar Rojas, Carla Zaccagnini, and Mandla Reuter. He wrote extensively on contemporary art. Currently, he is finishing his first book of fiction and working together with artist Nicolás Robbio in a project of essay-fiction that involves an installation and a book. He is also preparing a solo show by Dudu Quintanilha for the “Buenos Aires Performance Biennial 2017”, and has curated, among other exhibits, “Trust in Fiction” (CRAC Alsace, Altkirch, 2016, together with Elfi Turpin), and “Matías Duville. Mutações” (Museum of Modern Art, Rio de Janeiro, 2015).

South Into North is a Copenhagen-based art agency founded by Francesca Astesani and Julia Rodrigues in 2013. At the same time a curatorial platform and an art advisory service, South into North focuses on initiating and developing new commissions, working with contemporary art projects and clients in Denmark and abroad. From their curatorial practice are the Collateral Projects and Talks program of Chart Art Fair (2013), Cildo Meireles at Kunsthal 44 Møn (2014) Pomme de Terre, Helsinki (2014), Afgang København Kunstakademiet(2015), Ursula Nistrup at the Henning Christiansen Archive, Møn (2016).